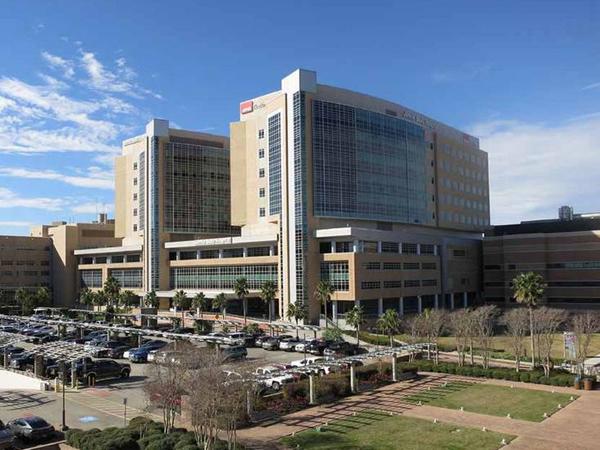 On September 13, 2008, Hurricane Ike made landfall over Galveston, Texas at 2:10 a.m. Damage and loss of life was catastrophic, with the long-lasting effects causing even more issues for the area.

Among the island’s most important installations, many of the 70 plus buildings of the University of Texas Medical Branch (UTMB) at Galveston bore the full brunt of the storm, several of which were damaged beyond repair.

But, like a phoenix from the flames, buildings were rebuilt, and a new hospital arose, which offers the best possible defense against Mother Nature, without reverting to a Fort-Knox-like appearance. A case-inpoint was the construction of the new Jennie Sealy Hospital, on the site of a smaller namesake hospital, which was being used for offices at the time. The twelve-story, state-of-the-art Jennie Sealy hospital has been designed with an additional level of hurricane resistant, thanks to a curtain wall incorporating SentryGlas® ionoplast interlayer from Trosifol™.

Ike devastated the local area. As well as all utilities being knocked out of action, other buildings on the UTMB Galveston campus were damaged, including the nearby John Sealy Hospital, which saw its basement and ground floor inundated with water, destroying the pharmacy, blood bank and its sterile processing lab. As a result of the intense storm, not only did 400 patients have to be evacuated to inland hospitals, but UTMB also lost all ability to generate in-patient revenue.

Following the hurricane, some difficult decisions had to be made regarding the future of the UTMB Campus, one of which included actually keeping it in Galveston. Following discussions with all primary stakeholders, it was argued that not only would a move interrupt the flow of new doctors from the UTMB Medical School and hinder critical medical research, but staff commute times and the strong local community support would be adversely affected, too.

The decision was compounded by the fact that UTMB also attracted significant local financial backing. As a result, the decision to remain in Galveston was made, with a goal that the UTMB Galveston campus would be constructed in such a way that it would not need to rely upon federal resources in the event of a similar weather event.

The new Jennie Sealy hospital comprises a four-story podium, with two eight-story towers rising from it. All productive areas of the hospital are now more than 7.6 m (25 ft) above sea level, with all surgical suites being located on the 4th floor. Utilities are positioned on upper floors, too. The new facility includes nearly 200 hospital rooms, 20 state-of-the-art operating suites and a 54-bed intensive-care unit.

The building’s architect, HDR, recognized that natural daylight had an important role to play in the wellbeing and recovery of patients, with numerous studies highlighting the positive benefits. As a result of this, the building was designed with an 8,500 m2 (92,000 ft2 ) hurricane-impact-resistant curtain wall, with SentryGlas® at its heart. The exterior façade of the first four floors exhibits Missile Level E glazing − the most stringent level of hurricane protection for essential facilities − while the upper floors are protected against smaller missiles, which can be carried up higher by the wind.

The first four floors deploy two layers of 2.3 mm (90 mil) SentryGlas®, while the upper levels use a 1.5 mm (60 mil) Trosifol™ PVB interlayer. Upper floors still offer protection above and beyond building code construction, which would allow the top half of the building to use standard heat-strengthened glazing.

Large Missile Level E states that a glazed panel must be capable of withstanding an impact from a 4.1 kg (9.0 lb), 2.4 m (8 ft) long, 5 x 10 cm (2 x 4 in) timber projectile travelling at 24.38 m/s (80 f/s). Large Missile Level D (half the impact energy of Level E) has been the standard for hurricane impact testing for the past 20 years, but it is believed the Jennie Sealy Hospital is the first installation of Large Missile Level E glazing in an Essential Facility in Texas, with the Florida Building Code soon following this precedent.

As well as offering protection against wind-borne debris, the curtain wall façade also plays an important role in both thermal management and external appearance. As a result, 11 different glazing types were used, with various combinations of low e coatings, interlayers, glass colours and surface treatments.

According to Greg Galloway, ProTek® Brand Manager at YKK AP America Inc., who supplied its YHC 300 curtain wall: “Missile Level E was always in the standard, since its original conception, but at the time there were no interlayers that could reach this level of performance. In 2009/10 we tested SentryGlas® in our curtain wall system and found that we could offer this Level E performance, but there was very little uptake in the market, as few people were prepared to pay for this additional level of protection. The decision was then made to use the system in the new Jennie Sealy Hospital and since then it has seen adoption into the Florida Building Code. We are now seeing its deployment on a regular basis in Florida and other areas of the Gulf Coast.”

“The new hospital is a great example of damage mitigation,” Galloway continues, “and this is not just down to the curtain wall. Some are largerscale ideas, such as putting all power and computer systems on higher floors, while others are simpler, but no less effective, including putting power outlets four to five feet off the floor. The hospital has also deployed wall materials and insulation that can handle being saturated before drying out with no mold being created.”

Severe weather conditions are a fact of life in some states, with once-in-a-lifetime events causing immense disruption. By seeking the capabilities of advanced materials and structures, the Jennie Sealy Hospital is now in a strong position to literally weather the storm should such an event occur again.

By planning upfront it now has the confidence that it will remain in operation, delivering vital medical care to the surrounding inhabitants. Finally, to quote a fifth-generation Galvestonian, “We probably won’t get hit like that for another 50 to 100 years, but if we are, we’re probably better prepared than anyone else to take it.”