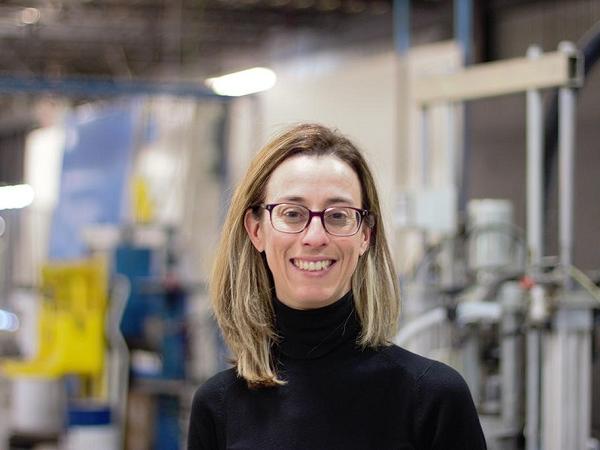 Executive Vice President Mélanie Mercier of Laurier Glass, located just southwest of Québec City, recalls her rather daunting introduction into her family’s glass tempering business. Just as Mélanie was preparing to join her sister Caroline as co-owner of the now 67-year-old company, Laurier was forced to change the way it was doing business.

Laurier Glass was founded by the Mercier sisters’ grandfather in 1950. In a natural progression, their father took over the company and, in due time, had no hesitation when it came to handing the reins over to his more than capable daughters.

Since its beginning, Laurier had served as a leader in the manufacturing of mirrors for the residential industry and later expanded their operation to include glass tempering and silk screening.

However, just as Mélanie was about to join the family business in 2003, tough competition from overseas forced the company into making many significant changes, the least of which involved dramatically expanding their operations to include architectural glass. 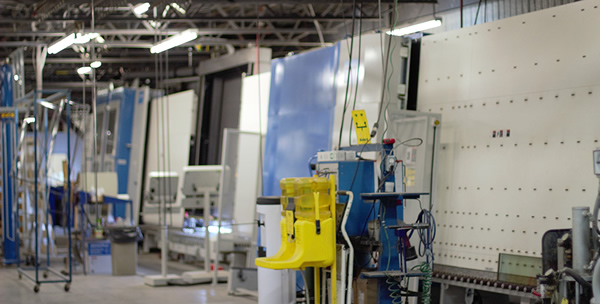 From basically producing only one thing (mirrors) to completely changing their business model, Laurier, under the brave tutelage of Mélanie and Caroline, took a giant leap of faith. They purchased machinery that would allow them to diversify and began tempering and heat-strengthening glass, produced sealed units, manufactured shower doors and spandrel glass, and delved into digital printing and silk screening laminated glass.

As it turns out, they did exactly the right thing at the right time, and today, Laurier’s specialty is their production of sealed units and the tempering, coloring, and shaping of glass.

With this diversification came a seismic shift in production so it was crucial that the company add a software solution that could handle multiple production lines. In 2008, Laurier met with a representative from FeneTech; however, Caroline and Mélanie weren’t quite ready to make the move to FeneVision. Instead, they purchased a different software solution—one did not quite fit the needs of their particular business.

This experience taught them more about what not to choose in a software provider rather than providing a solution to their production issues. In 2011, Mélanie met with FeneTech’s Horst Mertes who invited Laurier to the FeneVision User Conference. 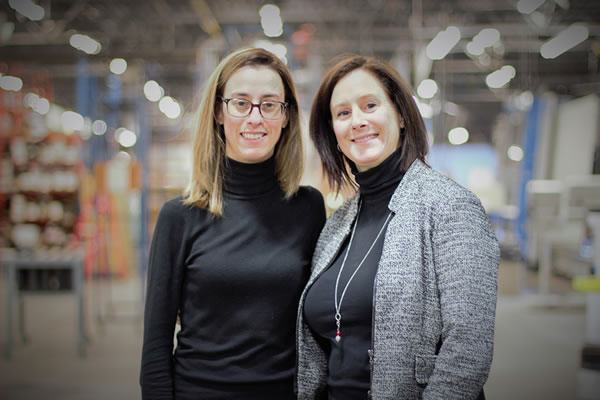 That invitation ultimately led to the uncovering of the final piece to Laurier’s production puzzle—FeneVision.

Mélanie states very simply that, “FeneVision was able to give us real time data and a clear portrait—a global portrait—of what we had in each work cell.” When asked what aspect of FeneVision has had the most significant effect on Laurier’s business, she never hesitated. “Capacity Planning has made the most impact on our production followed by CAD since It is now integrated with Order Entry. Furthermore, we can now integrate CAD with our cutting machines, something that was beyond our expectations.”

And there’s something else. Mélanie liked that in choosing FeneVision, they were choosing not only a software system but a team of experts whose sole purpose was to guide Laurier’s production staff in maximizing all the possibilities that FeneVision offers. “We—FeneTech and Laurier—we’re part of a community where we share best practices in glass fabrication. FeneTech listens to no one but its customers. With FeneTech and FeneVision, we chose a team, not just a system. FeneVision has exceeded our expectations.”

Jumping into the proverbial fire feet first was a bold step for Mélanie Mercier and Laurier Glass. Now with FeneVision guiding the way, Laurier’s achievements have come to fruition. Mélanie is certain she knows why. “I have found that if you enter into a strong partnership with your customers, and you share the same goals, then everybody succeeds. I feel the same way about our partnership with FeneVision. We have exactly the same vision.” 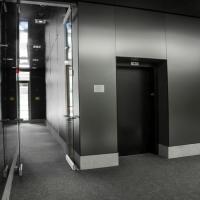