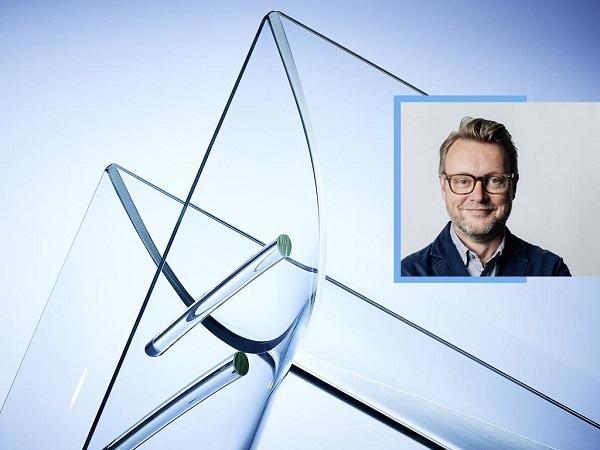 ‘Laminated Glass News’ speaks to James O’Callaghan, the winner of SentryGlas® Innovation Award in the Engineering category for the Steve Jobs Theater Pavilion project, to find out what drives him and his company, especially in relation to materials and technological advances and how they are successfully exploited.

Founded in 2004 by Brian Eckersley and James O’Callaghan, Eckersley O’Callaghan describes itself as a structural design practice that truly integrates engineering and architecture. Since its foundation, the company has gone from strength to strength − with over 90 professionals working on projects around the world − and now counts some of the world's most valuable companies as clients.

Its work with structural glass has received some of the highest accolades in the industry, including the IStructE Supreme Award for Structural Engineering Excellence, while its use of other materials in structural and façade engineering has gained similar recognition.

We started by asking James what he thinks his company is particularly well known for.

“Your opinion of how you think you are seen and how you are actually seen varies,” he explains. “I think we are recognised as being at the creative end of engineering. We also like to think that we are known for pushing the boundaries of structural engineering, including the use of non-typical materials and, more recently, composites.

“We are creative thinkers. We certainly look for interesting ways to solve structural problems using appropriate materials, while also keeping an eye on alternative materials and how we can use them in the future. Many of our major successes have revolved around the development and use of structural glass and associated materials. We certainly leverage and exploit innovation and I think it is this that really makes us stand apart.”

When asked to elaborate on these innovative concepts and how they come about, he continues:

“We push the envelope. We’re not completely different to other engineering companies, but we have more of a focus on research and innovation as the core of our offering. We’re always looking to leverage internal research, as long as it is appropriate to the challenge in hand. We are true believers that there is the right solution to any challenge, and we have the willingness to exploit new ideas... as long as they deliver the right solution.

“Within the company the word ‘curiosity’ is used a lot. We like curious people. Those with a sense of adventure who really want to understand how things work. This is the bedrock of our belief – although I agree, it’s not necessarily a traditional format.”

LGN then asked him how the company evolves not only in terms of finding the right people, but also finding the technology that will pique their all-important curiosity.

“We do this in three ways,” he explains. “First, we have a great relationship with educational institutions. We keep abreast of research and form relationships – including strong links with Cambridge University. I am also a Professor at the Technical University of Delft, covering architectural glass and in this role I am always being embedded in a research background. We frequently sponsor students and PhD programmes, too.

“The second evolutionary step is internal research,” he continues. “Everyone at the company has to undertake research as part of their job on a weekly basis. In this time they develop their own interests and ideas, some of which are approved by a committee, further developed and then presented internally as papers. And it’s not just glass or composites − anything relevant to structural and façade engineering and even company processes. Some of these ideas will then get distilled and attract additional funding. It isn’t unusual to see some of them co-joined with an educational institution for masters or PhD projects.

“The final step is our relationship with industry. We work with many leading companies and undertake research on their behalf, while also asking them to work for us on certain projects and developments. We like to see the evolution of fabrication and how it can define what we can design and eventually build. It’s important to understand how manufacturing technology is evolving.”

Known for ‘big glass’ LGN was curious as to when Eckersley O’Callaghan took its first step into this realm.

“Big glass was driven by design and engineering from our end and since then industry has reacted to this very positively. This is great to see from an industry that is typically fairly resistant to change, relying historically on commodity products.

“We had a project for Apple in Sydney, which had a 15-metre-tall façade. It was clear to us as engineers that ideally we should try to distil and reduce the number of joints to aid clarity and continuity, so the opportunity to have huge sheets of glass would be ideal. At that point in time, the biggest glass sheet available was six to seven metres tall, with the size restriction being driven by the post-processing steps, such as lamination. We realised that there was in fact no real length limitation in terms of production, as the float lines could be modified; instead we had to consider the capacity of the pressure vessels used in the lamination step.

“We started working with Sedak in 2006 and broached the idea of how large glass could be achieved with smaller pieces spliced together and laminated in a larger pressure vessel. By staggering the joins, Sedak was able to join and laminate eight metre panes to create larger 15 metre panes using the SentryGlas® interlayer from Trosifol™. This was the only interlayer that had the strength and bond capabilities to create integrity over multiple pieces of glass.”

He elaborates: “The next step, after the Apple Store in Sydney and another one in Boston, was the creation of new tempering equipment – the other weak link that restricted panel sizes. We worked with North Glass in China, who developed a 14-metre-long machine and it was this that finally allowed us to persuade glass companies to cut sheets to longer lengths, as they could now be both tempered and laminated, opening up new avenues for architects and engineers.

“Both Sedak and North Glass invested in these ideas with very little visibility as to future interest. It was very pioneering of them and they were brave to take the leap. As we predicted, after the first few projects, demand took off and the rest is history. Slowly but surely a market has evolved and established where use of larger glass is now not so specialist.”

Some of Eckersley O’Callaghan’s most recent high-profile work has been with Apple, so we were eager to get an idea of the background and evolution of these projects.

“In addition to the flagship stores,” he explains, “we have worked on other projects for the company. The Apple Zorlu Center in Istanbul was a milestone for us as it was our first foray into composites. The Center is a very beautiful and detailed glass structure with a composite roof. We took this lightweight approach to remove some of the demands on the glass as a support structure. Following this, the Steve Jobs Theatre gave us another opportunity to expand the envelope in terms of the glazing/composite mix. The idea was driven by architects Foster and Partners, who were looking to explore the idea of maximum transparency just using glass and composite. The Steve Jobs Theatre is the zenith of this approach.

“The roof is made up of 44 panels of carbon fibre bolted together and then lifted into place atop a glass support structure. It sounds simple, but there is a lot of complexity in achieving this simplicity − where the envelope itself is the structure.”

We asked why SentryGlas® was the preferred interlayer in these types of demanding applications.

“SentryGlas® delivers what we need in terms of the strength-tothickness-of-glass ratio, with strength being a vital consideration. In terms of the theatre, this is not just for the roof weight, but also to resist the effects of seismic activity in the area. Nothing performs as well as SentryGlas® in terms of structural integrity and bonding − it gives us the strength and reliability we need. It also delivers vital post-breakage performance.

“There’s no question that our work with Apple and other clients − especially when they are architectural/structural firsts − has influenced other designs and I only hope that more do this. It gives credibility to our research efforts and pushes both people and the market forwards."

To conclude, we asked James where he thought the future of architectural glass lay.

“It’s a wide field,” he answers. “The biggest challenge is energy and the integration of glass with other materials to create more intelligence. Glass is a great material, but it is a steady-state material − offering no reaction to different scenarios. Modern buildings need to perform from an energy perspective and for glass to have a place in the future it has to keep pace with energy targets and codes. The material itself is not going to do this (easily) but the things that go with it, such as coatings, smart interlayers and films, offer the possibility to make smarter glazed structures. Smart interlayers would be an amazing development.

“From a structural perspective, we think we will witness more and more ambitious glass structures that are able to deliver greater comfort thanks to interlayer technology. Testing has demonstrated performance levels and the engineering behind them. With that comes more ambitious applications for glass, boosting people’s interest in using it. I think we will see an expansion of those structural ideas, where we can also leverage advancing technology in materials.

“Codes are critical, too,” he adds. “15 or 20 years ago there were very few global codes for glass. Now they are more established and with this comes the ability to use glass in a structural nature where these code frameworks exist. We still have to remain creative, though, and not just follow instructions. Code creators need to be careful to prevent the codes becoming too prescriptive − this could be worse than having no codes at all.”