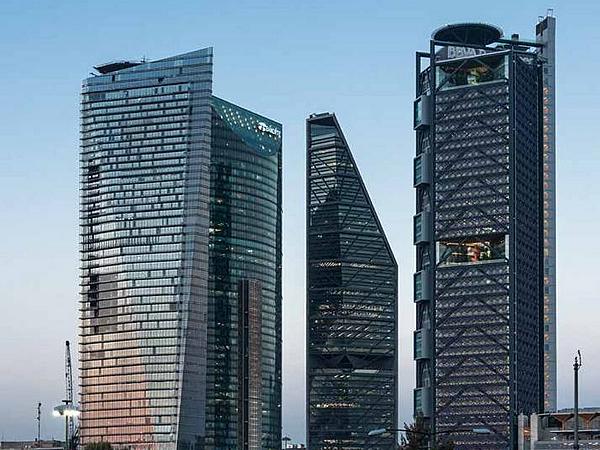 Mexico City has a new landmark! On the Paseo de la Reforma – one of the best-known boulevards in Mexico City – stands the new Chapultepec UNO R509, now one of the tallest buildings in Mexico.

Located near the midpoint of the boulevard, close to Chapultepec Park and the famous castle that looks down on it, Chapultepec UNO R509 offers its visitors, inhabitants and office workers panoramic views, not only of the surrounding woods, but also of the southern, western and northern parts of the city ― from all of its floors.

The Paseo de la Reforma (Promenade of the Reform) was modelled by its designer, Ferdinand von ­Rosenzweig, on the great boulevards of Europe, such as the ­Champs-Élysées in Paris. Running diagonally across the heart of Mexico City, today the Reforma is filled with tourist attractions, luxurious restaurants and hotels, office buildings, public art exhibitions, and new construction, and it has become a traditional place for Mexicans to celebrate, with the Angel of Independence roundabout being a traditional place for the celebration of the victories of the national football team, mostly during World Cups.

The 58-story mixed-use development comprises class A offices, eight levels of private residences, the 153-suite RitzCarlton Mexico City Hotel and a double-height Sky Lounge. In addition to its 27,000 m² (290,625 ft2 ) of leasable office spaces, the building has a spectacular Motor Lobby, with robotic underground parking and valet service and a wide variety of amenities across two floors ― shared by owners and hotel residents ― including restaurants, a gym, meeting rooms and cafeteria.

As befits most contemporary architectural projects across the globe, the development exploits large arrays of glass, not only to let in as much natural light as possible but also to deliver unobstructed views out. Due to best industry practice and functional requirements, this glass is heavily dependent on lamination technology, especially SentryGlas® ionoplast interlayers from Trosifol.

“Glazing proved to be an essential element of this project,” explains Arturo Leon, Architect at Taller-G. “Interestingly, the first iteration of the design had an exposed self-supporting structure on the outside, with minimal glazing, but the design soon evolved into what it is now ― a crystalline building with the absolute minimum of external structural features. As a result, the glazing became the single most important element of the façade.”

“SentryGlas® was considered the most suitable interlayer for the building façade. Its significantly better stiffness and outstanding post-breakage performance, compared to other interlayer materials, allowed us to use far less obtrusive supports. Indeed, some of the larger glass panels we designed would not have been possible with a standard PVB.”

Roberto Arias, from Tvitec, the company that undertook the lamination work for much of the glazing, gives us the details: “For this project we supplied laminated glass for the west façade, an external screen or skin supported by glass fins. The screen is made up of 8 mm (0.31 in) FT+ 1.52 mm (60 mil) SentryGlas® + 8 mm FT, and the fins, which are triple glazed, comprise 10 mm (0.4 in) FT + 1.52 mm SentryGlas® + 10 mm FT + 1.52 mm SentryGlas® + 10 mm FT. In addition to the façade, we also undertook lamination work for interior elements including SentryGlas® in the railings and SentryGlas® Translucent White in flooring and partitions. All in all, we used over 30,000 m2 (323,000 ft2 ) of SentryGlas® ionoplast interlayers.”

Ignacio Castillo Vázquez, Design Manager at Vitro Canceles, the project’s glazier, adds: “The whole design hinged around delivering great views of the surrounding area, so a laminated glass façade quickly gained acceptance as the way to go. The fins on the other hand were investigated with steel or aluminum, but in the end the triple layer glass laminate proved to deliver the strength required, along with complimenting the aesthetics of the façade.”

“It was an interesting design exercise,” he adds. “As the façade is a trapezoid divided into two and the height of the mezzanines are not constant, repeated similar measurements were not possible. At least 80% of the glass panels were of different sizes, but on average they were about 1,500 x 3,800 mm (60 x 150 in). We worked with Trosifol to calculate the glass thickness and, as a general rule, we always recommend laminated glass – it is just better for all involved.”

Modern interlayers such as SentryGlas® give laminated glass assemblies an expanded scope of application, in addition to delivering far greater design freedom for engineers and architects. Clean lines, impressive clarity and structural performance no longer need to be traded off with one another, the end result being application such as this one.

With such an interesting surround ― both natural and manmade ― glazing was the obvious choice in this case. And with the continual development of materials such as SentryGlas®, coupled to greater appreciation from users with regards to what it can achieve, the trust and peace of mind delivered by laminated assemblies are now higher than ever.