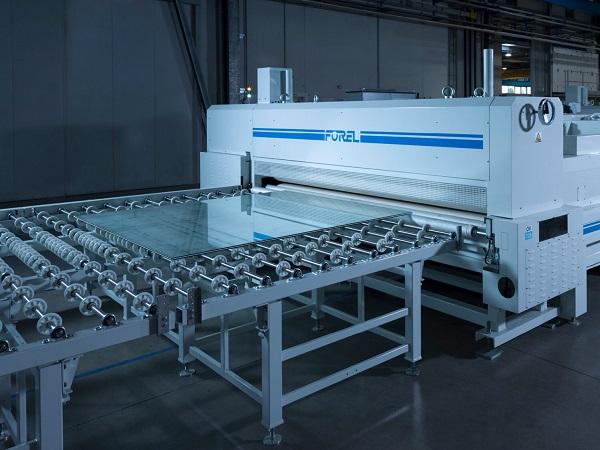 Like the other solutions of Forel range, the Art. LL lamination line mirrors the company philosophy of providing a solution that guarantees excellent automation, innovation and quality.

It can assemble rectangular laminated glass units with a PVB film, offset units and shaped units. The line end unloader, which brings the finished glass back to a vertical position, can lift up to 1,500 kg.

After the washing stage, a system of belts and rollers aligns the glass pane on the basis of the processing direction, and positions it in the centre of the line. 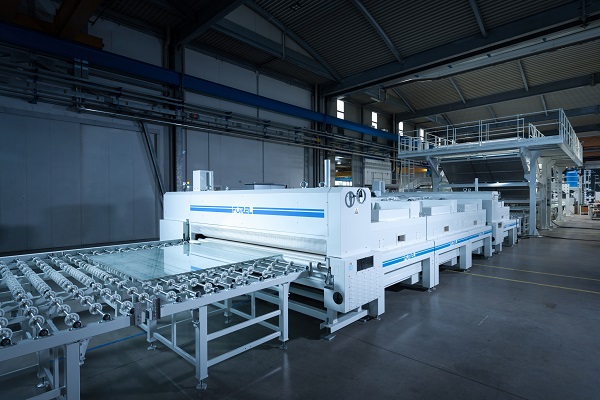 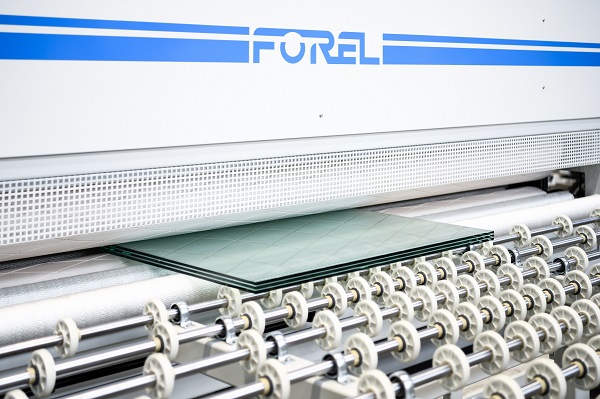 At this point, the glass is picked up by a system of suction cups which conveys it to the assembly area, where the magazine of PVB rolls is located.

The PVB film is spread out over the glass automatically, taking advantage of the movement of the suction cup surface that holds the edge of the film while moving backwards to pick up the second pane. The second pane is then positioned on top of the first one to make up the unit. The entire process is fully automated to guarantee the perfect positioning of the glass panes. Latest on Glastory: How to reduce energy consumption in glass lamination