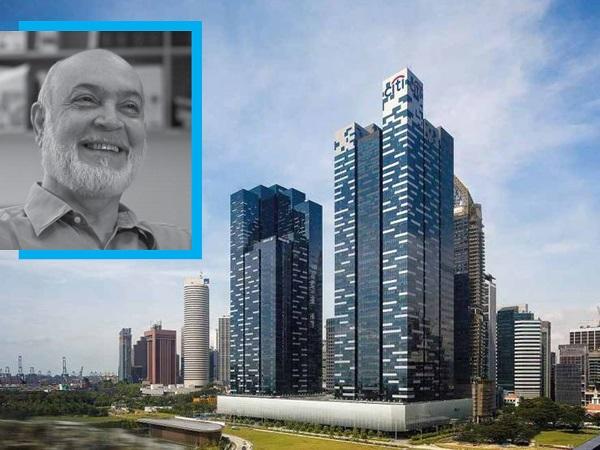 Joe Khoury explains why his company advertises itself as the leading curtain wall consultant in Asia.

Laminated Glass News speaks to Joe Khoury, founder of ALT Limited and discovers how his company has evolved to meet the needs of a building industry with a growing demand for more and more glazing.

Founded in Taiwan in 1991, ALT Limited has nearly three decades’ experience of the wide and varying demands of the global curtain wall industry, and now advertises itself as the leading curtain wall consultant in Asia.

Very soon after its foundation, Joe Khoury and his fledgling company found themselves working on a number of high-profile assignments, including the Taichung Tower in Taiwan, the Seocho Fashion Center in Korea, and the Hong Kong Electric Company Headquarters, in Hong Kong.

Throughout the years, it has established partnerships with the world’s top architects and owners and has played a vital role in the development of curtain wall systems for various celebrated landmarks around the world.

Q. So, what started it all?

“The demand for curtain walling spreads from the USA and very soon the Far East was seeing a bit of a boom. As a result, we very quickly realized that the local markets needed specialists. At the time, the quality levels were very poor, an issue compounded by the fact that a lot of people simply did not know what was available. At this time, the US was doing a lot of technically advanced projects, but now I feel it is almost reversed – there is some really clever stuff over here in Asia.”

Q. Do you specialize in anything particular?

“We offer a number of services including façade consultancy, façade thermal and energy performance simulation, LEED consultancy and façade access consultancy and we deal with many different types of façades and curtain wall structures, with materials including glass, stone, aluminum and stainless. I would say that 75 % of the projects we’ve done and are doing are based on glass – and for a number of different reasons. Some are reasonably simple; others have geometrical challenges. This volume of glass-related work means we eat, sleep and work, day and night in glass.

Major projects we have worked on include Taipei 101, Burj Khalifa, and a number of big towers in China – all of which are 500 m (1640 ft) and above. We have had numerous other high-profile successes, which bolster our standing in the market. People like success and experience, which is backed up by the fact that most of us on the team are architects, structural engineers and technicians.”

Q. What sets you apart from other companies?

“To put it simply, our practical experience and cost consciousness. An architect can design amazing things, but what’s the point if the owner then says they can’t afford it? You have to work within boundaries, which is hard work as the architects want the design, but the owners don’t want to pay for it. We have to tread very carefully, but even then a lot of people mistake value and engineering for cost cutting. How do you balance safety, design & cost? You have to convince the architect and the owner, both of whom often want different things. You have to put your ego away and play the diplomat – most people will listen to reason. I like to think that our 560 projects give us a big library and background, with regards to what worked, what didn’t and what needs proving. As I said earlier, people like experiences.”

Q. As a façade design & engineering company, how has the development of ever more capable interlayers changed your design capabilities/visions?

“A few decades back the lamination process was complicated, and laminations were also prone to failure. The manufacturing process was not as good as it is now; and it was expensive. As a result, people tried to steer clear unless they had to use it, for example in overhead glazing or security. Then safety became a big issue – make it thick or heat treat it – swiftly followed by sustainability, which saw the development of IGUs.

As architects became more sophisticated, glass became a major focus for safety with people initially heading for heat-strengthened glass, but lamination has become so much more important in many areas, especially in the Asian region where we use a lot of SentryGlas® ionoplast interlayers from Trosifol in balustrades and overhead applications. This popularity has helped to lower the cost too.

Material selection is just as important. In most cases the architect will request specific materials. In Singapore we did a job called ‘The Star’, an amphitheater which seats 5,000 designed by Aedas, co-located with a small mall with a nice atrium and outdoor area. The architect wanted a certain product, in this case expensive European glass cladding with internal pattern and ricepaper effect, but it was so expensive. As an alternative, we suggested a laminate with translucent white PVB and it turned out beautifully. The cost was slashed to 35 % of total!

Another Aedas project that won the President Design Award in Singapore was at Fusionopolis – which counts Lucasfilm Animation as a tenant. The building is known locally as the Sandcrawler (from Star Wars) due to its shape, and the architect was insistent on using a particular color of glazing to achieve a certain shading coefficient. They did not want dark glass or reflective glass; they wanted something in between. To achieve this, we used a laminate with mylar paper, which achieved the color they wanted – with shading and solar heat gain reflectance. We could not have done this with regular glass.”

Q. Do you find that architects are now more aware of the capabilities of structural glass?

“There are so many conventions and symposiums. People are certainly more aware. In my days, with no internet, you had to rely on magazines and industry shows. You still have to educate them, but they are so much better than when I graduated. A lot of the big companies have staff who know their stuff, but there are still opportunities for us to impart our knowledge. Sometimes they know some, but not enough. We come in and tell them the rest of the story!”

Q. Are they using more in their designs?

“Of course. It is so much sleeker and bigger! You only have to look at the Apple Stores to see this. There used to be limitations on size, but now we can go up to 12 meters (39 feet). And with laminates like SentryGlas® you can do so many things, including more and more structural work, where glass supports glass. Typhoons and seismic activity are big issues in this region too. We had one project, which used monolithic glass. One panel broke during a typhoon and the negative pressure broke half of the remaining glass wall. Now an obvious candidate for laminated panels.

The technology is there and in most cases we love to use laminated glass, but cost can present issues. The financiers tend to look at costs in a bubble. In the grand scheme of things the cost of the glazing may only be a fraction of a percent of the whole project. But a costing on a microscale rather than a macroscale means it can be an uphill battle to convince owners.”

Q. Can you give us some examples of your glazing projects that have used Kuraray interlayers?

“One that immediately springs to mind is the Leatop Plaza. The architects, Murphy/Jahn, insisted on floor-to-ceiling glass and fins. Secured to the building to look like scales, the 1.95 x 4.2 m (6 x 14 ft) ceramic glazed SentryGlas® laminated panels were installed into insulating glass units to improve the façade’s energy saving capabilities, but also for aesthetic reasons. The scales on the façade look white (while still being transparent) making the building brighter than any of the surrounding buildings.

Asia Square in Singapore is another. Designed by architect Denton Corker Marshall, with Architects 61 as the Architect in Association, we worked on the podium portion (the ice block) at the base of the twin towers. This 11.4 m (37 feet) high structure used large quantities of SentryGlas®.

In addition to the Sandcrawler and Asia Square in Singapore, we also worked on Duo, which is a mixed-use development comprising office, hotel, retail and residential components designed by Buro Ole Scheeren located on OphirRochor and Beach Road. Like many buildings of its type, laminated glazing was widely deployed, including Trosifol® PVB.”

Q. What do you think will be the next major breakthrough/trend in the world of structural glazing?

“It seems like glazing technology has come a huge way already. People never thought glass would support glass, let alone support a roof - but it does. That in itself is quite an achievement. Safety is certainly up there in terms of desirable traits, but energy must now be a huge area of interest. If we can add energy generation to energy saving, it would be perfect. I know we’re a little way off, but it’s a good thing to aspire to.

SentryGlas® also offers us so much in terms of structural efficiency and is opening up so many possibilities. In building codes around the world, it gives us so much more scope and this is one of the reasons why it is becoming so popular in China. More strength and stiffness are always on the wish list and – speaking as an engineer – less glass for more strength would be great!”

Folienwerk Wolfen announces their partnership with Glass Lamination of America!
Folienwerk Wolfen appoints Glass Lamination of America as exclusive distributor in the U.S. and Mexico.
LiSEC Online Seminar: SplitFin
What does SplitFin stand for? How many operators do you need to run the SplitFin? Can laminated glass also be processed on the SplitFin?
Twenty percent more productivity for LSG cutting | HEGLA
New laser separation technology now offers the potential to significantly shorten the processing cycle and improve edge quality.
The new SATINAL.IT site is online
The new site is online: a complete platform dedicated to the safety glass industry, from the production of EVA film to machines for the glass industry. All-round Italian quality. On the site, the first e-commerce of the sector.
Glaston sells tempering line to leading North American supplier of sunrooms
Glaston Group has closed a deal for a FC Series™ tempering line with one of the largest suppliers of turn key sunrooms in North America.
Trosifol invests in Czech location
Production in Holešov to be set up for the future and strengthened in the long term.