Exciting Development in the Division Tempering Including Interview: Best practice at Internorm 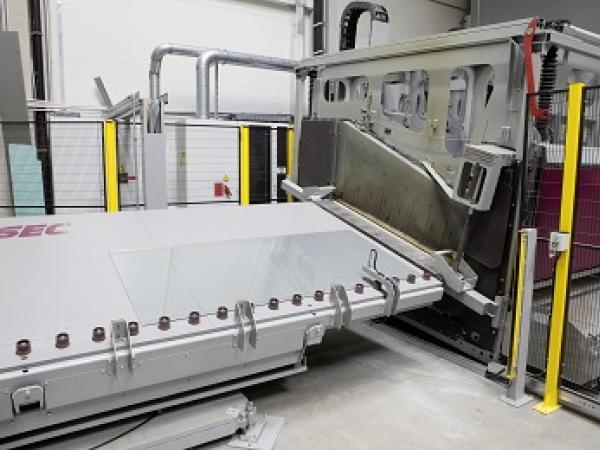 In August 2013, the LiSEC development team started a major project with the mission: redesign of the tempering furnaces in order to save manufacturing costs and at the same time increase the process reliability. Result: the AEROFLAT.

Internorm, Europe’s leading window brand has already bought the new AEROFLAT – the tempering furnace has been running at full capacity at Internorm since March 2015.

„It was a large and especially exciting task because we knew: we won’t achieve the objective with minor measures so we pretty much started from scratch“, says Manfred Spreitzer, LiSEC project manager. The new AEROFLAT is technically more sophisticated and weighs almost 50 % less than its predecessor. The objective is therefore achieved.

The new AEROFLAT is technically more sophisticated and weighs almost 50 % less than its predecessor.

The team achieved an almost 100% evenness by the still better design and the technically more sophisticated implementation of the ceramic air cushion bed in the furnace. This did not only lead to a processing result of the glass sheets with an even higher quality but also to an increased process reliability because the risk of damaged sheets is reduced.

The convection current in the furnace was optimized by means of a computer-aided flow calculation too, which simulates the convection. With the resulting lessons learned, the development team constructed a prototype as a model by means of which the team carried out the corresponding tests and again and again compared theoretical and practical values.

The team has revised the entire construction and, for this purpose, has used concepts from the light-weight construction. All in all, the developers were able to save approximately half of the weight without impairing the performance of the AEROFLAT.

This weight reduction has advantages for the assembly (lighter engines and tools as well as simpler handling) but also for the customers due to lower transport costs and generally lower production costs. Spreitzer: „We have determined the optimum component strength and designed the construction so that we were able to save as much material as possible. Thus we were able to realize a reduction of the manufacturing costs of approximately 20%!“

An important aspect of the redesign was also the service and maintenance friendliness at the customer’s. Now, wear and maintenance parts can be removed and installed more easily due to the corresponding working height (ground level). Another plus factor which brings benefits already during assembly due to the simplicity and optimum set-up times.

„The redesign project has gone extremely well along our meanwhile very well established development process: we had a perfect cooperation of the different departments in a small team at one location“, says Spreitzer. What is particularly pleasing is the fact that the first tests have already been very successful and that the engineers had to do only minimal retouching. Spreitzer: „The first AEROFLAT was installed at Internorm and has been running smoothly for more than one year!

Markus Bernhuber, CEO of LiSEC in China: „So far LiSEC has sold and installed about 25 tempering furnaces, 10 in China, 15 in Europe. 50 % of them are continuous flow furnaces and went into the PV module manufacturing industry, the other 50 % are sold in other industries like electronics, automation lines, windows manufacturing industry, all of which are batch ovens.”

Norbert Jagereder, Head of the manufacturing organization insulating glass at Internorm: „In a matrix we have mapped the advantages and disadvantages of the different concepts and suppliers. LiSEC emerged as the clear winner.“

Head of the manufacturing organization insulating glass at Internorm

A question that bothers many insulating glass manufacturers: From which point on is it profitable to do the tempering in-house – why has Internorm opted for its own tempering?

Jagereder: In 2010 we decided to map safety glass via laminated safety glass (German abbreviation: VSG). But the demand for safety glass increased rapidly – therefore we additionally bought in 100.000 insulating glasses with single-pane safety glass (ESG) in 2014. For this purpose, we needed a larger warehouse and were dependent on suppliers in terms of price, quality and delivery times.

This was the point when we decided to do the tempering ourselves. Now we are producing precisely at the time when we need it. Cycle or processing time and flexibility mean a lot of money for us because the point is to provide the insulating glass for the window production as fast as possible. And what is more is that the customers’ demands are increasing constantly – if we do the tempering ourselves we can control the process on our own responsibility and we are able to respond faster in case of complaints or are able to avoid them altogether.

This plays an important role in a major international company such as Internorm. At this point, I would like to mention the factor efficiency and the financial aspect. Due to the fact that we are now producing ESG ourselves we are able to produce more efficiently – we provide the panes 1:1 in the sequence required by our window production. And of course, more value added in-house and a more comprehensive knowledge also mean a greater independence.

What did the decision to do the tempering in-house mean for the organization and structure at Internorm?

Jagereder: No immediate change – it was important to establish knowledge quickly. With the good introductory training and the easy operation of the plant we were quickly familiarized with the topic. We were able to autonomously start production very fast after approximately two weeks of support – I never thought this would be possible! In our company, people are mutually teaching each other the tempering knowledge. Meanwhile, we have twelve persons who are able to operate the tempering furnace autonomously – trained by their colleagues, they were working within a very short time. Currently, we are planning four to five additional persons for the three-shift operation.

And what does that mean for the positioning of Internorm?

Jagereder: With the commissioning of our own ESG-plant we took another step to become more independent from the supplier industry. Apart from the profile extrusion and the insulating glass production, also the production of single-pane is now entirely in our hands.

How did the decision-making process go?

Jagereder: Like for all projects: there was a pre-project where we examined the existing potentials if we are doing the tempering of glass ourselves. After that we developed a concept and drew up a budget. In context of the internal presentation we were able to win the management over for this extremely profitable approach and we got the go-ahead to start with the project.

In doing so, we had two premises: on the one hand we wanted to be able to process thin glass (2mm) and on the other hand maximum quality is an absolute necessity which quasi excluded a furnace with rolls. In a matrix we have then mapped the advantages and disadvantages of the different concepts and suppliers. LiSEC emerged as the clear winner.

Internorm already purchased the new AEROFLAT – the tempering furnace has been used to full capacity since March 2015.

How did LiSEC convince in competition with other suppliers?

Jagereder: For LiSEC speaks the AEROFLAT with air cushion system and therefore the good quality. The comparatively very short interruption in case of a breakage of glass in the furnace played a decisive role in the decision: in case of the AEROFLAT, the plant is running again after a couple of minutes; in case of other manufacturers you will have to reckon with a standstill of several hours.

What was also convincing were the long-term partnership with a first class service, the geographic proximity (a LiSEC specialist can reach us within only one hour) and the fact that only one operator is required for the automatic loading and unloading of the AEROFLAT. An essential argument was the overall package: it was only LiSEC where we were able to purchase automation and machinery from a single source.

Which types of glass and quantities are planned?

Jagereder: We are already operating at full capacity – ESG is entirely produced by us except for types of glass that are not included in our product range and/or glass sheets larger than 1700x2500mm – which we buy in. We also temper glasses with a thickness from two to eight millimeters. Per year, we manufacture approximately 315.000 m2 insulating glass with ESG.

What will be the decisive factors for the success?

Jagereder: Nothing can go wrong which may stand in the way of the continued success. All critical factors were very intensively dealt with prior to the start of the project - we already experienced the success. The first glass sheets that we tempered in the furnace were already of perfect quality and we were able to deliver them.

How was the cooperation throughout the entire process?

Jagereder: The cooperation with LiSEC was based on partnership as always. The project went like we expected – it was a perfect cooperation.

How high is the total investment volume?

How would you assess the development of ESG in the field of windows?

Jagereder: The proportion of safety glass is growing strongly. First of all due to the provisions which are becoming increasingly stricter. But also the end customers are revising their opinion and the awareness in terms of the significance and the additional value of safety glass is increasing (key word: child safety, anti-burglary protection, etc.)

Does the quality of the ESG glass sheets in the window play an important role?

Jagereder: Absolutely; the customer won’t accept roller waves - distortions and reflections are unacceptable. Our standard of quality is high and our customers also expect perfect window and door solutions from Internorm.

LiSEC based in Hausmening/Amstetten is a globally active group which has been offering innovative individual and overall solutions in the field of processing and refining of flat glass for more than 50 years. LiSEC’s service portfolio comprises machines, automation solutions and services. In 2014, the group with its approximately 1300 employees and more than 20 locations generated an aggregate turnover of about 220 million Euros at an export rate of more than 90 percent.

LiSEC develops and produces glass cutting and sorting systems, individual components and entire production lines for the production of insulating and laminated glass as well as machines for the processing of glass edges and tempering systems. With a reliable technology and intelligent automation solutions, LiSEC sets standards in terms of quality and technology and makes a substantial contribution to the success of its customers.

The TVT Glass Pavilion
Theoretical Study on a Highly Transparent Building Made with Long-Spanned TVT Portals Braced with Hybrid Glass-Steel Panels
Glass bending and tempering – no more flat thinking for a curved world
Bent and tempered glass has long been of great interest to the market. The process of creating high-quality tempered bent glass has evolved over the years.
AI automates the glass fragmentation test
Do you still spend precious time doing the meticulous task of manually counting glass cullets for a glass fragmentation test? Or maybe your modern counting tool is not exactly the gold standard? If so, we have some good news for you!
Anisotropies
Irregularities in the glass, which are visible under certain lighting conditions and interfere with the overall impression of a pane – anisotropies – occur when glass is tempered.
Glass Constructions Under Extreme Boundary Conditions
Constructions at exceptional locations are often challenging but worth one’s while. Extreme boundary conditions and sophisticated demands of the client have to be considered.
Glass Fins in Architecture
For years and years research, development and discussions have been made on the safety of glass structures. 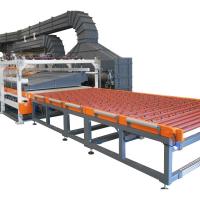 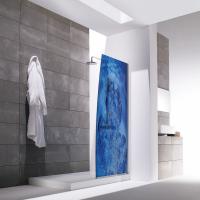 R.C.N Solutions strenghens its presence in the Mediterranean area