Gennady Bugrov (RGC): “Organisation and efficiency are our greatest strengths. And now we're investing in the future”

The administrative headquarters of the RGC group (standing for Russian Glass Company, and also known as RSK) is in Saint Petersburg: an impressive building, with its own 16,000 square metre production area. This is just one of the RGC sites: the group owns 13 in all, in Saint Petersburg, Moscow, Yaroslavl, Klimovsk, Tula, Nizhny Novgorod, Kazan, Samara and Krasnodar.

With an estimated annual production of 3 million square metres of insulating glass panels, RGC produces around 25% of all glazing in the entire Russian Federation. We were welcomed to the company premises by Gennady Bugrov, the Executive Director.

“Our competitivity is founded on organisation and efficiency. These two factors have allowed us to grow in terms of size and production capacity into what we are today, and occupy a dominating position in the glazing sector in the Russian Federation. And while today's market calls for increasingly innovative products with higher performance that are more complex than ever to produce, the structure we have built up meanswe're not afraid to tackle any project”.

Mr. Bugrov proudly showed us the constitutional documents of the company: the RGC group was founded in 1992, when Bor Glassworks established a new company named Bor Glass in Saint Petersburg to process and commercialise its product.

In 1997, the Belgian company Glaverberl acquired Bor Glassworks and its production sites. From 2000, investments were allocated to modernising the former Bor Glass plant in Saint Petersburg which, in the space of just a few years, acquired some of the most advanced technology available for glass processing. In 2006, the holding company Adamant acquired 7 production plants and established the Russian Glass Company (RGC), which immediately became one of the biggest players in the national market.

“Over the years, we have always worked towards increasing the quality of our products. We now detain a number of international certifications, allowing us to access export markets, although the domestic market is still our primary target” explains Bugrov. “And it was precisely this goal of ever higher quality which led is to come into contact with Forel and, specifically, with Eduard Kovacic of Forel Russia. But we had to be absolutely certain before we made our final decision: after seeing the machines at work and meeting Forel representatives, we wanted to visit other glassworks using the same solutions. We spoke with entrepreneurs and operators who used Forel products, and evaluated the finished product in minute detail. After a thorough assessment, we ordered two edging lines: and immediately saw an increase in both productivity and quality in the department. We now own a six edging lines in total (including two Jumbo lines), and have already ordered another four plus a Jumbo drilling/cutting line”.

RGC has also invested in a Forel “No Limits” IG line of highly innovative solutions for the assembly of large format IG panels.

“Our “No Limits” line, installed in the Dzerzhinsky plant in Moscow, is absolutely unrivalled” continues Bugrov. “No other glassworks anywhere in Russia can produce 3-chamber panels in Jumbo formats, and work successfully with extreme weights and curvatures. In some cases, even our competitors have had to buy these formats from us. We chose to work with Forel for three reasons: the performance offered by their machines in terms of productivity, the relationship of collaboration created with Forel Russia and the company's ability to always put the client first. Forel has never failed to be there to listen to us whenever we had a problem”. To wrap up the interview, we asked Mr. Bugrov what he expects to see in future.

“The glass market in Russia has been in a recession for about 5 years”, he says “but both I and our shareholders believe that this is about to come to an end, opening the way for a new period of growth. Once new opportunities start to arise, the companies which will flourish will be the ones that have prepared for this with the right investments, which also means choosing the right machinery - and suppliers - to use. RGC is currently laying important foundations, which will be strategic for our future. And as in the past, our strength will come from our ability to organise and prepare: abilities which allowed our company to always be at the forefront in both the domestic and international scene.”

ALEKSEY ARBUZOV (RGC DZERZHINSKY): “WITH THE NO LIMITS IG LINE, WE ARE NOW UNMATCHED BY ANY OTHER PLANT IN RUSSIAN FEDERATION”

Of all the production plants of the RGC group, the Dzerzhinsky site (Moscow) was another site that we were particularly keen to visit. Situated approximately 750 km from the main headquarters, this plant has a workforce of over 200 employees and produces around 500,000 square metres of flat panes per year.

However, the Dzerzhinsky plant is specialised in particular in producing large format insulating glass units for façades and innovative architectural projects. We were welcomed to the site by Plant Manager Vadim Troflyanin, who took us on a tour of the different production departments, which include two Forel edge processing lines and a special “No Limits” IG line.

"We are very satisfied with our Forel machines,” said Troflyanin, “which immediately proved to be capable of higher performance than other machines. Moreover, an edging line configured like our Forel line uses different machines for specific processes (an edge processing machine, a drilling/cutting machine and a washing machine): as well as demonstrably improving the quality of the finished product, spreading the workload of edge processing over multiple stations also over offers significantly better productivity than other solutions. While an operator unloads a finished pane, another pane is being washed and the next is already being edge processed".

The “No Limits” IG line - consisting of a washing machine, a quality control scanner, an inspection conveyor, a coupling press and a sealing robot - plays a central role in the Dzerzhinsky plant. This was a major investment which, as explained by Aleksy Arbuzov, Dzerzhinsky site’s CEO, caters for a specific market need.

“The Russian glass market” he said “has witnessed a boom in large format panes over the past 3 years. Modern architecture is focusing increasingly on unique design projects in which insulating glass is a crucial component. To meet the needs of our clients, we decided to purchase a Forel “No Limits” line, and thanks to this line, we are now the only plant in Russia capable of producing 3-chamber Jumbo format insulating glass units up to 100 mm in thickness. We intend to continue to invest in specific solutions for large formats in future. This will in fact be a must within the next few years: it's no coincidence that the major producers of flat glass are already considering the possibility of producing Extra-Jumbo format panels directly in Russia. And RGC is already ahead of the game, thanks also to the support of Forel”.

“You can't be competitive in the façade insulating glass market unless you're using new, state of the art systems designed specifically to process large formats” concludes Troflyanin. “It's not worth even trying to take on an innovative architecture project (with all the effort and challenges these projects entail) without the right machinery: having to discard a reject panel for residential use is one thing, but throwing away a reject jumbo or larger format panel is an entirely different matter. This is why we chose the Forel “No Limits” IG line.” 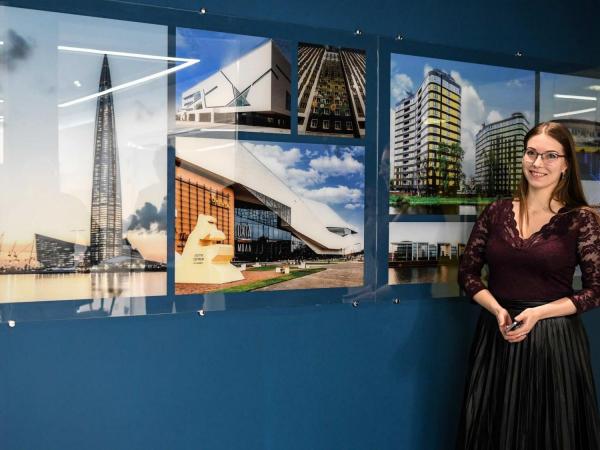 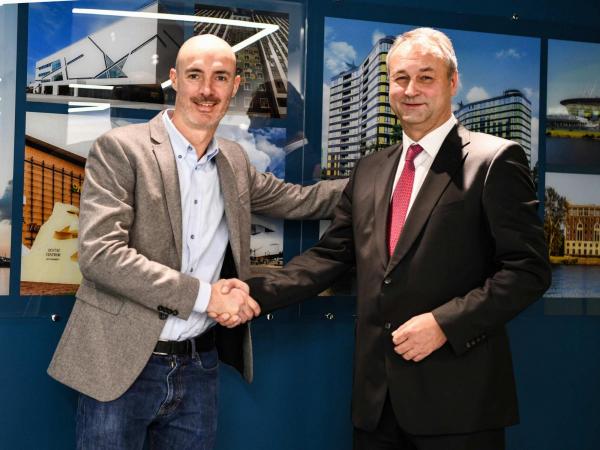 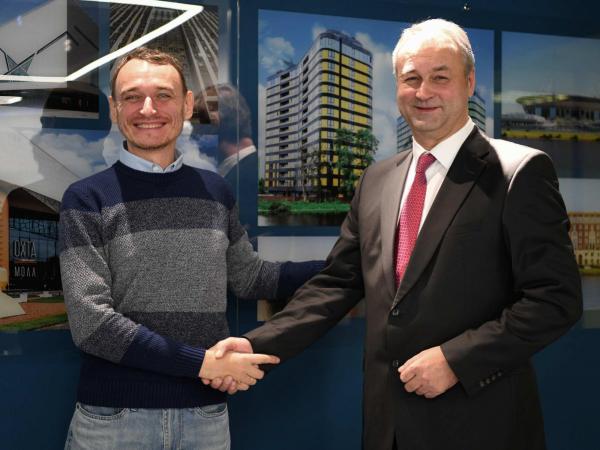 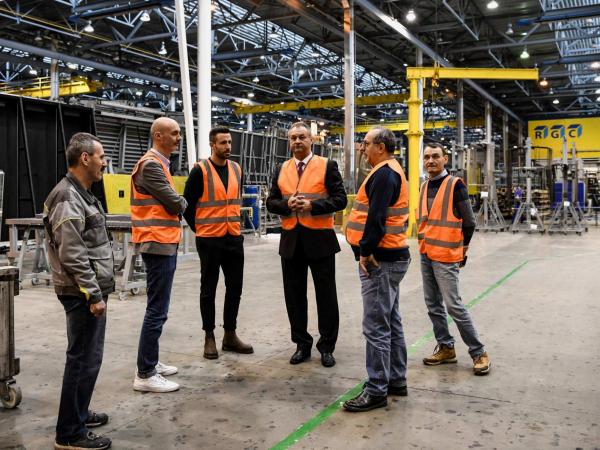 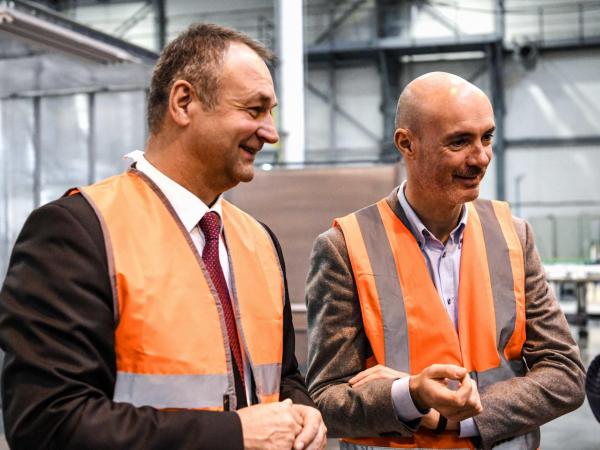 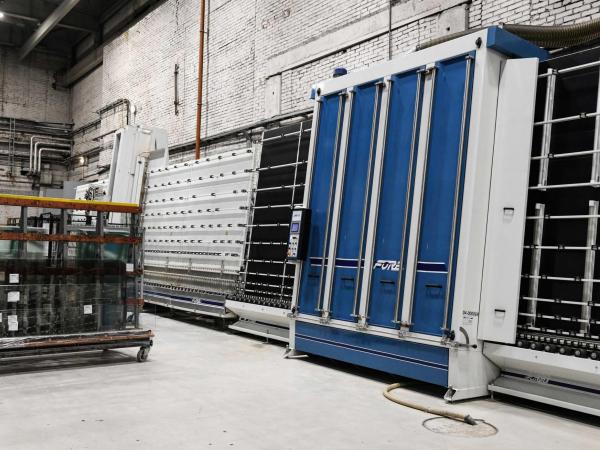 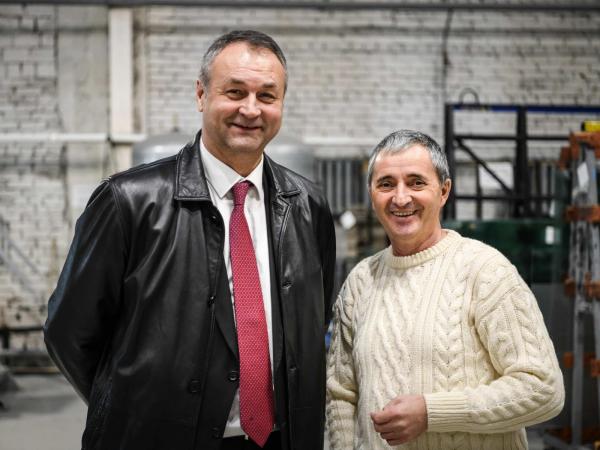 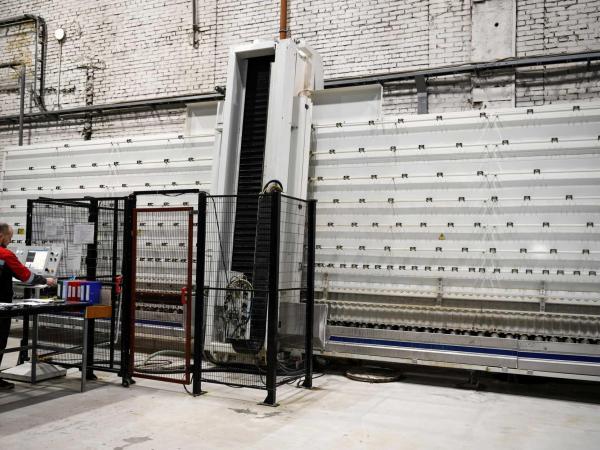 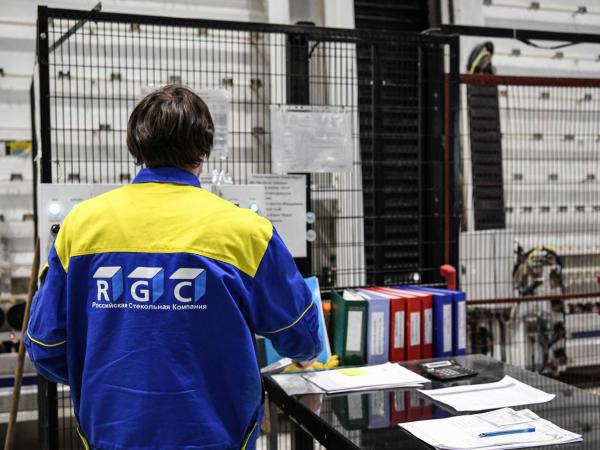 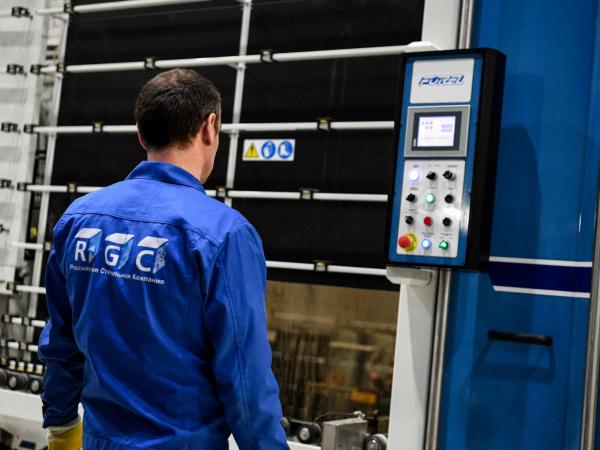 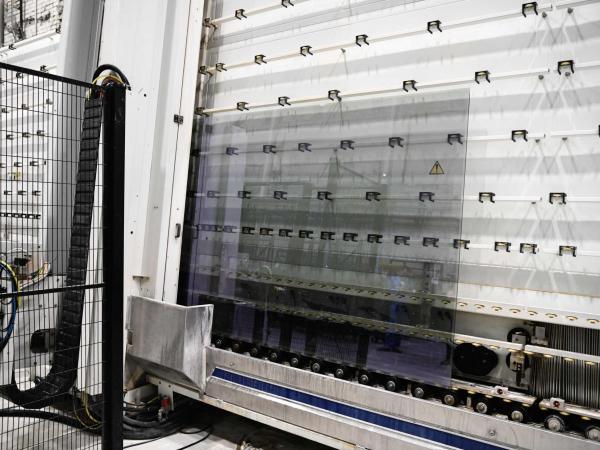 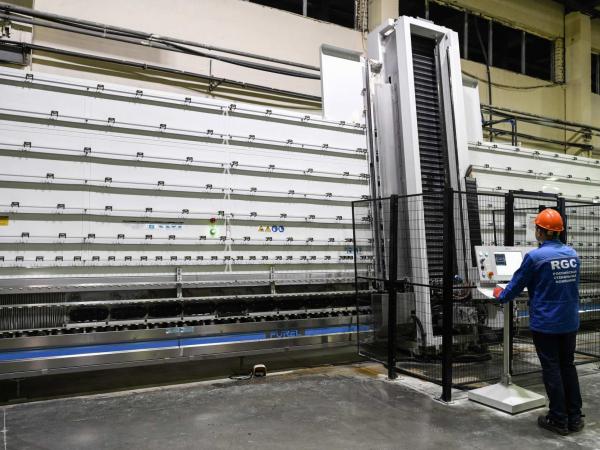 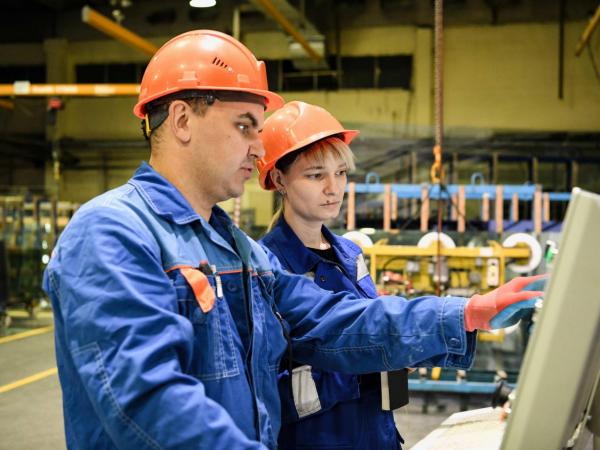 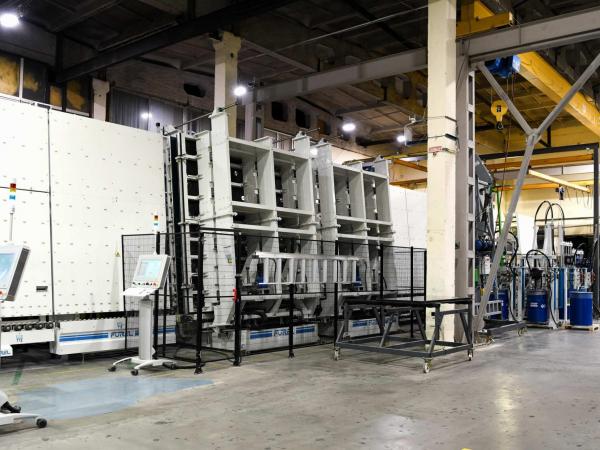 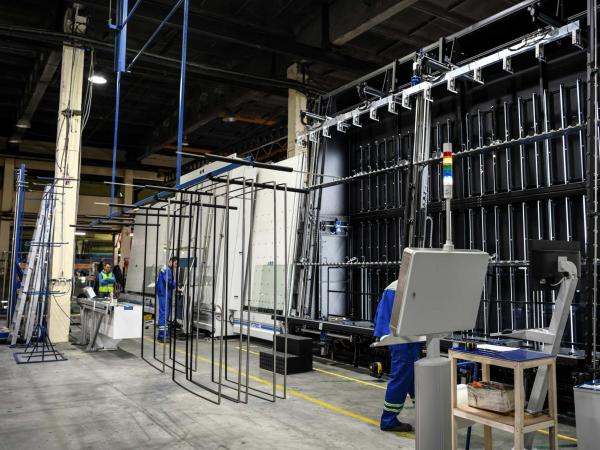 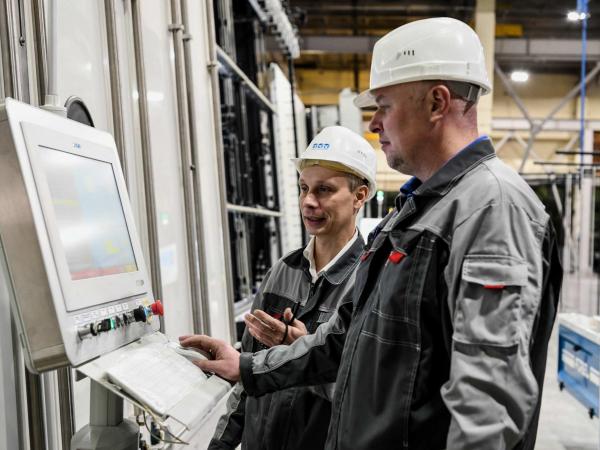 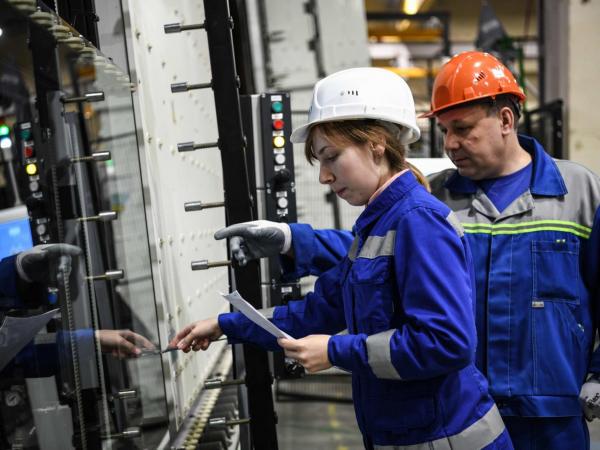 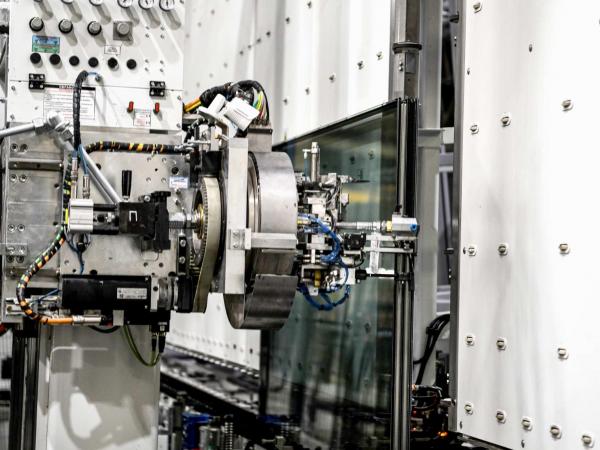 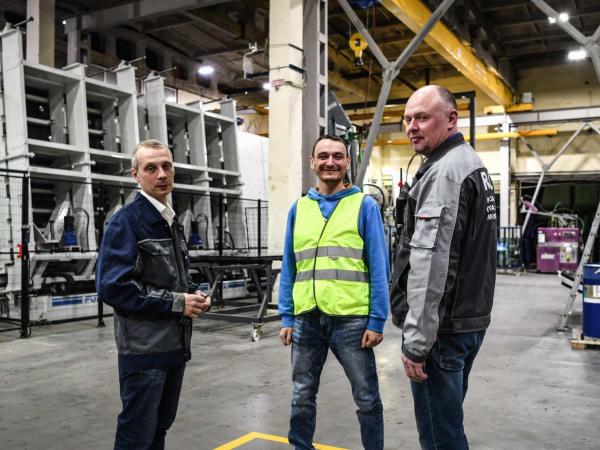 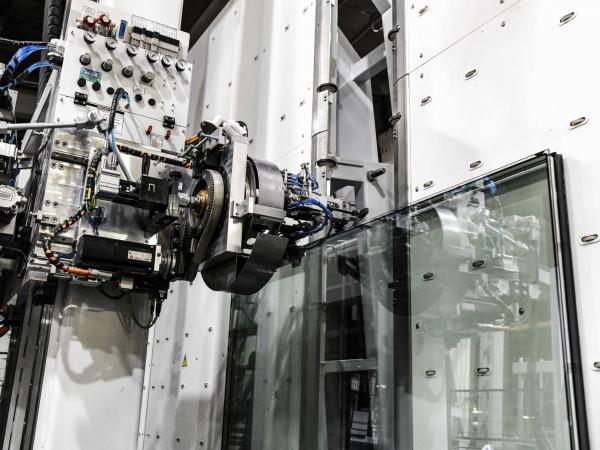 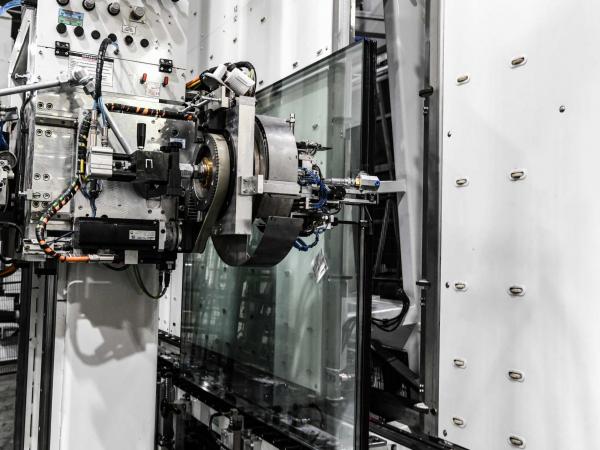 Tempering furnaces: Increase productivity and improve glass quality
In flat glass processing, glass tempering and heat strengthening are among the steps that consume the most energy, time, and costs.
The Şişecam Project in Touch with Nature Surrounded by Juniper Trees: Folkart Ardıç Residence
Şişecam’s flat glass products were preferred in the Folkart Ardıç Residence project in Çeşme/İzmir.
Dow to Introduce carbon neutral silicones
Dow to introduce the world’s first commercially available program for carbon-neutral silicones in building façades.
R.C.N. Solutions: “Glass Experiences”, the new 2022 editorial
RCN Solutions would like to contribute to celebrating the Age of Glass, by launching a new editorial series named “Glass Experiences”.
Glaston Corporation’s Board of Directors resolved on an incentive plan for key employees
The Board of Directors of Glaston Corporation has resolved on the share-based incentive plan 2022−2026 for the Group key employees.
Hornos Pujol delivers a new oven to Cerviglas for curved laminated glass manufacturing
Hornos Pujol has designed the new EVA LAM-PRO "Jumbo" laminating oven size 69x35. 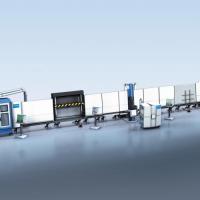 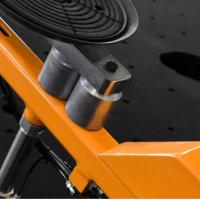 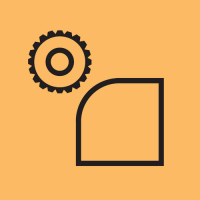