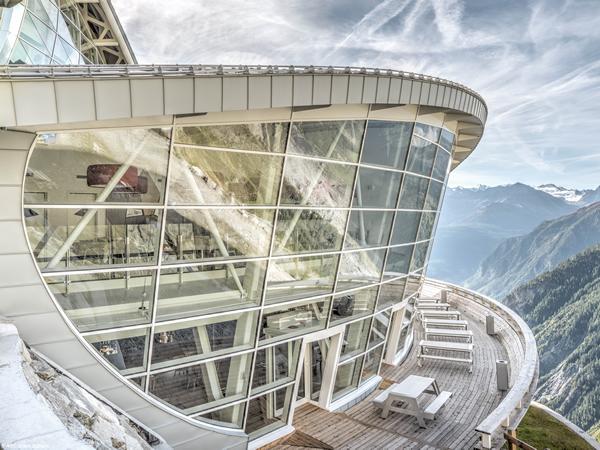 Held in Düsseldorf from 15 to 18 June 2021 glasstec will pick up on the latest glass trends related to shapes, formats and structures.

Global population is growing alongside increasing urbanisation and construction activities. Even today, modern architecture could not do without the material that is glass and its many innovative properties.

Cities are growing worldwide. Even today, the earth is populated by just under 8 billion people. By 2050 this figure will have risen to some 9.7 billion people, according to various projections. Most of this population will live in parts of the world that are generally referred to as growth regions, i.e. in Asia, Latin America as well as the African continent; and most people will be living in cities and megacities, according to these estimates. Over the coming years there will be some 600 cities with over a million inhabitants*, many of these in Asia. This not only presents architects with enormous challenges. In this connection glass will be of major importance as a construction material; but glass must be multi-functional.

When cities grow they not only expand in terms of area because land and space are limited – houses also skyrocket. In times of globalisation buildings often have to comply with international standards, regardless of whether they are erected in Frankfurt or Singapore; a case in point being sustainability requirements – with the buzzword Green Building.

Despite high standards, construction costs must not get out of hand however. Here glass panes used over large expanses or glass façades provide enormous possibilities because glass combined with steel allows sometimes very filigree shapes to be realised for building skins. In general, glass is considered a dominant construction material in modern architecture these days as it makes a visual statement while offering multiple technical functionalities at the same time.

Be it for thermal and solar protection or sound insulation, as a design feature, as tempered safety glass or as part of solar energy systems – the industry offers matching glass types with individually configurable technical values for just about every application. Especially against the backdrop of climate protection energy-saving construction takes very high priority in architecture today. Here, too, glass can score points as a filler element or a structural or enveloping component.

The unbeatable argument in favour of glass, time and again, is its transparency because natural daylight decisively contributes to people’s well-being. Glass is also getting smarter because by incorporating glass in building networks’ interactive façades can be realised that produce both indoor and outdoor effects. Or by connecting it to control technology systems glass becomes the “media and control centre” that can regulate a variety of functions in the building.

Alongside the actual primary benefit of windows, architects and building owners increasingly call for differentiated add-on functions. In most cases these include applications-related and construction physics solutions. As a consequence, people increasingly speak of functional windows or façades.

Energy efficiency is an essential theme for glass in architecture. The “cube berlin” project, for example, shows how innovative architecture and energy efficiency can be perfectly coupled with each other. Energy consumption in this building is lower than in conventional office blocks thanks to a ventilated twin-skin façade. The twin-skin façade not only permits natural daylight to enter but also provides effective protection against (solar) heat gains and natural ventilation for those living in and using the building.

To avoid excessive heat build-up in the void between the two façade skins the outer skin was fitted with solar protection coatings and a solar-absorbing PVB film. The structural requirements made on the glass here proved another challenge. They called for an additional structurally active film interlayer that had to be compatible with the solar-absorbing PVB film. This solution is a new development. By adding the extra film layer the edge stability was increased while reducing the risk of delamination as well as the yellowness index.

But glass in modern architecture can deliver so much more. When low weights are called for, vacuum insulated units will in future come into play more often. Modern vacuum insulation glass consists of two at least three-millimetre panes with a high-insulation coating each and separated by a vacuum layer of 0.1 millimetre. Boasting Ug-values of 0.4 to 0.7 W/(m²K), the double-glazed unit insulates as well as a triple-glazed insulation unit but weighs a third less in terms of the glass component alone. This permits significantly slimmer profiles.

Especially for high-rise buildings windows and façade cleaning plays a pivotal role. Self-cleaning glass helps save costs here in the long run because a pyrolytic special coating makes the glazing extremely durable and uses UV radiation to decompose organic dirt in five to seven days. The next rainfall then simply rinses the residues.

In terms of solar protection on large-surface façades highly selective glazing is in particular demand since it allows as much daylight into the building as possible while minimising the climate burden through effective solar shading. Multiple silver-coated glass sheets transmit plenty of visible daylight into the room despite strong solar shading. Boasting a Ug-value of 1.0 W/(m2K) for double glazing or 0.5 W/(m2K) for triple glazing, this glass protects the rooms from cooling down at low temperatures.

Load-bearing capacity and shatter proofing are the aspects of primary importance for laminated safety glass which is up to 100 times more resilient due to a special PVB film compared with conventional PVB films. At the same time, the intrinsic colour of the laminated glass is not even changed by thicker laminates. Under load this product features comparatively lower bending, which increases its load-bearing capacity overall. Under specific circumstances even the tempering process can be dispensed with – this ensures shorter delivery periods.

Another topic is the translucence or opaqueness of glass. With this type of glass users can choose between transparent or non-transparent – regardless of whether the glass is installed indoors or out. This effect can be repeated any number of times because it is caused by liquid crystals embedded in a conductive layer. As soon as electric power is applied the glass changes from being opaque to transparent. After switching off the power supply, the crystals re-arrange and the glass sheet turns opaque again.

The term megacity is often used with reference to urban development. By megacities we generally mean metropolitan areas with over 10 million inhabitants – as many people as the current population of such countries as Belgium, Greece, Hungary, the Czech Republic and Portugal.

In 1970 there were only two megacities in the world, Tokyo and New York. 2011 already saw 23 megacities and in 2030 numbers are estimated to reach 43. As a rule, megacities grow at an enormous pace although there are, of course, regional differences. Tokyo today occupies the top rank with over 38 million inhabitants but will shrink due to demographic change. By 2050 the Japanese capital is estimated to be down to “only” just under 32.6 million people.

The Indian state capital of New Delhi is currently home to some 28.5 million people. By 2030 another 10 million will live there.