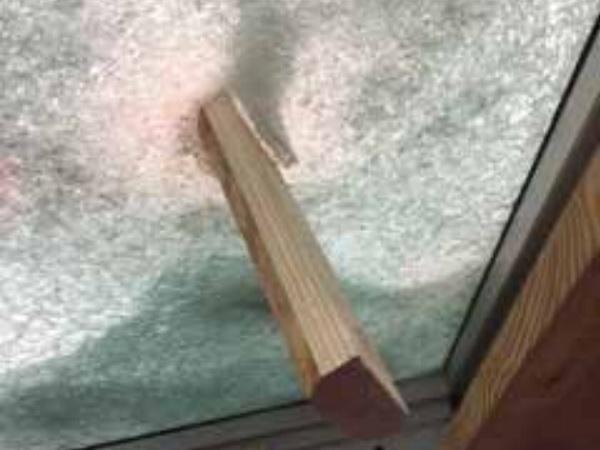 Building code requirements for wind-borne debris protection have been in existence since the mid- 1990s, and as a result, many glazing systems have been tested and certified to these performance requirements.

The performance requirements for tornado mitigation are less familiar, but interest has grown over the years in the development of glazing systems that offer impact protection in tornado-prone areas. While 77% of the tornadoes in the United States are a categorized as an EF1 or below on the Enhanced Fujita scale, meaning sustained winds below 110MPH, it is important to consider the effects of more powerful tornadoes.

This presentation focuses on current standards and building codes that specify performance requirements, as well as the results of a testing program conducted on various glazing constructions using ionoplast interlayer following testing guidelines as determined by ASTM E1886. When tested to the ASTM standard, wooden debris “missiles” are propelled to travel at varying speeds simulating different levels of tornadic activity.

While voluntary building code requirements exist, the states most affected by tornadoes have not yet adopted these provisions. Since the wind speeds associated with tornadoes are considerably higher than those of hurricanes, the test requirements for wind-borne debris protection are more severe. The hurricane impact systems that have been developed and tested for hurricanes will not pass the impact requirements for tornadoes. Although glazing systems designed for tornado protection are few and far between, the desire to offer a higher level of protection in critical occupancies, such as hospitals, schools, and community buildings, has motivated building owners to ask for higher-performing systems.

Tornadoes have been spotted in all continents except Antarctica. Many countries in Europe have experienced tornadoes, as well as Australia, Japan, South Africa, Brazil, and Bangladesh. Over 1200 tornadoes are reported each year in the United States, primarily in what is known as “tornado alley—northwest Texas across Oklahoma and through northeast Kansas.

Dr. Tetsuya Theodore Fujita introduced the first tornado classification system in 1971. He called his system the Fujita Scale (F-Scale) and it was divided into six categories. In 2007, the F-Scale was replaced by the Enhanced Fujita Scale (EF-Scale) for use in the United States. Canada adopted the EF-Scale in 2013. The EF-Scale wind speeds are based on degrees of damage, from minor damage to total destruction.

The TORRO Scale (T-Scale) is used primarily in the United Kingdom to measure tornado intensity from T0 to T11. Based on wind speed, this scale was developed by Terence Meaden of the Tornado and Storm Research Organization (TORRO) as an extension of the Beaufort Scale.

The Federal Emergency Management Agency (FEMA) 361 standard, Design & Construction Guidance for Community Shelters, applies to community shelters (also called “safe rooms”). A community shelter is designed and constructed to protect a large number of people from a natural hazard event. These rooms may be separate buildings or internal spaces, where the community safe room or area is designed to be structurally independent of the building. Schools, hospitals, and other critical facilities occupied by large numbers of people will often be the setting for a community safe room. Because of the critical nature for life safety with regard to shelters FEMA 361 only cites requirements for an EF5 tornado debris protection.

The ICC/NSSA 500 Standard for the Design and Construction of Storm Shelters has been available for adoption and use by any jurisdiction in the United States since 2008. This code applies to the design, construction, installation, and inspection of storm shelters in hurricane- or tornado-prone areas. Alabama is the only state to have adopted this code as a vehicle to provide school storm shelters. The 2015 IBC addresses Storm Shelters in Section 423. Storm shelters are required in areas where the shelter design wind speed for tornadoes is 250 mph (per ICC500) and in most Group E occupancies with an aggregate occupant load of 50 or more people. Testing at this wind speed calls for a 6804 g (15-lb) 2 x 4 in. impact at 161 kph (100 mph) or 45 m/s (147 f/s).

ASTM E1996 requirements for hurricane impact systems and missile levels are categorized below:

Categories for protection include enhanced and basic protection, further divided into the area closest to ground level (Missiles C, D, or E below) and that portion greater than 9.1 meters in height (Missile A below). Most commercial glazing systems are tested for Basic Protection; however, there are buildings or Essential Facilities with glazing systems that must comply with the Enhanced Protection impact requirements of level “E” missiles.

According to FEMA 361, the standard missile used to determine impact resistance for all wind conditions is a 6804 g (15 lb) wood 2 x 4, typically 3.6 m (12 feet) long. The missile is propelled at 45 m/s (147 f/s). A “Pass” means that the missile did not perforate the glazing, the glazing remained attached to its frame, and glass fragments remained within the glazing unit. Overall, the FEMA testing is considerably more stringent than the Missile Level E requirements found in ASTM E1996.

In 2014, Kuraray sponsored a test program to assess the performance of laminated glass installed in insulating glass units. The goal was to test laminates according to EF-3 requirements since 95% of all the tornadoes that occur in North America fall in this category or less. The first series of testing was completed on a heavy laminate construction. The laminate not only passed the first impact, but remained unscathed, and subsequently fractured upon impacting in the corner. However, when the test specimen was first impacted in a corner then center of lite, the glazing infill was not able to resist the second impact. These first series of test were carried out using a missile speed of 45 meters/sec.

A second series of tests were performed about a year later, and the glass make-ups along with the resultant performances are shown below:

The third round of tests was conducted with three fenestration systems that were glazed with the glass make-up described above that passed both the EF3 impact requirements. The primary purpose of this third round of testing was to analyze what influence the system design may have had on the performance of the glazing infill. The systems were a dry-glazed pressure plate curtain wall system, a fixed window system with a removal glass stop to the interior, wet glazed, and a four-side structural glazed curtain wall. The glass make up was an insulating glass unit made with 18mm laminated (6.84mm ionoplast) on the outboard and 14mm laminated (4.56mm ionoplast) on the inboard.

The dry-glazed pressure plate curtain wall system failed due to edge pull out as a result of the corner impact; it must be noted that this particular system had about 12mm of glass edge engagement into the curtain wall framing. The window unit failed catastrophically when the interior glass stop disengaged and allowed breaching of the building envelope. However, the four-side structural glazed curtain wall system passed the impacts with ease, but experienced spalling of the glass to the interior. One of the test specimens had a PET film applied to the inboard laminate, but this did not prevent the occurrence of spall.

It should be noted during this series of testing the primary goal was to prevent the missile from penetrating the glazing infill; glass spall control was not the primary testing goal. It is also interesting to note that an applied film with a pressure sensitive adhesive does not appear to provide enough movement differential to allow the deflection of the interior glass plane upon impact and control spall. It was fracturing of the applied PET film that allowed uncontrolled glass spall on the test specimen that had the film installed on the protected surface.

Future tests will examine the use of a thicker inboard glass ply to reduce breakage and the application of a PVB/PET composite on the onboard to help eliminate spall. It is clear that the ability of the fenestration system to hold the glass in place is a major factor in resisting the missile impact.

Ionoplast interlayers were originally developed twenty years ago for impact resistant glazing intended for use in Florida.  These interlayer products are up to 100 times stiffer and five times more tear resistant than standard PVB. Both of these properties make the interlayer ideal for severe windstorm protection.

Once the laminate has been impacted, and the glass has broken, the next concern surrounds the tearing of the interlayer under pressure cycling. As the laminate is cycled from positive to negative pressure, and back, small tears in the interlayer can expand into much larger tears, allowing debris to enter the structure. Due to the high shear modulus and tear resistance of ionoplast interlayer, it is much harder for cracks to grow under pressure cycling, lowering the probability of failure in this loading condition.

Building code requirements for wind-borne debris protection in hurricane-prone areas have resulted in the development and use of impact systems that protect both occupants and buildings from storm-related damage. ASTM standards for testing systems guide manufacturers and serve as the basis for certification systems. Specifications for projects in tornado-prone areas often reference these standards, however, the FEMA 361 standard requires testing to a higher level of performance and will result in different system designs. Testing with a larger wood timber traveling at higher speeds has resulted in heavier, laminated glass constructions. A stiff ionoplast interlayer has been shown to be effective in mitigating the impact of the larger wood timber. Additional testing will be required to eliminate spall after impact. Multi-Objective Design for Critical Supporting Parameters of VIG with a Case Study
Discover the perfect balance of sound and heat insulation with VIG multi-objective design optimization!
Heat Transfer Through Insulating Glass Units Subjected to Climatic Loads
The tightness of the gap in insulating glass units is a necessary factor to maintain good thermal insulation of transparent glazing.
Laminating defects during installation | Luc Moeyersons
Most Common Defects on Laminated Glass during installation and root-causes.
Fire risk related to the use of PV systems in building facades
This paper focuses on the fire safety aspects related to the use of fire PV panels and systems in building facades.
3 ways to reduce energy consumption in glass tempering
Read the latest Glastory blog by Taneli Ylinen.
Quantification of crack volumes in dynamically damaged soda-lime glass
In this paper we present a novel test methodology for the generation of varying degrees of pre-damage in small soda-lime glass cylinders by dynamic loading in combination with a subsequent contactless damage quantification. 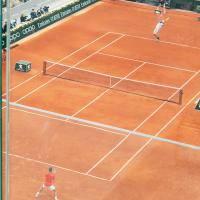 Cricursa takes things up a notch