Vitrum is just a few days back and RCN is now taking the stock and cannot hide its satisfaction.

Although the attendance was lower than in the past editions, the interest and the quality of the visitors were at a high level and RCN was prepared to meet such a professional audience.

The team made all the efforts to explain the RCN choices in construction and the differences compared to other solutions, attractive but not as capable. Attention has been so high, confirming the company’s commercial strategies carried out aduring this year are bearing fruit.

The RD CLEAN CONCEPT, the RCN revolutionary innovation, has met great approval by clients, who understood the company is comitted to this system for clean edges in lamination, a problem that troubled glaziers for more than one decade for extra labor and time costs. At Vitrum, RD CLEAN CONCEPT made it evident that it really responds to problems within the industry. 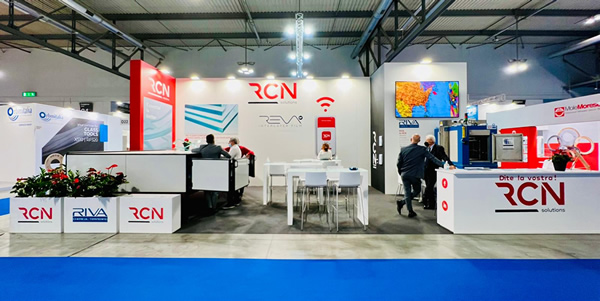 Customers who have installed the system say it is clean, easy and safe: there is not need to use cutters of other tools to remove the exceeds of the EVA from the edges after lamination.

RCN has undertaken a campaign prior to Vitrum to promote “Made in Italy” and the quality of its machines and this strategy resulted in sales. As an example, the laminating kiln on display, model: SMART XXL, was sold to an Italian customer.

Visitors have been very interested and impressed by the potential RCN SOLUTIONS was offering, and they understood how RCN products can broaden their market prespectives, while increasing the quality level of their companies. 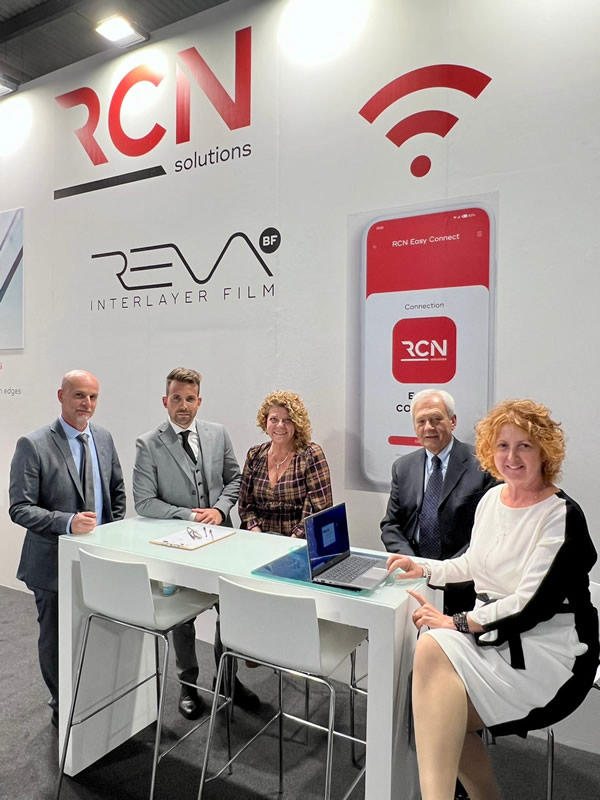 PiGs is heading Sow’th West for Bristol debut
After hogging the limelight at FIT Show’s Late Night Wednesday in May, PiGs is heading Sow’th West to make its Bristol debut on 23 June, due to popular demand.
Şişecam attended the 4th Innovative Glazing Global Summit
Şişecam participated in the 4th Innovative Glazing Global Virtual Summit addressing the latest trends in the glass industry.
Saudi Build 2022
The 32nd International Trade Exhibition for Construction Materials, Building & Environmental Technology, will take place from 14-17 November 2022 at Riyadh International Convention & Exhibition Center.
FACE 1 Tecglass Technology at Project 923 Quentin Building – New York
JETVER BASE inks range were developed by Tecglass for the world of architecture, providing excellent performance in terms of chemical resistance to the effects of weather and superior durability over time.
OmniDecor glass design | Milano Design Week 2022
OmniDecor is taking part in the 2022 edition of the Milan Design Week with an articulated series of initiatives.
Early Bird Registration is Still Open for the Facade Tectonics 2022 World Congress!
Register today with our Early Bird pricing to claim your spot amongst the industry’s most influential leaders and academics.

Semantic segmentation with deep learning: detection of cracks at the cut edge of glass