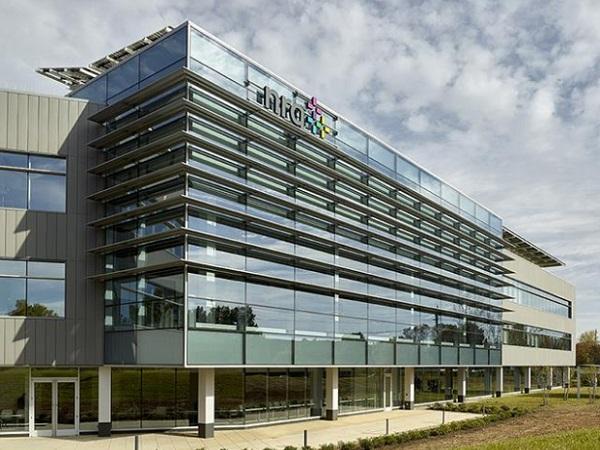 JEB fabricated more than 46,000 square feet of glass for the facility.

J.E. Berkowitz (JEB) announced the completion of 804 Carnegie Center West, the latest office building on the Carnegie Center Campus in Princeton, New Jersey. JEB fabricated more than 46,000 square feet of glass for the facility, which was recently awarded LEED® certification at the Platinum level—the highest level of distinction awarded by the U.S. Green Building Council.

Jacobs Engineering Group designed the three-story, 130,000-square-foot office building to set a new architectural direction for future developments on the sprawling campus. John Jackson, senior associate at Jacobs, said his team’s intention was to create an ultra-green facility by pairing high-performance materials, such as glass, with cutting-edge technology.

“One of the primary design features of the project is a two-story space that was developed as an enhancement to the building’s core,” Jackson said. “Using a two-way, butt-glazed system, the area is expressed as a glass box that is visible from the highway. The glassy façade is intended to identify both the tenant and the activity going on within the building.

“With a large expanse of glazing facing almost due south, high-performance glass was required to insulate and limit solar heat gain, while not being overly tinted or reflective. In addition to the strict performance specification, the glass had to be sufficiently flat and free of distortion in order to achieve the desired aesthetic.”

Mike Nicklas, director of engineered glass systems for JEB, said, “The edge alignment of the interior laminated glass was critical since the monolithic glass partitions were connected with polycarbonate I-bar strips to provide a nearly seamless joint, enhancing the overall look.”

Glass Production, Processing & Performance, CEU/AIA Accredited - Tan Diep
Topics will include coated glasses, common types of low-e application processes and the impact of glass on energy and environmental performance.
Registration Now Open for FGIA Virtual Annual Conference
Registration is now open for the 2021 FGIA Virtual Annual Conference, which will be held February 23-25.
Building Envelope Contractors (BEC) Conference Cancelled for 2021
The National Glass Association (NGA) announced the cancellation of the Building Envelope Contractors (BEC) Conference scheduled for March 21-23 at Caesar’s Palace in Las Vegas.
Liquid crystal glass helps realize the Niemeyer Sphere | eyrise®
The Niemeyer Sphere – one of the final designs of renowned Brazilian architect Oscar Niemeyer – has opened in Germany. Key to realizing his vision was our eyrise liquid crystal dynamic glass technology.
NGA Reports Advocacy Win in CA
The established limit ensures that all North American flat glass manufacturers have the opportunity to supply glass products to government works projects in California.
Laminated Glass For Security & Privacy | Satinal
If you need to make curtain walls or glass panels to preserve privacy in public or private places, we suggest you try one of our frosted STRATO® EVA films. 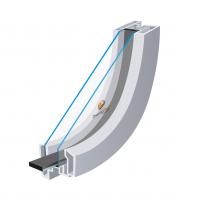