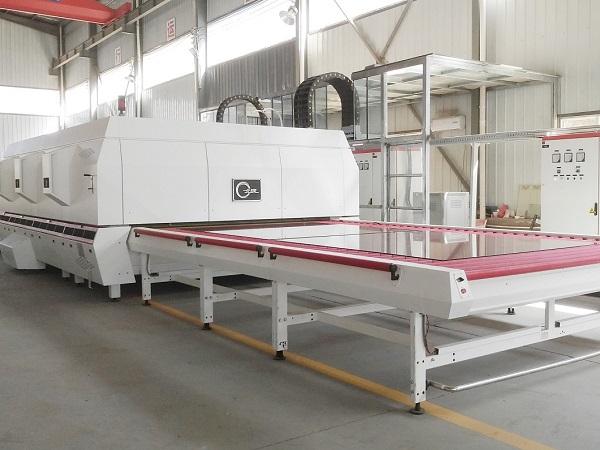 Every customer has a story and brings us different fresh feelings, and doing business for some businessmen is money, but for NorthGlass is endless. Mr. Xiong, a customer from Nanning, Guangxi province, is a typical example.

In the summer of 2017, Li Fangfang, the sales manager of Tempering Furnace Business Unit, was on a business trip in Nanning. Mr. Xiong first time called for Li to consult the 5-meter convection tempering furnace. In the customer's small factory, Li Fangfang met this shrewd middle-aged man. Mr. Xiong said that he had heard that the NorthGlass tempering furnace is good and a first-line brand. He hoped to cooperate with enterprises that pay more attention to quality. He just had this opportunity to have a good understanding of the equipment of NorthGlass.

In April 2019, Mr. Xiong moved the factory back to Nanning and determined to take the tempering factory as his career, and decided to buy a new tempering furnace. After a few days of negotiations, Li Fangfang dispelled all Mr. Xiong’s concerns, but Mr. Xiong still hesitated when he signed the contract. Li Fangfang went to the station with disappointment to visit next customer, then Mr. Xiong called him to discuss again, Li Fangfang immediately turned back and finally completed the contract.

In August, Mr. Xiong’s equipment was officially put into production. But then he called Li Fangfang and said that he has a batch of double silver Low-E orders, but they have no experience in processing double silver glass. Li Fangfang firmly told him that this is an opportunity, the NorthGlass tempering furnace must be the icing on the cake. With the support of NorthGlass, Mr. Xiong successfully completed the order. Since then, he had courage to undertake high-end projects, and had numerous orders. A project in Heyuan, Guangdong province, directly gave him orders for more than a year.

In the summer of 2020, Li Fangfang visited Nanning for a return visit. The production data given by the customer factory director recorded the production data of 7,000 square meters in 5 classes and damaged 8 square meters. Mr. Xiong said with emotion: “I had fortunately bought the NorthGlass tempering furnace at that time, the equipment was rarely damaged, the thermal insulation effect of my tempering furnace is much better than others.” The customer director heard that Li Fangfang came to visit, also praised for the stable performance of the tempering furnace, convenient operation.

At the end of July 2021, during the flood in Henan province, Mr. Xiong specially called to send greetings, which moved Li Fangfang very much. Mr. Xiong said, “You don't know my changes in recent years. When you first came, we were not rich, so we could only find scattered orders. Now my whole factory equipment is tens of millions of yuan, all the first-line brands, and I have the right to choose the order.” The sincerity of the customer moved Li Fangfang and Li felt happy for the customer. In October this year, an enterprise went to Mr. Xiong to ask for experience. Seeing the changes of Mr. Xiong over the years and the strong affirmation of NorthGlass equipment, they immediately handed the order of new equipment over to NorthGlass.

From 2017 to 2021, Li Fangfang witnessed the magnificent transformation of the enterprise every year. Li Fangfang said: “customers have different personalities in sales, so we have a lot of interesting stories. Growing up with them and witnessing the beauty of qualitative change, are moving things, and also make us feel some unexpected feelings.”

Mappi at Glass Expo Southeast
From Milan to Florida, attention to the environment is growing, and Mappi is always on the front line.
R.C.N. Solutions: RD Clean Concept
One year ago, when RCN SOLUTIONS launched RD CELAN CONCEPT, an innovative product in lamination, we could not imagine that along with the success, attempts at imitation would have rised immediately.
NorthGlass SiNest: Win-win cooperation between university and enterprise
Collaborative development, university-enterprise cooperation
Forel High Tech IG Line with Thermoplastic Applicator
The new video of Forel “High Tech” IG line with thermoplastic spacer is online.
Adelio Lattuada Srl will take part as Gold Sponsor in the GPAD 2022
29th-30th March Adelio Lattuada Srl and Lattuada North America Inc. will take part as Gold Sponsor in the GPAD event, which will take place at the Grand Hyatt Hotel, Nashville, Tennessee (U.S.A.).
BAU CHINA: Notice of Finalized Schedule after Postponement
The BAU China is officially scheduled to be held during June 23-26, 2022, with the venue at National Exhibition and Convention Center (NECC) (Shanghai). 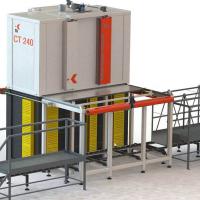