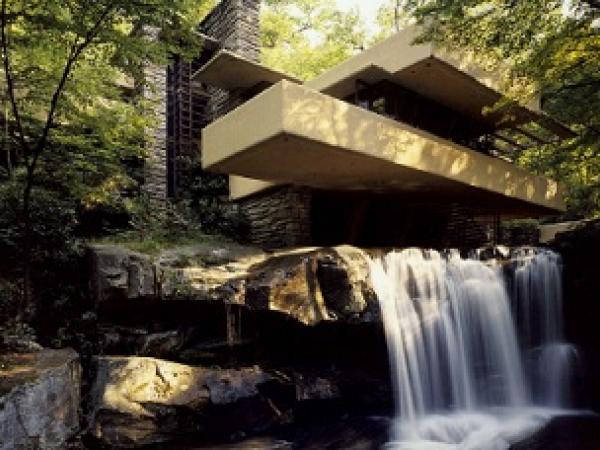 Frank Lloyd Wright's reasoning for the building design was that he wanted the Kaufmann family to live with the waterfalls, to make them part of their everyday life, and not just to look at them now and then.

Designed by Frank Lloyd Wright (1867-1959), arguably America's foremost architect, Fallingwater became a sensation almost overnight. Featured on the cover of 'Time' magazine in 1938 it has since become a National Historic Landmark in the USA. Its age defying aesthetics, both internally and externally, have recently been enhanced thanks to the use of SentryGlas® ionoplast interlayers deployed in recently installed replacement glazing.

The new glazing had to be as close as possible to the original plate glass; but also had to address the need to protect the interior wood and textiles from further UV damage.

The superior edge performance of SentryGlas®meant that the architect could use a butt-joint design where the panels met.

Built for the Kaufmann family, the house was constructed between 1936 and 1939. Its unique design and setting – over a 9.1m (30ft) waterfall – gives viewers the impression that it doesn’t appear to stand on solid ground; instead it stretches out over the waterfall giving the illusion of floating in air. Frank Lloyd Wright's reasoning for this approach was that he wanted the family to live with the waterfalls, to make them part of their everyday life, and not just to look at them now and then.

Since its original construction in the 30s, the building has been the subject of numerous renovation projects, including a major effort in the 1980s where the entire house was conserved for water and UV damage. However, the replacement glazing panels, which incorporated a PVB interlayer, are starting to show their age already, with clouding, water ingress and delamination. As a result of this the Western Pennsylvania Conservancy started to research alternative replacement panels and its investigations all pointed in one direction – laminated panels incorporating SentryGlas®.

According to Lynda S. Waggoner, Director of Fallingwater and Vice President of the Western Pennsylvania Conservancy and Scott W. Perkins, Director of Preservation: "We wanted to get as close as we could to the original 1/4in (6.4mm) plate glass, but we had concerns regarding colour and clarity; we definitely did not want any tinting or diffusion. This desire had to be countered with the need to protect the interior wood and textiles from further UV damage.

"We started our research in 2008 by undertaking comparisons between glass with films and glass with interlayers," Waggoner explains, "but we soon realised that films had a huge impact on the colour and clarity, giving us green and grey tints. In addition we saw a risk of bubbles and peeling at the edges. It was soon clear to us that the best approach would be to use an interlayer, which also meant that the maintenance and housekeeping staff could treat the new panels as they would monolithic glass panels – without the worry of damaging any sensitive films with scratches or chemicals."

When it came down to the choice of interlayers, the performance of PVB in the earlier re-glazing exercise meant that an alternative was being sought and SentryGlas® soon became the clear winner thanks to outperforming PVB in all tests.

"We undertook some sample comparisons," Perkins explains, "where we installed some test glazing on the west terrace, just to look at it, and this was the final determination. In situ you get a real appreciation of the effect of the glazing, or in this instance the lack of detrimental effects. We also realised that the superior edge performance of SentryGlas® meant that we could use a butt-joint design."

A lot of the glazing evaluation and trials were undertaken with the input and advice of Bob Randle, then President of Traco, which is now owned by Kawneer, part of Alcoa. Traco undertook the original lamination, while PPG Industries provided the glass. "It was Bob that suggested the use of SentryGlas® as the interlayer," Waggoner elaborates. "We wanted a better solution as we knew the technology had progressed. But we also had to consider the use of tempered glass, as the general public can visit the house and we had to balance these functional needs with the aesthetic requirements laid down by the Department of the Interior's standards with regards to like-for-like, sympathetic replacements."

Waggoner concludes: "At Fallingwater there is no single focus; visitors come to see the inside and the outside and the views of both from one another. Transparency and true colour transmission is vital. We had a number of interesting and unusual glazing applications based on Frank Lloyd Wright's original vision, so we needed glass that could perform!" Architectural Glass Laminating Guide - Part 8
PhotoVoltaic Lamination Process
Reducing Carbon Footprint of Laminated Glass Through the Use of Structural Interlayers
Structural interlayers in laminated glass have allowed engineers and specifiers to extend and improve the use of glazing solutions in the construction industry.
Experimental tests and numerical simulations of ballistic impact on laminated glass
In this study, we investigate double-laminated glass plates under ballistic impact through experimental tests and numerical simulations.
Rate dependent fracture of monolithic and laminated glass: Experiments and simulations
The current study aims to determine the probabilistic fracture strength of glass plates exposed to arbitrary loading and loading rates by a proposed rate-dependent strength prediction model (SPM).
The Effect of Welding Speed on the Micromorphology and Mechanical Properties of Laser-Sealed Vacuum Flat Glazing Joints
The aim is to provide a theoretical basis for vacuum plate glazing laser sealing manufacturing.
Architectural Glass Laminating Guide - Part 7
Most Common Laminating Defects and Origin 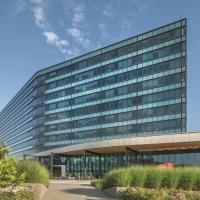 Eurovetro & Forel: “Glass evolves, and we evolve with it”