The new Geelong stadium is a real crowd pleaser | Viridian 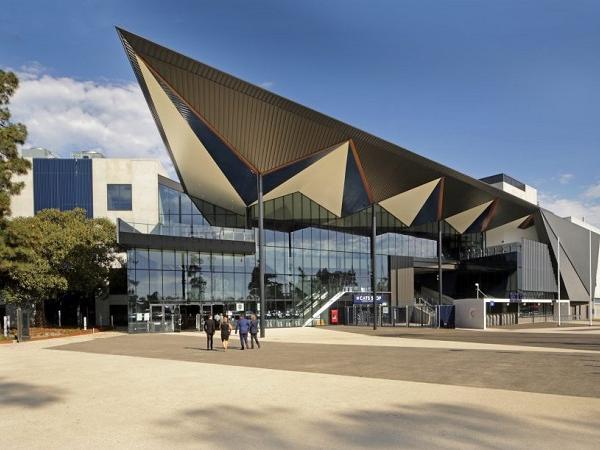 Made from Viridian DecorFloor custom laminate glass, the portal is a world-first and could herald in a series of similar designs across the country.

Geelong’s loss to Adelaide in last year’s AFL preliminary final was heart breaking for the club and fans alike. However, 2017 also marked a great win for the Geelong Football Club with the unveiling of the new GMHBA stadium, which employs Viridian Glass to give patrons a remarkable sporting experience. 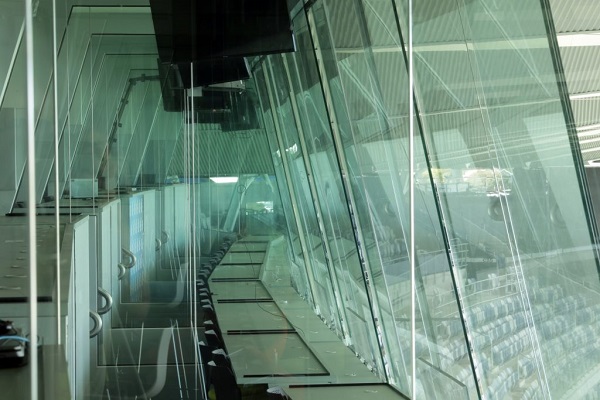 The stadium needed to reflect the Geelong Football Club and the broader Geelong community. In this regard, it certainly kicks some goals. The design creates a permeability between the parkland setting and pitch, whilst successfully engaging its fans.

But the relevance of the ground also goes beyond AFL. It is designed to integrate other sporting and community groups – providing a place where members of the Geelong community can have access to unrivalled faculties. 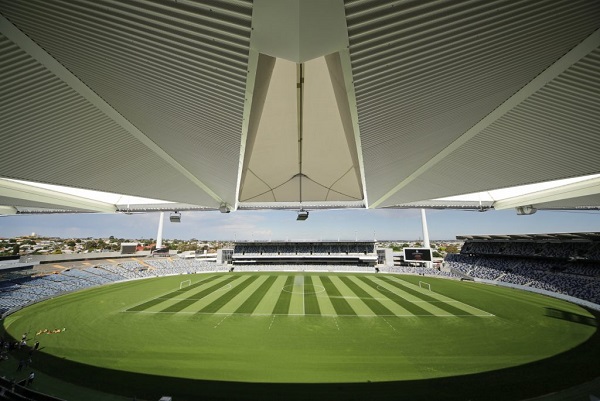 Architect Brayden Goodwin, from global sports architecture and design specialists, Populous Architects, said one of the of the key drivers in the design was having glass that allowed good permeability and excellent viewing. He wanted people in the Social Club and Member’s Bar to have seamless view of the pitch.

To meet this objective, VFloat SuperClear was used, because it’s high clarity glass that provides crystal clear and colour-true views.

Having such an extensive glass façade in a stadium would not have been possible in the past due to a lack of energy efficiency – but recent technology has broadened how glass is used in large scale designs and is the reason many of the facilities at the stadium are possible. 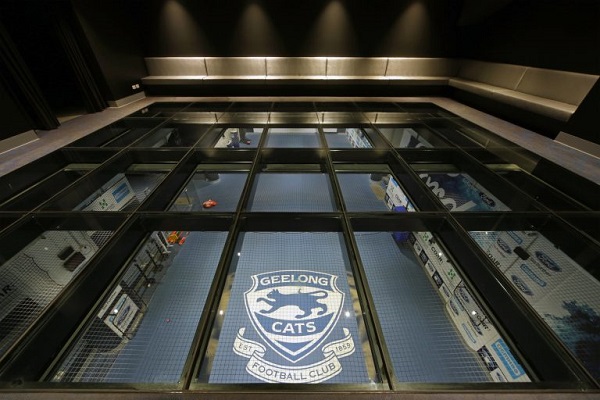 “That ability to use performance glass and the technology that’s been developed for these types of facilities has been fantastic and a great outcome,” Brayden Goodwin said.

Glass is also used as a cohesive element within the stadium itself. There are different levels within GMHBA and glass is used connect them with the key spaces, so people feel part of the action no matter where they are. 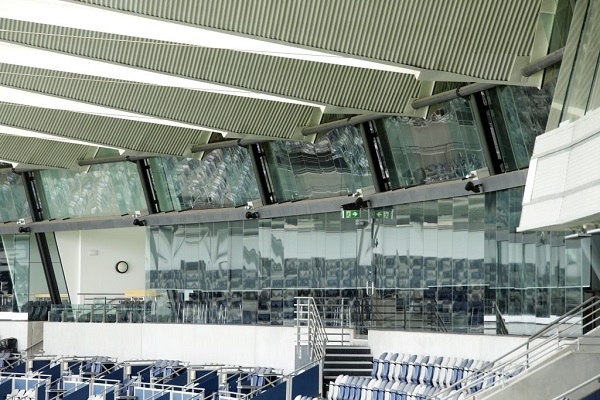 As well as spaces you traditionally associate with stadiums, such as cafes, retailers and function rooms, GMHBA offers something unique – the fan portal.

Arguably the greatest feature of the new stadium, this 45-square metre glass floor overlooking the warm up area gives punters a rare glimpse into the preparation players go through before heading out on the field.

Made from Viridian DecorFloor custom laminate glass, the portal is a world-first and could herald in a series of similar designs across the country.

The design of the new GMHBA stadium is no clanger. It’s a big win by Populous Architects, who have successfully produced a space where fans can have an amazing experience, whilst not excluding the needs of the wider community. 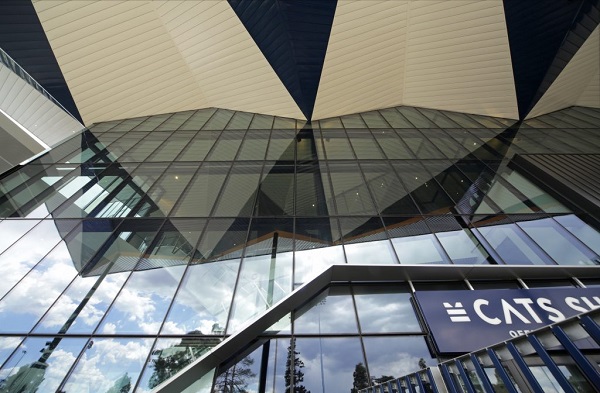 High-performing enclosure of 663 S. Cooper Street boasts Solarban® 90 by Vitro Architectural Glass
To enhance its 10,000 square-foot, high-performing enclosure, Archimania carefully selected Solarban® 90 glass by Vitro Architectural Glass.
Webinar: Elevating Exterior Design with Glass and Glazing Solutions
This Glass in Architecture Academy webinar will feature presentations of several case studies where high-performance glass and glazing not only provides a beautiful-to-look-at façade but also increased performance at every level.
Guardian Glass Project: Italcementi iLab
The use of advanced Guardian® glass, in addition to these other innovative features, has helped the iLab to attain the first LEED Platinum environmental accreditation in Italy.
Daylighting for winning environments | OKALUX
Thanks to modernization by the architects Populous, The Barnes Center at The Arch offers the students of Syracuse University a variety of sports and wellness options.
The scientific master felt the spirit of the NorthGlass craftsman
Rubinstein Commons has curved walls and roof, and its design relies on the spacious skylight and glass walls to complete the intersection between the volume.
Office building in San Francisco features Solarban® 72 Starphire® glass by Vitro
Solarban® 72 Starphire® Glass Curtain Wall and Glass Handrail Balconies Distinguish Office Mid-rise in SoMa San Francisco