A+W: Rescuing an IG Unit that was a Victim of Bad Luck 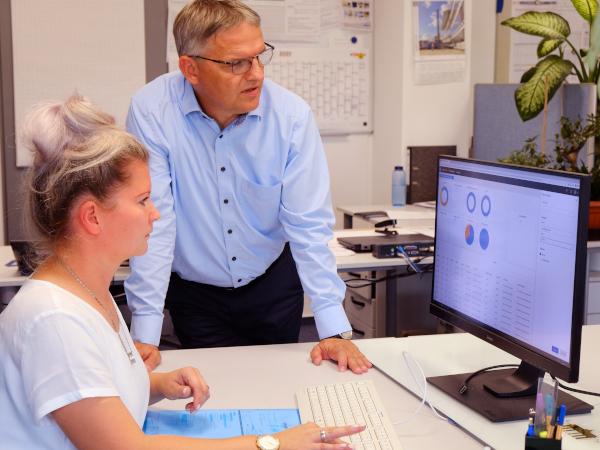 It's not always possible to avoid glass breaks and bad lites in production. Learn how you can track the reasons.

It's crucial to understand why breaks happen, in order to prevent them in the future or at least be able to minimize their effects. 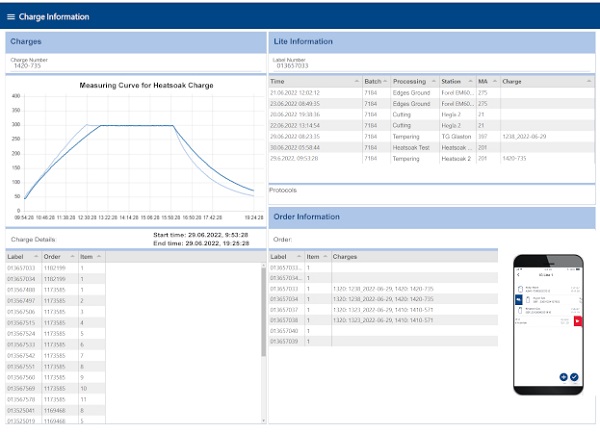 There's one key to understanding how a glass break happened in the production process: software. For due to the many different breakage scenarios, support from state-of-the-art IT systems is essential today. It's not just the quantity of products that's increasing, but also their complexity, and with that, the increased number of process steps. This is where pen and paper will no longer do.

The integration of A+W production modules helps glass processors with the evaluation. In the following scenario, we trace a multi-stage product through its production process in connection with A+W's system solutions. The focus here is on the A+W Smart Companion scanning system and the A+W IoT Smart Trace data platform in the case of an insulated glass unit consisting of a float and a purchased TG lite "that was a victim of bad luck."

The situation: The supplier delivered the TG counterlite to the IG manufacturer; goods receipt was reported online with A+W Smart Companion Stock. The work preparation detected this directly in the system and started the production batch. In addition to the goods receipt information, the storage location and rack for the lite were also scanned. The other lite for the IG unit is cut in cutting using the A+W Realtime Optimizer optimization software.

Thanks to the integration of A+W IoT Smart Trace and the A+W Smart Companion, the processor knows from which supplier the lite is coming and which of which batch it is a part.

When receiving the glass, the employee at the breakage table notices a deep scratch in the middle of the lite; he reports this directly in the system as a break. The lite moves, as do all breakage reports in cutting, into the breakage pool and it will be re-cut at the next opportunity. Once the lite has been re-cut, the glass moves to edge processing.

After processing, the employee puts the lite on the rack, unfortunately a bit carelessly, and a corner breaks off. He orders the re-cutting online via a scan with the A+W Smart Companion and soon receives the remake. To do this, he only has to specify the breakage reason. Now the IG division manager sees in the system that nearly all pre-products are ready, and he initiates the frame production.

However, production of the lite continues for only a little while, for unfortunately the frame bender has broken down and has to be repaired. The division manager also reports the reason for the breakdown of the machine directly online with the A+W Smart Companion.

When the damage has been repaired, this is also reported to the system - and this is how you can trace the 'how, how long, and why.' A+W IoT Smart Trace notes this event for future evaluations.

When the frame production has started up again, unfortunately the drying agent has run out. The new batch of material is scanned with the A+W Smart Companion and communicated to the IoT Smart Trace data platform. Now the frame for the IG unit can be bent.

Since all components are finally ready, production of the IG unit starts. The employee on the line sees right away during batch selection where the intermediate products are, whether this is a remake, and whether it may be in a different storage location or not even available.

Now there's another stoppage: The sealing compound must be replaced since the drum is empty. The employee reports the new drum by scanning it with the A+W Smart Companion, and this information is also incorporated into the A+W IoT Smart Trace batch tracing.

All done? No way!

When repacking, it became clear that there was a problem with the sealing. In any case, the unit must be remade. The breakage report for the insulated glass is booked with the A+W Smart Companion.

Such a breakage report can be checked with the defect pool. In our example, it is determined that the delivery date must be honored and that it should be checked whether the purchased TG lite can still be "rescued." The frame and counterlite are put back into production. The TG can be rescued, and the IG produced for the order sorted onto the shipping rack.

Everything goes smoothly during loading – who would have thought that – and the truck leaves dispatch. But the story doesn't end here if the company is using the A+W Logistics Optimizer with the Smart Delivery module.

During delivery, it happens again: our unfortunate lite is damaged by the crane when it is being moved. However, the best part of using A+W Smart Delivery is that the delivery quantity can be adjusted directly on-site in the digital delivery note and a remake started in production. Just in time from the construction site. This way, delivery the next day is generally possible.

Was that all? No. That would be nice.

One year later, the customer complains about our IG lite due to moisture in the airspace. It is revealed that the sealing was porous - and so moisture made its way in between the lites.

Now the advantages of batch tracing with A+W IoT Smart Trace come to bear. It can be determined very easily what other insulated glass was sealed for which customers with the same sealing batch. It's possible it was just a remake lite and the other lites in the order were sealed with a different batch. Such information can be very comforting - or tip the scales in favor of taking action.

Not just an unfortunate lite, but all damage described can be evaluated in the system. Employee, date, time, material, place, machine, batch, etc. are recorded with bookings via the A+W Smart Companion with help from A+W IoT Smart Trace.

First there was the production module of A+W Smart Companion, the state-of-the-art scanning solution for smart devices; now, with the "Stock & Inventory" module, there is a version for paperless stock management and inventory. For only continuous digital booking of incoming stock and stock transactions enables reliable data management between stock, ERP system, and production. Using the new stock module, you can now digitalize all of your stock-keeping with the A+W Smart Companion.

A+W IoT Smart Trace is a manufacturer-independent Industry 4.0 data platform. Companies can use this system in production to record, save, and evaluate data from various sensors, scanners, machines, and software systems on a common platform.

To do this, the information is enriched with metadata (when, where, generated and sent by whom) and stored on a central data server so that is revision-proof. The batch tracing (lite, sealants, drying agents, etc.) is a central function of A+W IoT Smart Trace. 600450
A+W Software
A+W: Rescuing an IG Unit that was a Victim of Bad Luck glassonweb.com