Trends and Forces Shaping the Future of the Building Skin 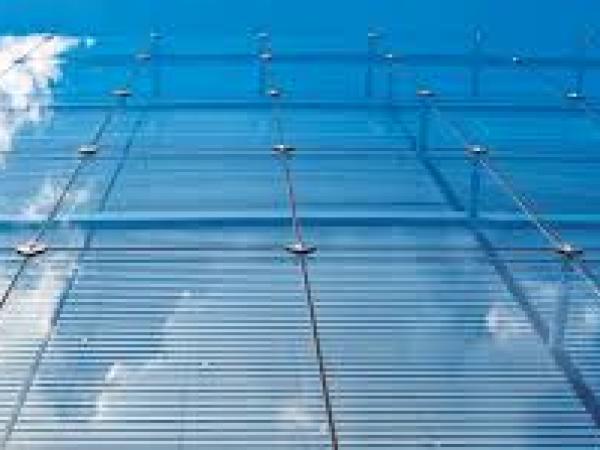 The architectural façade has long been a compelling focus of interest for building scientists and designers alike, combining attributes of both appearance and performance in a manner unlike any other building system.

Market forces today are driving a step change in building skin technology bringing even greater attention to the façade, and increased interest acrossthe profession, industry and the academy. Rapid climate change, unstable energy prices, depletion of easily accessible carbon-based energy resources, deteriorating economic conditions, increasing adoption of green and sustainable building practices, and urban population growth, are all among the pressures forcing change across broadening areas of global culture. The intent here is to take a brief look at how these forces are shaping the future of the built environment through the building façade.

Its (almost) All About Glass: Glass has become a ubiquitous material in the building skin, a virtual commodity material, in spite of the threat it poses in extreme loading conditions (blast and impact), and its extensively documented behavior as a poor thermal and acoustical insulator. Despite frequent predictions of a decline in the use of glass in the building façade, the trajectory remains upward, as evidenced by the latest crop of glass skyscrapers taking shape from Ground Zero in lower Manhattan to Shanghai. Meanwhile, the debate continues: should the use of glass be prescriptively limited, or are large areas of glass required to maximize energy efficiency. Daylighting is the determining factor here, and substantial documentation exists demonstrating that large areas of clear glass are not a prerequisite for effective daylighting, and if fact create more challenge than benefit with respect to good daylighting design (Daylighting Collaborative 2011). Regardless of ASHRAE’s attempts to limit the use of glass in the building façade as a means to improve energy efficiency, and the glass industry’s successful efforts to block such limitation (Devlin 2010), a gradual reduction in the use of clear glass in the building skin is at hand.

Glass Processing: As float glass production became an increasingly commodity material produced to razor thin margins, the industry redirected to a focus on new products made from float glass, and the secondary processing market has now outstripped float production in value.Architectural glass products are dominated by performance-enhancing processes–laminating, insulating, coating, etc.– resulting in the decreasing use of raw float glass in the building envelope. This trend will continue despite problems with the recycling of these value-added products.

Security Glazing and Facades: Safety concerns with respect to the extreme loading resulting from terrorist attack and increasingly violent weather events have continued to rise since the bombing of the Murrah Federal Building in Oklahoma City and the devastation caused hurricane Andrew in 1992. As the terrorist and storm threat continue to rise, so will the development and application of security glazings and façade designs.

Dynamic Glass: After decades of start and stop development, the availability of affordable, high-performance electrochromic products appears to be imminent. Sage and Soladigm both claim to be bringing online new high capacity fabrication plants for their products.

Big Glass: Producers in Germany and China continue to tool up for the production of oversized glass products. Laminated glass is now being produced in excess of 45 ft (13.7 m) by 10 ft (3 m), and even larger IGUs are reported. Current limitations imposed by tempering ovens, autoclaves, and handling equipment will soon be replaced by transport capacity. It remains unclear that this market will experience much future growth.

Bent Glass: Cold bending is one of the popular techniques in bespoke façade design today. In contrast to the traditional method of heating glass to the plastic range prior to deformation, cold-formed glass is achieved by forcing and securing the material in the bent shape during installation, or by bending the glass in a fixture and laminating while in the bent form. The process produces glass free from the surface distortions resulting from heat forming, but imposed added stress on the material.

Deep Skins: Conversely, façade designs are getting deeper with the introduction of multiple skins, deeper cavities, shading systems, and even maintenance and circulation space. A new skyscraper under construction in Shanghai includes a double skin that incorporates multiple atria within the cavity (Zeljic 2011). The profession is equal parts interested in and skeptical of double-skin facades. The continued upward trend of this technology is threatened by lingering negative economic conditions, but the façade is nolonger constrained to the thickness of the curtain wall system.

Shape Shifting: Geometric complexity in the building façade will continue, fueled by new parametric modeling tools such as Rhinoceros and Grasshopper, which are being eagerly embraced by students and young professionals. Optimization is an emergent computation process providing the rationalization of complex surfaces as a means to reduce part differentiation in the built façade. Alternatively, architectural firms like SHoP are working with fabricators and installers to mitigate the cost, time, and risk associated with component differentiation.

Daylighting: Daylighting requirements should be legislated as a means to reduce electricity consumption, a major contributor to GHG emissions.

While appropriate leadership to accomplish this is lacking, daylighting design practice is gradually growing. LEED, despite its shortcomings, encourages this practice.

Integrated Facades: In the deeper zone of the building envelope (see deep skins above), shade systems and electric lighting will be tied to the façade through sensors and controllers, with the whole system tied to a building automation system. These systems remain somewhat unreliable and expensive but are improving in all respects. For a great example, see the work done by the Lawrence Berkley National Laboratory on the New York Times Tower (LBNL 2009).

Acoustical Facades: Acoustical behavior has emerged as an issue of growing concern, largely driven by the increasing urban residential population. The inside/outside sound transmission properties of various glass products are well known and documented, but it gets more complicated in a curtain wall system. Flanking sound, or sound across partitions, floors, and building units, is emerging as a significant problem. Triple glazing, laminating, and double-skin facades are all techniques to improve acoustics through the building skin.

Façade Retrofit: Energy retrofits to the existing building stock represents the greatest opportunity in greening the building sector. This will be a major future market for the industry, driven by such programs as the White House Agenda and the 2030 Initiative, and ultimately by incentives and legislation. LEED certification trends reflect this: in 2010, new floor area for Existing Buildings Operations and Maintenance (EBOM) in the domestic market for the first time exceeded floor area for New Construction, Core and Shell, and Schools combined (Watson 2010 p 5). Renovation roughly equals new building construction in market value already; moving forward new construction will continue to decline while renovation and energy retrofits increase.

Glass As Structure: The TKTS all-glass grandstand at Times Square is a tour de force in glass structure design that jumped structural glass technology forward (Patterson 2011 p 243). Expect further developments and applications, but this will remain a small boutique market.

Glare: As with acoustics, glare has emerged as a significant problem with glass, both inside and outside the building envelope. The marketplace has seen its first lawsuits dealing with glare–a recent occurrence at the Vadara Hotel and Casino on Las Vegas–where a façade with concave curvature beamed concentrated solar energy so intense it singed a guest’s hair. Glare problems in China have caused code changes and prompted regulating authorities to block the construction of some new glass skyscrapers.

Building Integrated Photovoltaics (BIPV): The commitment to renewable energy sources remains low, hobbling what should be a robust market that would both provide jobs and reduce environmental stress. The technology continues to improve, and cost is gradually dropping but remains relatively high. New project incorporating BIPV continue to emerge, but the BIPV component is frequently value engineered out, limiting applications to a small market of small projects.

Recycling: Architectural glass is not recycled (Patterson 2011a p 107). The glass industry must confront this problem by developing cost effective recycling technologies for all architectural glass products, and the collection infrastructure to facilitate the recycling process. Saint Gobain has started such a program in the UK. Failure to do so will compromise the sustainability of needed facade retrofits.

Education: Today’s architectural programs remain highly design oriented, with little emphasis on building science. This will gradually change as performance issues come increasingly to the forefront. Most architecture schools do not even address façade technology in their curriculum.

R&D: The construction industry has long been negligent in reinvesting profits in new research and development. This is changing as suppliers, vendors, and contractors recognize that their success in a more competitive and technically demanding future will depend increasingly on their ability to deliver more efficient and economical solutions. Despite continuing tight economic conditions R&D spending will increase; look for surprising collaborative R&D initiatives to emerge bringing together government, industry, academic and professional groups in common pursuits.

Legislation, Codes and Incentives: Action here is slow in coming do to an absence of leadership and the interference of special interest lobbyists. Energy efficiency improvements included in ASHRAE 2010 were actually repealed in the face of intense lobbying by a glass industry fearful of a decrease in glass use. Domestic curtain wall practices continue to lag behind Europe, and legislative intervention would spur development and practice. Action is also needed to compensate for the disincentive to improve building energy efficiency when energy costs are simply passed on to tenants by the building owner.

LEED: While the USGBC’s controversial Leadership in Energy and Environmental Design program continued its rapid increase in certified building area, the program appears to be loosing steam because of the lingering economic downturn. While certifications in 2010 passed the major milestone of one billion square feet globally, new registrations, the indicator of future certifications, dropped for the first time in LEED history, to just below 2007 levels.

Trends are indicators, not predictors, and can shift rapidly under the press of such market conditions as are now prevalent. This is why they are important to watch as a means to anticipate opportunity and threat. There is much underlying instability in the marketplace, which will likely spread, deepen, and manifest in unpredictable ways if negative economic conditions continue. Future success will be a measure of actions undertaken now in preparation for the coming changes.

Daylighting Collaborative 2011. ‘What is daylighting.’ http://www.daylighting.org/what.php

Mic Patterson has made a career study of structural glass facades, participating in a diverse body of novel applications. He is the Director of Strategic Development with the Advanced Technology Studio of Enclos, an international curtain wall firm. Patterson is a PhD candidate in the School of Architecture at the University of Southern California. He has taught, written and lectured on varied aspects of advanced façade technology. He is the author of Structural Glass Facades and Enclosures.

600450
By Mic Patterson
www.enclos.com
Trends and Forces Shaping the Future of the Building Skin glassonweb.com

The Aesthetics of Color in Architecture Glass Facades
Research deals with the effect of using color in aesthetic taste of architectural interfaces as one of the most important problems affecting the architectural form.
Glass Constructions Under Extreme Boundary Conditions
Constructions at exceptional locations are often challenging but worth one’s while. Extreme boundary conditions and sophisticated demands of the client have to be considered.
20 Farringdon Street - Case Study
Unitised Façade System Designed with a Highly Transparent Façade of Low G-value Combined with Blast Requirements
Glass Fins in Architecture
For years and years research, development and discussions have been made on the safety of glass structures.
Smart products in the façade: Dynamic glazing III
This article is dedicated to dynamic glazing in the façade. This is an update of the articles on smart products in the façade I and II published in March 2019 and May 2020.
Structural glass: A new remedial tool for the consolidation of historic structures
This research investigates the potential of glass as a new design tool to highlight and safeguard our historic structures.

Şişecam is preferred for the office building: The Ilbank Atasehir Tower