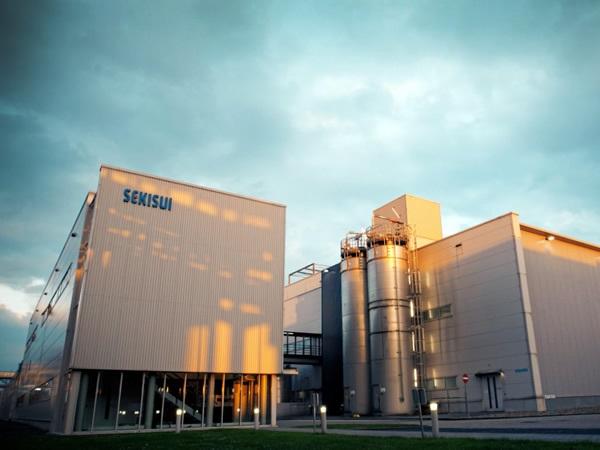 Furthermore, the demand for laminated-glass film is expected to grow even faster than the increase in the number of cars manufactured, as the application of the film will be extended to include side windows and sunroofs.

This investment will also equip the company to manufacture film for another growing market: windscreens suitable for head-up displays (HUDs). These displays incorporate technology that projects information, such as car speed, onto a transparent surface, such as a windscreen.

The expansion is also expected to create dozens of jobs.

* The Japanese financial year runs from April to March 2nd Annual meeting for National Associations
The second Glass for Europe annual meeting for glass and glazing national associations took place on 29 November.
Office building in San Francisco features Solarban® 72 Starphire® glass by Vitro
Solarban® 72 Starphire® Glass Curtain Wall and Glass Handrail Balconies Distinguish Office Mid-rise in SoMa San Francisco
Seminole Hard Rock Hotel & Casino made with SentryGlas®
Stunning six-string edifice strikes a chord on Hollywood, Florida skyline thanks to SentryGlas® – both inside and out.
Glass for Europe’s statement on the revision of the Industrial Emissions Directive (IED)
The flat glass industry in the middle of a major industrial transformation process to reduce all emissions and this requires significant investments.
For Glass Alliance Europe, ‘the emergency shall be to design measures to curb today’s excessive energy costs’
Today’s energy prices are an existential threat for the future of Europe’s glass industry.
3 reflections on the energy crisis from the flat glass industry
Glass for Europe wants to share 3 reflections from the flat glass industry ahead of upcoming the extraordinary meeting of EU energy ministers in Brussels.