Experimental investigation on the compressive response of laminated glass members 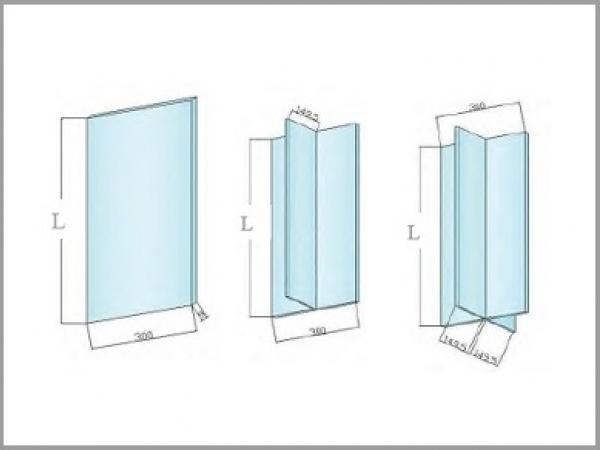 A series of four-point bending tests were carried out on monolithic and laminated panels in order to evaluate the ultimate tensile stress of the glass considered and the effective level of connection between the glass foils.

The general experimental program provided compressive tests on single panels and on assembled panels, making up a column (Aiello et al. 2011 and Campione et al. 2012). A series of four-point bending tests were carried out on monolithic and laminated panels in order to evaluate the ultimate tensile stress of the glass considered and the effective level of connection between the glass foils.

Specimens were manufactured with laminated glass, which was composed by two foils of float glass with thickness 4 mm connected by a polyvinylbutiral (PVB) film having thickness equal to 1 mm. Bending tests were performed on three monolithic and three laminated panels for each series. The specimens’ dimensions were respectively 300x100 mm, while the thickness was 4 mm for monolithic specimens and 9 mm (4+1+4) for multilayer panels. Compressive tests were carried out on single panels and columns.

It has to be noted that the target of the present work was the characterization of the instantaneous behaviour of laminated glass members; hence tests were carried out in a short time and consequently viscous and long-term effects were not taken into account.

These effects are of fundamental importance for laminated glass members (Bricoli Bati et al. 1010, Biolzi et al 1010, Aiello et al. 2011, Amadio and Bedon 2011, Galuppi and Royer-Carfagni 2012), which are made up with an interposed viscous-elastic material (PVB for instance), whose mechanical properties are affected by time, temperature, humidity and so on.

Bending tests were performed in a controlled environment with a temperature value equal to 18°C and humidity of 50%. The test results on the monolithic panels showed that average ultimate stress values of monolithic glass specimens were 37 N/mm2.

For compressive tests panels were mounted in the supports described above; attention was paid to positioning, in order to center the application of the load with respect to the plates of the testing machine and to avoid eccentricities. As expected, brittle failure was observed due to a buckling phenomenon.

From the point of view of failure observed (see Figure 2 on the following page) at an initial stage only one flange showed diffused cracking while the orthogonal panel had fewer cracks, only on one halfside and mainly concentrated at the ends and in the middle-height, meaning that it was restraining buckling of the other panel.

It has to be noted that columns were produced by gluing a continuous panel with two shorter pieces and a slight difference in height between the two flanges could occur. Therefore the higher flange first carried most of the compressive load while a piece of the orthogonal fl ange restrained buckling of mail panels and carried a smaller part of the load.

The load-displacement curves (Figure 3a, see p. 41) show that the panels behaved in a linear-elastic manner down to failure, without strength recovery.

It is interesting to observe that by increasing the length the stiffness of the compressed members decreases, as do the critical load and the corresponding maximum shortening. When the maximum load is attained, sudden and brittle failure is observed, with no residual strength. Figure 3 b) (see p. 41) shows the axial load-shortening curves for T-shaped columns. In this case the peak loads for the different lengths examines are in the range of 30%.

In this paper, the results of an experimental investigation on glass members were presented and discussed. The compressive behaviour of laminated glass panels and columns was examined, the flexural behaviour of panels also being analyzed.

For the range of variables analyzed the following conclusions can be drawn.

- the buckling strength of panels strictly depends on the slenderness;

- the level of connection experimentally determined depends on the type of glass examined, also for standard temperature and humidity conditions. This fact highlighted the importance of the manufacturing process of laminated glass;

- limiting the slenderness ratio in glass columns did not make it possible to avoid quasi-brittle failure. Indeed, local buckling occurred, due to the small thickness of the flanges making up the columns;

- by adopting a T of X shape of the transverse crosssection buckling effects are reduced but failure is governed by rupture on single panels as a consequence of rupture at the interfaces between single panels.

Potential of Structured Switchable Glazing*
The performance of the glazed sections of the facade is essential for providing the maximum possible comfort for the building occupants, while minimizing the energy and resource demands of the building.
ASTM E1300 Uniform Load Strength Reduction Factor not Required for Ceramic Enameled Glass
Recently, the uniform load resistance of enamel coated glass plates has become a topic of interest with respect to proposed changes to ASTM E1300.
Applied Machine Learning in Structural Glass Design
This paper demonstrates the feasibility of training machine learning algorithms on structural data and their potential application as a predictive tool in early stage design work.
Influence of Aging on Post-Fracture Performance
Laminated glass deteriorates with time when subject to different environmental conditions. In this work, the impact of different environmental conditions on post-fracture performance is investigated by means of through-crack tensile tests on small scale PVB laminates.
New Concept of Horizontal Structural Elements in Glass: Self-bearing 𝜋 Shape Plate
A new design of structural glass application is presented, based on a horizontal self-bearing and pre-stressed glass solution.
Hybrid Glass Structures
Façade transparency is becoming an increasingly significant design factor for both client and architect, which has aesthetic and comfort implications.

YOUR LAST Videos from GPD Finland 2019

Laminated glass with Saflex® Structural has construction benefits in Germany