Kuraray is pleased about numerous and well-informed visitors 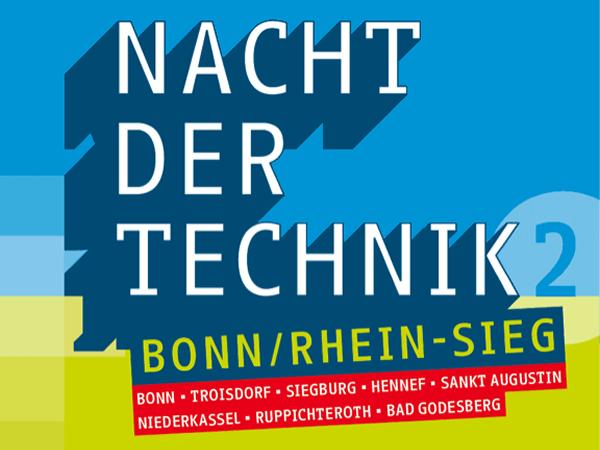 "See, understand, experience technology" was taken by 90 visitors as an opportunity to take a closer look at the production of Kuraray films for laminated safety glass (Trosifol and SentryGlas). On the second "Night of Technology in the Rhine-Sieg District and Bonn" on October 1, but for the first time at Kuraray Europe GmbH's Troisdorf site, external visitors were allowed to take a close look at the production of films for laminated safety glass.

"We are very pleased with the response and with 90 visitors we were booked to capacity," says Dr. Holger Stenzel, site manager of Kuraray in Troisdorf. In return, the interested guests were shown the entire production process: from the fully automated raw material warehouse, through the production of the qualitatively complex automotive films (for windshields in cars), to research & development and quality control with a test demonstration of a ball drop test. This involves dropping a metal ball weighing 2.26 kg from a height of several meters onto a laminated safety glass pane, which must not allow the ball to fall through after breakage.

Dr. Jan Beekhuizen, responsible for Research & Development at the site, commented: "We were surprised at how well informed the visitors were. Obviously, all of them had informed themselves sufficiently about the manufacturing process and function of our films beforehand. The questions were correspondingly detailed. One little boy wanted to know exactly whether such a broken pane could still hold him after the impact of the metal ball. We were able to reassure him and everyone else - after all, that is precisely the task of the film. Laminated safety glass must still have sufficient stability after glass breakage so that, for example, car occupants can still sit safely and securely in the car after a stone impact accident."

The concept of dividing the visitor groups into small units of around six people worked very well, confirms Holger Stenzel: "This gave us sufficient time and opportunity to address all questions." And Jan Beekhuizen adds: "We have received only positive feedback. That made all the attendants at our company and the two young laboratory assistants from Research & Development, who were on duty until well after midnight, very happy. After all, it pleases everyone to be able to show their workplace to such interested visitors."

Claudia Roth from the Human Resources Department organized the event internally at Kuraray: "Maybe this wasn't the last time we took part. If the visitors are so interested, it's fun for everyone - the colleagues and the guests. 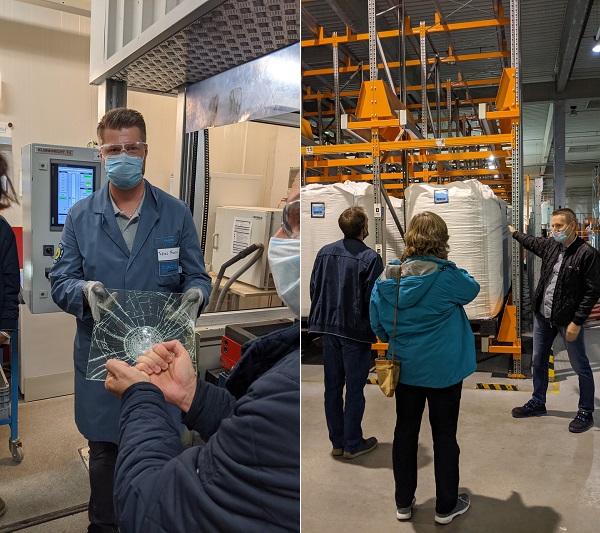 Trosifol is the leading global producer of PVB and ionoplast interlayers for laminated safety glass applications in the architectural segment. With the biggest product portfolio worldwide, Trosifol offers outstanding solutions:

600450
www.trosifol.com
Kuraray is pleased about numerous and well-informed visitors glassonweb.com

Glaston closes EUR 31 million deal for multiple insulating glass lines
Glaston has received a strategically significant order from a glass processor in Europe, valued at approximately EUR 31 million.
Vetropack contracts HORN for furnace repair
Furnace 52 at the Moravia plant in the Czech Republic will be repaired in 2023. Furnace specialist HORN Glass Industries AG has now received the order for this.
Statement of postponing China Glass Exhibition to 2023
The organizer has made the following decision: The 32nd China International Glass Industrial Technical Exhibition will be postponed to 2023.
Winners announced for 2022 Vanceva® World of Color Awards™
Architects and designers recognized for creative use of color and glass in design projects
Guardian Glass focuses on service innovations at Glasstec 2022
Guardian Glass is set to showcase a clear customer service focus at glasstec 2022 (Hall 10, stand A38).
GlassBuild America Announced as Trade Show Executive’s 2021 Gold 100 Honoree
Honoree list recognizes the top executives and their trade shows that set the gold standard in a tumultuous 2021