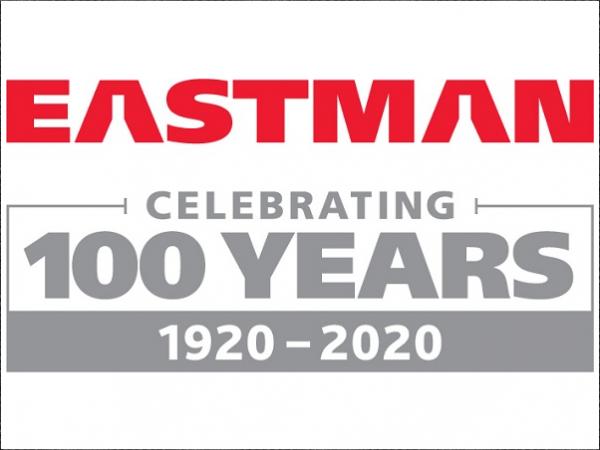 Company will celebrate 100 years of innovation in 2020.

In 2020, Eastman will celebrate 100 years since the company was founded by George Eastman in Kingsport, Tenn. The company will launch a yearlong celebration of events, commemorations and special programs as it pays tribute to its 100-year legacy while looking forward to the future.

“This is a very special moment in our history,” said Mark Costa, Eastman Chairman of the Board and CEO. “Not all companies get the opportunity to celebrate a centennial. We want to commemorate Eastman’s rich 100-year history of achievement while also looking ahead to the next 100 years and our vision of becoming the material innovation company.”

Today, Eastman team members gathered to kick off the countdown to their centennial which will begin in about 100 days. As part of its yearlong celebration, Eastman unveiled a centennial logo that was selected by team members around the world. The centennial logo will be featured in a variety of ways, including on company materials and branded merchandise throughout 2020. 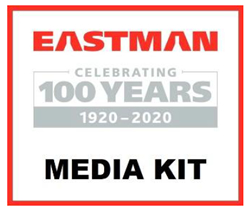 Eastman will also use social media to share the company’s global celebration. The company today launched a new Instagram account, @eastmanglobal, that will feature photos from the past along with profiles of team members.

The public is invited to join the celebration through a special centennial section that will be featured later this year on the company’s corporate website eastman.com. The site will feature stories about Eastman’s rich history of innovation, the people and teams who have contributed to the company’s success for the last 100 years, and the values and principles that will shape Eastman’s next century of improving the quality of life in a material way.

Eastman centennial branded merchandise will be available for purchase through the Eastman Gift Shop both online and at the shop’s location in Kingsport.

Plans are currently underway for several centennial events that will be held throughout 2020. Those plans will be announced at a later date.

Eastman Then and Now

It was in 1920 that Eastman Kodak founder, George Eastman turned his attention to the southern United States and its forests, to find a supply of chemicals for his photographic processes. That was the beginning of Tennessee Eastman.

Eastman is the first manufacturer in the U.S. to develop and commercialize technology that derives chemicals from coal, rather than petroleum. The first coal gasification facility began operation in 1983 in Kingsport, Tenn. and in 1995 was designated a National Historic Chemical Landmark by the American Chemical Society.

Eastman's commitment to quality was recognized when the company received the prestigious Malcolm Baldrige National Quality Award in 1993. The following year, Eastman Chemical Company spun off from Eastman Kodak and became an independent corporation. Eastman has played a major role in many areas of history. Our tradition of leadership and innovation has affected our past and will continue to direct our future as a pioneer and leader in an ever-changing global market. Our core values of quality, innovation and teamwork provide the framework for our success.