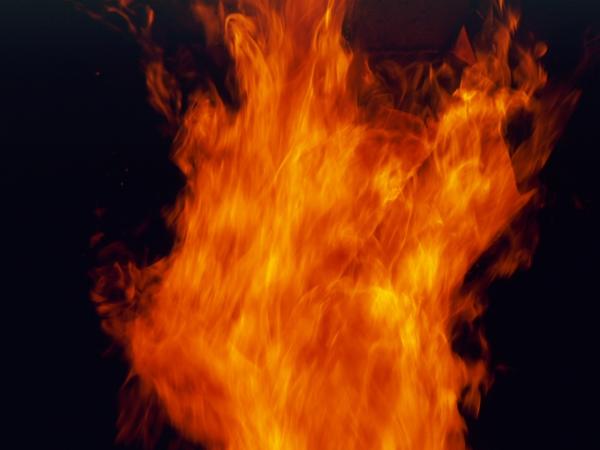 Part of what made the fire so deadly was the inadequate fire protection in place at the time. According to Associated Press sources, the fire alarms in the building were extremely unpredictable.

An old headline became a new one in January of this year as two men were finally sentenced to prison for causing the fire at Seton Hall University back on January 19th, 2000. The blaze was the worst dormitory fire in U.S. history, killing three students and injuring 54 others. The fire had been started deliberately in a lounge area and quickly spread to residential rooms in the dorm.

Part of what made the fire so deadly was the inadequate fire protection in place at the time. According to Associated Press sources, the fire alarms in the building were extremely unpredictable. Dorm residents had endured approximately 18 false alarms the previous semester. Many students simply concluded that the noise blaring in the night was just another mistake, so they rolled over and went back to sleep.

In this case, the alarms operated properly. All the fire extinguishers were in working order as well. But no one had taken into account how students would respond. With no sprinklers in the dorm, there was no second line of defense. Once the fire alarms failed to get the attention of occupants, there was no back up method for containing the fire.

The tragedy highlighted the critical need for redundancies. A fire protection program requires three primary components to provide adequate safety: Detection, suppression and compartmentation. When even one is missing, the potential risk rises dramatically.

Detection is the work of fire and smoke alarms. They are intended to alert people to the danger, preferably as early as possible. Suppression encompasses such measures as extinguishers and sprinklers that can douse the flames before firefighters arrive.

Many programs stop with those two levels of protection. In fact, some schools rely almost exclusively on sprinklers the way Seton Hall relied on alarms. Yet statistics show that in real life fires, sprinklers fail to activate up to 16% of the time. And given the nationwide recalls of sprinklers in recent years, it seems unwise to put all the eggs in that basket.

Both sprinklers and alarms are considered "active" systems, requiring a number of steps to happen in the proper sequence. One unanticipated factor can impair the effectiveness of the entire system. For example, what happens if the water supply valve is shut off? What if the water pressure drops? What if someone painted over the sprinkler heads during remodeling? Or, what if everyone ignores the alarm?

Everyone agrees that sprinklers and alarms save lives and dramatically reduce the risks associated with fire. There is no question that they should be installed strategically and widely. However, sprinklers and alarms only address two issues: how to detect fires and how to suppress them. And if they are anything less than 100% effective, it is critical to also have systems in place to aid in the compartmentation of the fire and smoke.

Compartmentation is the division of a building into smaller units, using fire resistant construction materials. Fire-rated sheetrock, ceiling tiles, doors and other products can create physical barriers that help prevent the fire from spreading room to room.

Unlike the active systems, these “passive” fire-rated materials are on the job around the clock. They can give the extra time needed for occupants to evacuate a building and for firefighters to arrive to finish putting out the fire.

Such rigorous fire protection may seem like a job reserved for beefy products such as steel and concrete. But one of the least likely heroes in this battle is glass. Whether installed in doors, sidelites, transoms or windows, fire-rated glass is an invisible ally, performing a remarkable service and enhancing life safety.

Glass is often used in fire-rated walls for a number of reasons. It allows light further into the building, it provides greater visibility for people entering and exiting a space, and it can offer more aesthetic appeal than a solid cinder block wall. Typically, fire-rated glass is used instead of ordinary window glass in corridors, lobbies, stairwells and other key areas of a building that could serve as an escape route for people trying to exit during a fire.

Don’t let the thin, clear appearance fool you: fire-rated glass is actually a tough, sophisticated roadblock to the passage of flames and smoke. And no ordinary glass can match it. Standard float glass will shatter when temperatures move beyond 250° F.

That leaves an unobstructed path for fire and smoke to travel into other parts of a building. By way of contrast, fire-rated glass has been tested in furnace conditions where the temperature exceeds 1600° F. In a real fire, glass that has passed that kind of testing will remain intact, isolating the space and restricting the expansion of the fire.

Fire ratings are assigned in time increments, based on a material’s ability to perform satisfactorily during testing. Glass can earn ratings from 20 minutes to 3 hours. Several factors determine what level of rating is required in any particular application.

For instance, the third floor of a hospital might have bed-ridden patients who would find it difficult to evacuate during an emergency. In contrast, a single story elementary school might empty very quickly under similar circumstances. Codes would therefore dictate different fire ratings for the glass and other materials used, depending on how much time is deemed necessary for escape or rescue.

At one time, the only fire-rated glass on the market was polished wired glass. For decades, it was the only glazing material that could endure the rigorous testing process to earn a fire rating. The glass cracks and melts during a fire, but the wire mesh prevents the glass from falling out of the frame. With its unusual and innovative way of maintaining a fire barrier, wired glass quickly became the industry standard.

Although wired glass may perform well during a fire, it is relatively easy to break in the course of everyday use. Once broken, the wires may form dangerous snags that can cause serious injury. So in the past five years, building codes have eliminated the use of wired glass in what are deemed “hazardous” locations – doors, sidelites and openings near the floor and other areas where impact safety products are required.

Fortunately, a number of new glass options have emerged that outperform wired glass in terms of both fire and impact safety. These glasses have also managed to eliminate the need for wire mesh -- improving appearances and moving away from the "institutional" look and feel of wired glass.

One of the new product options isn’t technically a glass at all: it is ceramic. For centuries, ceramic has been prized for its ability to withstand heat and thermal shock. Today, sophisticated ceramic products can be found in kitchen cooktops, car engines and gas fireplaces, precisely because ceramic holds up well when things get hot.

Capitalizing on this trait, manufacturers developed a transparent ceramic for use in fire-rated openings. Once installed, ceramic looks like ordinary window glass, yet it retains its heat-resistant qualities. And while ordinary ceramic can be rather brittle, state-of-the-art technology has produced fire-rated ceramic products with high impact protection ratings (meeting the highest standard, CPSC 16CFR1201, Category II). Available in insulated units to meet energy code requirements for exterior applications, ceramic can also be beveled, etched or sandblasted without affecting the fire rating.

Ceramics have been tested to endure something else that is often overlooked: water. When water from a sprinkler or fire hose hits hot glass, the glass typically shatters or explodes. Standard glass cannot handle the stress of two different temperatures on its surface at the same time. When that happens, the barrier is breached and the flames and smoke are free to spread through the opening that is left behind.

Fire-rated ceramics, however, have passed what is called the "fire hose stream test," and they are unaffected by this type of thermal shock.

Here is yet another example of why reliance on sprinklers alone may be unwise. Properly activated sprinklers may completely extinguish a fire, but in doing so they can generate large volumes of smoke. If water from the sprinklers came in contact with hot, non-rated glass during the fire and the glass shattered, that smoke will spread freely. And since the majority of fire-related deaths are due to smoke inhalation rather than burns, there is still cause for concern -- even after the fire is out.

In some settings, walls must block heat in addition to flames and smoke. In stairwells, for instance, where people could conceivably become trapped during a fire for long periods of time, the heat could quickly build up to an intolerable level if there were no means of keeping the temperature down. Historically, this has meant using solid barrier walls and only a small amount of glass for visibility as needed.

Recent advancements in fire-rated glass have changed that, making it possible to have unrestricted amounts of glass in locations with 2 hour fire rating requirements. These newer glass products are called glass fire walls, because they are tested to the same standards as solid walls. Although completely transparent, they act as a barrier to the transfer of heat. Tests have shown that even with a hot fire on one side of the glass, the opposite surface of the glass is still cool enough to touch.

Glass fire walls incorporate a range of different technologies, but all work on essentially the same principle. Multiple layers of glass sandwich an inert material which turns to foam during a fire. The foam obscures vision but blocks the heat of the fire.

This has opened up tremendous possibilities. Architects can now design spaces with glass that goes from floor-to-ceiling and wall-to-wall. Glass fire walls can incorporate full lite doors as well for maximum visibility.

All this can be done without compromising performance or life safety. By incorporating both passive fire-rated glass and active systems such as sprinklers and alarms, facilities can provide the best possible balanced defense against the ever-present threat of a fire.

Jerry Razwick is founder and president of Technical Glass Products (TGP), a distributor of specialty glass and framing as well as architectural products. He has been a glass factory agent in foreign and domestic markets for over 25 years. Mr. Razwick has served on the Industry Advisory Committee for Underwriters Laboratories, Inc. and is an active member of AIA, CSI, NGA and GANA. www.fireglass.com

Exploratory study on the load-bearing behaviour of laminated glass beams exposed to fire
This study provides a closer look at fire performance of glass beams and proposes further examinations to increase the load-bearing capacity in case of fire.
Differentiation in Architecture by Professional Designs and New Materials
The economy globalizes. The industries concentrate. The productions become uniform. Cultural specificities disappear. About architecture and glass in architecture, it is the same phenomenon.
Ahead of the Curve: Innovative Cold Bent & Insulated Glass Entry Wall
“Going ahead of the Curve” is what the advertisement states outside of newly remodeled, Class A office building at 160 Elgin Street in Ottawa, Canada.
#AskGlaston Flat Tempering Series Episode 2: Stress calculation
In the second episode of #AskGlaston Flat Tempering Series, we will talk about the new solution to estimate the stress level in glass – online.
Edge-laminated Transparent Structural Silicone Adhesive (TSSA) Steel-to -Glass Connections
This work focuses on the Transparent Structural Silicone Adhesive (TSSA), produced by Dow Corning.
How to stop wasting resources in glass tempering
This latest Glastory blog by Miika Äppelqvist is dealing with the areas of the tempering process that can be improved to make operations more efficient.