A perspective of glass and the terrorist threat | Wrightstyle 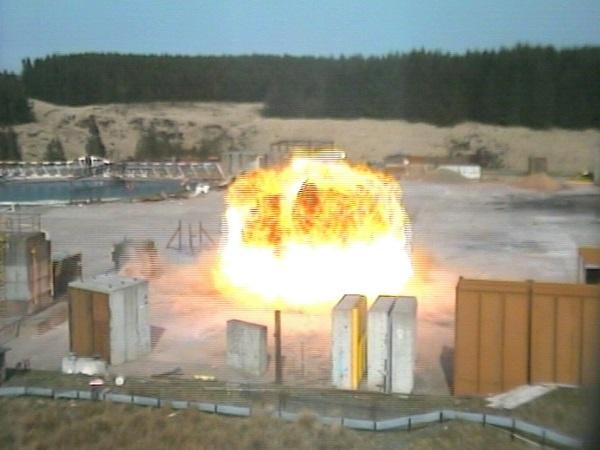 When it comes to terrorism, perception is everything.

The FBI defines terrorism as “the unlawful use of force or violence against persons or property to intimidate or coerce a government, the civilian population, or any segment thereof, in furtherance of political or social objectives.”

The Encyclopedia Britannica, more prosaically, defines it as “the systematic use of violence to create a general climate of fear in a population and thereby to bring about a particular political objective.”

Like it or not, the threat of terrorism is one which we live with daily. Objectively and statistically, we may not have much to worry about; perceptually, it’s a different matter.

The main terrorist threat comes not only from the high explosives used in many terrorist incidents but from flying glass and the failure of systems supporting the glass.

According to a submission to the US House of Representatives sub-committee on public buildings and economic development “glass is the single greatest source of both building damage and human injury in urban bomb attacks.  In urban bomb attacks many people can be fatally injured at great distances from the detonation – people who would have survived uninjured but for falling or flying glass.”

The mechanism of injury from blast injuries has been studied since the Balkan Wars in 1914 and continued during and after World Wars I and II. Overall, blast injuries result in mortality ranging between 7.8% in open air to 49% in a confined space. A majority of victims (70%) will sustain soft tissue injury, and traumatic amputations will occur in approximately 11% of cases.

The issue of glass as a terrorist weapon was pushed to the top of the security agenda by the attack on the Alfred P Murrah Federal Building in Oklahoma City in 1995, the first time that a major terrorist attack had happened on US soil and which gave rise to an unprecedented level of buildings research. In that attack, 167 people died and 750 were injured.

Based on research carried out by the Walter Reed Army Medical Center following the Oklahoma explosion, another fact from the NCTC is that “blasts involving explosives inflict severe…injury, mostly as a result of secondary blast effects from glass [and other] debris.”

Most people killed or badly injured in a blast involving high-order explosives (HE) are affected by either primary or secondary blast injuries. Primary HE blast injuries are caused by high-pressure gases from the explosion rapidly expanding to produce a supersonic blast wave. This has devastating effects on human air-filled tissue, particularly the lungs and gastrointestinal tract. Primary blast injuries are generally fatal.

Secondly, HE blast injury caused by flying objects, for example, glass fragments. Secondary blast injuries are much more common than primary blast injuries and are the most usual causes of death in blast victims. The penetrating injuries occur most often in the exposed areas of the body such as the head, neck, and extremities.

The Journal of Performance of Constructed Facilities puts it more graphically: “When a terrorist bomb explodes in an urban area, it produces devastating effects, including structural and non-structural damage to buildings, injuries, and deaths. Numerous injuries in explosions result directly and indirectly from window glass failure.

The day after the Oklahoma bombing, the US President instructed the Department of Justice to see what conclusions could be drawn in terms of protecting federal buildings. One of the DOJ’s key findings was “to provide for [the] application of shatter-resistant material to protect personnel and citizens from the hazards of flying glass.”

This indictment on glass was echoed by the conclusions of the Applied Research Association Inc. “Historically, the major contributor to injuries due to terrorist explosion in urban environments is the glass fragment hazard generated by breakage of windows.”

The scale of glass injury can’t be overstated.  At Oklahoma, for example, glass fragments were found six miles from the detonation.  In New York on 9/11, 15,500 windows were damaged within a mile of Ground Zero – nearly 9,000 within half that distance.

In the wake of the Oklahoma outrage, researchers from the Glass Research and Testing Laboratory at Texas Tech University found that damage to property and person could have been reduced if laminated glass had been used in the buildings that surrounded the Federal building. An obvious conclusion, but one that began to concentrate minds on the importance of enhanced glass and framing systems.

As the security, architectural and glass industries began to fully wake up to the enormity of Oklahoma, and of other attacks on western interests in the Middle East, the world suddenly changed.

Perhaps the world should have seen it coming.  In a submission to a US Senate Committee on Intelligence, Louis J. Freeh, director of the FBI, said that: “loosely affiliated extremists, motivated by political or religious beliefs, may pose the most urgent threat to the United States. Within this category, Sunni Islamic extremists, such as Osama bin Laden and individuals affiliated with his Al-Qaeda organization, have demonstrated a willingness and capability to carry out attacks resulting in large-scale casualties.”

His words, prescient and concise were spoken in May 2001, four months before Osama bin Laden proved him right.  After those attacks, a clear consensus emerged among urban planners, architects and, not least, the glass and glazing industry.  Ways to mitigate against blast hazards posed by terrorism had to be found, and quickly.

An initial knee-jerk response, to design high-risk buildings with smaller windows, was quietly kicked into the long grass. Nobody wants to work in a bunker, architects didn’t want their designs to be compromised, and planners and politicians didn’t want to feel that terrorism – in design terms – was dictating what cityscapes should look like. The architectural and aesthetic imperative was to find new ways that would allow buildings to continue to make full use of structural glazing and curtain walling.

Wrightstyle was in a unique position because, as a total systems supplier, we were able to take a more holistic approach, designing and rigorously testing glass types and framing systems and finding innovative ways to reduce profile widths. The objective of our research journey, which spanned some six years, was to design a blast-resistant system that didn’t look like a blast-resistant system.

That journey took us to RAF Spadeadam, and a test site belonging to Advantica, a global engineering consultancy that provides services, software and consultancy to the gas, water and energy sectors, but which also specialises in large-scale test work of a hazardous or potentially hazardous nature.

For Wrightstyle, Advantica set off the largest explosive device they are prepared to detonate on their site, to simulate what would happen to our glazing system if a lorry packed with 500 kg of TNT-equivalent explosive was detonated nearby.

Our integrated system then passed a second test when we moved the seat of the explosion closer to the glass and simulated a car bomb attack. It might have been a smaller explosion but, being closer to the test rig, it generated a more intense shock wave.

The twin test was significant for two reasons. First, nobody – as far as we know – has ever tested against a lorry bomb attack followed quickly by a car bomb attack. It’s a test scenario that in normal circumstances is uncalled for.

Second, most tests of this kind use only a single module of glass. Ours was a multi-panel large span assembly with a slim 60mm profile width. That means that our blast-resistant assembly is indistinguishable from a non-blast rated assembly – meaning that a span of our high-security curtain walling will look no different from any other system.

Since that test, our blast-resistant systems have been specified internationally. It may be a small victory but it does mean that we’ve taken glass from the terrorist’s arsenal.

600450
www.wrightstyle.co.uk
A perspective of glass and the terrorist threat | Wrightstyle glassonweb.com