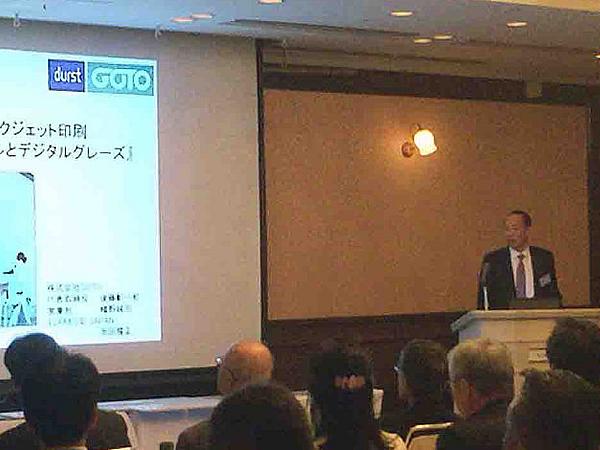 With the Full Digital Glaze Line, Durst is taking tile production to the next level of automation, and synchronizing the glazing, decoration, and final finishing steps to create an end-to-end production process.

The future all-in-one solution comprises the newly developed Durst Gamma DG for digital glazing and the modern 8-color ceramic printer generation from the Durst Gamma XD 4.0 series, and is controlled by a central workflow software.

Japanese ceramic producers were very excited by the tremendous potential that the production line offers in combination with the new effect inks. The design variations on the sample tiles presented by Durst in particular attracted huge interest.

Durst Digital Glaze allows a complete top layer of glaze to be applied to tiles, and real structures with extra-fine definition and a high layer thickness to be created.

For the participants, this was proof of Durst’s innovative strength in taking post-digitalization ceramic production into the next stage of evolution.