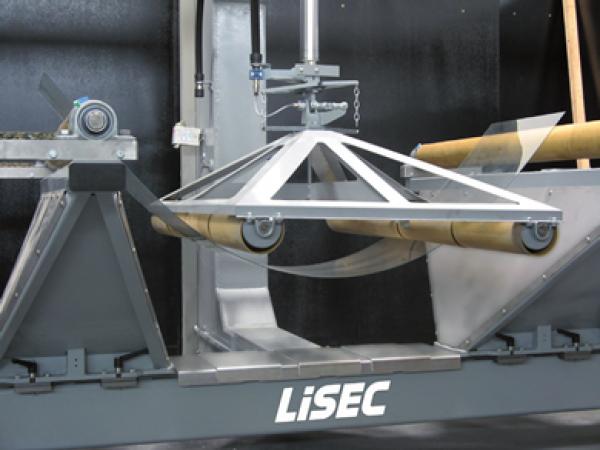 At this year's GPD in Finland LiSEC was represented by two lecturers.

The Glass Performance Days (GPD) is an independent forum dedicated to the development of the global glass industry. Organized biennially, the GPD consists of the largest and leading international glass conference, several workshops, glass product exhibition and versatile social activities.

At this year's GPD in Finland LiSEC was represented by two lecturers.

Peter Holzinger, Head of Sales of the LiSEC Group, talked about using tempered thin glass as middle pane in triple insulating glass units. Compared to double glazings triple IG units provide significant improvements in Ug-values and sound insulation but have one big problem: their heavy weight. Using tempered thin glass addresses this problem by reducing the weight of triple glazings down to the weight of common double glazings and by improving Ug-values down to 0,6 W/m².

Tempered thin glass is ultra flexible, more robust and therefore will play a huge role in future applications in the flat glass and solar industries. Thanks to its many advantages tempered thin glass also played a major role in the second lecture held by LiSEC.

Another important advantage of the LiSEC approach is the increased durability of the modules thanks to the very robust and flexible tempered thin glass and the hermetic sealing, which makes diffusion-proof PV-modules resistant to adverse atmospheric conditions and ammoniac gases.

Both lectures found great interest and response by the audience and ended with lively discussions.

The development of spacer materials, pane gaps+gas filling and coatings can be considered as nearly finished. In these areas only minimal progress can be expected in future. However, demands on windows and glazings are increasing in the context of energy efficiency. Indeed, common double IG-units will no longer be able to meet demands in the future. When considering these aspects, the use of triple IG-units as standard glazing seems to be inevitable.

Thanks to the two pane gaps, triple glazings provide better thermal insulating values than double IG-units but due to their higher weight and worse light transmission, they also have some disadvantages. The following approach describes the use of tempered thin glass for triple IG-units.

Thanks to thin glass, triple glazings can be manufactured with the weight of common double elements, without affecting light transmission and while doubling the insulating effect. Additionally, the required equipment and some further advantages will be described.

Figure 1. Triple glazing with the weight of common double IG-units

Soon Ug-values lower than 0.8 W/m2K will be established by law. With the introduction of the Energy Saving Regulation in 2009 in Germany and its tightening planned for 2012 it has become clear that double units will not meet legal requirements in the future. As legal requirements for thermal insulation are becoming stricter and stricter – see for instance the German Energy Saving Regulation EnEV – there is a clear trend towards using triple units of insulating glass. It will usually only be possible to comply with such regulations using triple units.

Nevertheless, traditional triple glass units also carry some disadvantages. Inevitably they are thicker than double units and therefore much heavier which again makes them more difficult to assemble. Moreover, reinforced profiles and fittings for windows and facades have to be used due to their increased weight.

Triple units also will be combined with higher costs. But while development of spacer materials, pane gaps+gas filling and coatings can be considered as nearly finished triple glazings bring significant improvements compared to double IG-units. As the Ug-value can be easily brought down to 0.6 W/m2 and lower higher costs can be argued better on the market and will be accepted.

Heaviness of triple IG-units due to their additional third sheet is a problem which is addressed by a new approach.

Figure.2. Build up of triple IG-units – special coatings inside

It is possible to assemble triple IG-units considerably lighter in weight using heat-strengthened thin glass as the middle sheet. Tempered or heat-treated thin glass has a very high mechanical load capacity, is very flexible but very light in weight and therefore ideal for triple IG-units. LiSEC already tested and introduced various pane constructions using thin glass instead of common 4 mm (or thicker) float glass sheets. As a result, not only the unit’s weight was reduced but also the problem of climate loads was controlled in a better way.

One possible construction consisted of one exterior 4 mm float glass sheet, one heat-strengthened 2 mm centre pane and one interior 3 mm float sheet with Argon gas filling. At a weight of only 22.5 kg/m2, a Ug-value of 0.6 W/m2 and light transmission of 73% would be reached. Total energy transmission would amount to 61% and therefore be comparable to a double unit. Also sound insulation would be of equivalent quality because of the sheets’ different thicknesses.

Because of the membrane effect of the flexible, tempered thin glass in the unit, there is very low pressure inside which results in low tension. Even if the glass was exposed to high temperature changes, fluctuations in pressure would be compensated within the unit. Therefore it can almost be excluded that the glass brakes.

As thin glass shows a very specific elasticity, the load at the edge sealant of the unit is reduced even for wide spaces between the sheets. Also optical distortions were reduced substantially. The sheets are coated either on surfaces #2 and #5 or on surfaces #3 and #5. The only drawback left is that triple units are thicker. Thinner units showing equal Ug-values can be assembled using krypton. These are quite costly, though.

Thin glass is tempered in a LiSEC Flatbed tempering oven which ensures uniform microstructures with a very high density and tensile strength of the surfaces. The glass is handled without being touched using air cushions. Glass processed this way is extremely thin and flexible and shows only lowest optical distortions. Because of these properties, tempered thin glass is also of great interest for double units, such as laminated or casement windows.

High-quality Edge Enameling for Architectural Glass
New solutions for edge-enameling of sputter coatings. System TEA is a specific ceramic paint application, jointly developed with the enamel manufacturer Ferro, for the combination with Guardian sputter-coated architectural glass.
Structural Silicone Glazing: Life Expectancy of more than 50 Years?
The paper discusses some essential findings of two recent research studies on the durability and service life of structural silicone glazing sealants and structures.
Is it worth bringing in more digitalization in glass lamination?
As digitalization becomes a strategic discipline in almost all enterprises and industries, the glass processing business is no exception.
Post-lamination Response of Warm-bent Laminated Glass
Warm-bent laminated glass is obtained by elastically curving glass plies against a constraining negative mould and by performing, in this condition, the lamination process in autoclave.
Testing of Glass Laminates for Edge Stability
This paper will present exposure protocols including natural weathering, sealants, salt fog and immersion that are used to determine the edge stability characteristic of laminated glass configurations.
How you can recognize a high quality and safe glass laminate product
Safety standards are constantly rising in all possible areas in which glass is used or installed – which is the reason why lamination is also becoming increasingly important in the glass industry. 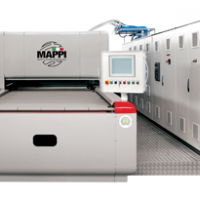 LiSEC will not attend glasstec this year

Trosifol will not join glasstec 2020