Structural Silicone Performance after 31 Years in Service in Japan 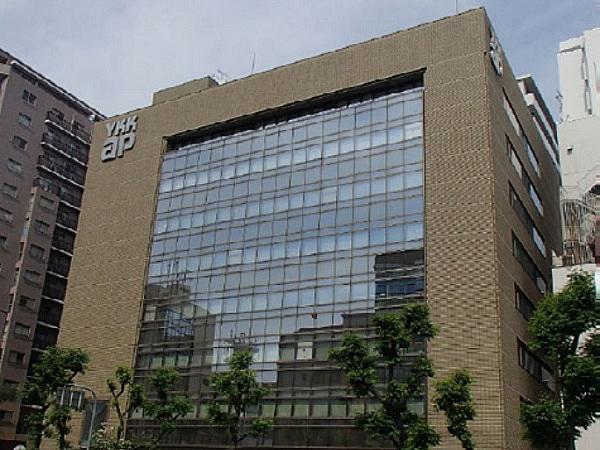 The structural sealant glazing (SSG) system was adopted in numerous skyscrapers glass facades since the mid 1980’s in Japan.

This paper was first presented at GPD 2019 by Fumihiko Chiba, Takashi Matsuo and Hideyuki Mori.

This building is currently in use and its facade is the first project using factory glazing SSG with a high modulus structural sealant in Japan. The structural performance of the SSG under long term ordinary office use and the actual climate condition is evaluated. As a result, performance deterioration due to aging of SSG was determined to be negligible. In addition, cyclic movement testing was added to test to the 31-year-old test specimens for additional accelerated durability testing. Results of testing of the aged specimens suggest that performance will remain robust for a significant time in future.

Today, many SSG facade buildings in Japan have been over 25 years after its completion, and some buildings are over 30 years. However, there are almost no evaluation structural performance of SSG sealant under long term ordinal use and the actual climate condition. Therefore, at present, it is very difficult to estimate that the SSG Facade buildings maintain their performance as SSG or are in a declining trend.

This paper shows that structural sealant performance after 31 years in service building. The evaluated test specimens were manufactured by removing and cutting the SSG unit from the actual building in use. The first part evaluates 31 years of SSG performance, and the last part further tests whether these SSG performance can be maintained for a long term in future.

Outline of inspection and sampling building

This building is currently in use and its facade is first project using factory glazing SSG with high modulus structural sealant in Japan [2].

This building had big earthquake twice, ”Hanshin-Awaji(Kobe) Earthquake in 1995 and other one in 2004.

Glass curtain wall of 2F to 7F are the back mullion type SSG units system, and of 8F is ribbon window type using SSG unit that is same unit of 2F to 7F.

The material specification of the SSG curtain wall unit show in Table.1

The detail of SSG unit vertical section show in Figure.2

The H-piece specimens had been outdoor exposure on the rooftop of this building from after completion. The tensile test was executed from 1st year to 5th year by using this H-piece specimen. And, the field adhesion test and the slice test were executed after the 1.5 year ( at 4th,6th,8th floor) and the 3 year (at 4th floor).

The surface crack, adhesion between the frame/ glass or the other failure of the material is confirmed by visual check and pushing of the spatula.

Use knife to cut horizontally across the joint. And, cut both side of the joint approximately 75 - 100mm. Then, pull tab until it breaks, and check the adhesion failure and measure the elongation. Additionally, the hardness of the rubber piece measured. The outline of test [3][4] is shown in Figure 3.

The slice test cut out the rubber pieces from the same unit with Field adhesion test. These rubber pieces were sliced to the sheet-like of about 2mm thickness. These sheets were stamped dumbbell type 3 that shown in Figure 4 according to JIS K 6251[5] and the tensile strength, the elongation, and the hardness are measured.

A SSG unit of the eighth floor was detached, and the window was divided into six by Water-Jet-Cutter. The 10 pieces specimen (R1 - R10) in the SSG sealant part and the 10 in the weather seal part (R11 - R20) cutout from the part ➅ of this unit in Figure 5 .

The specimen cut in the short dashes line part 6 in the unit section in Figure 6, and excised 20 pieces specimen under tests in total.

Result of inspection and examinations

1. Result of the non-destructive examination

This field inspection was performed for the SSG seal of all accessible 128 vision units. There were no cracks or discoloration or other failure on the surface of SSG. And there were no adhesion failure on the glass bonding and the frame bonding.

2. Result of the field adhesion test

The test results, as shown in Table 3, have rubber properties with sufficient strength and elongation as an SSG sealant. The result of compared with initial data which measured on 3rd Dec. 1985, the tensile strength is slightly increased and elongation is slightly decreased.

In this building, the performance tests of each item have been conducted for 5 years (or 3 years) from the time of completion. The deterioration situation and durability of the structural sealant are examined from the comparison results of each test with past data.

Slice piece tensile tests from cut rubber pieces were conducted at the initial, 1.5 years, and 3 years, and the change is shown in Figure 8.

The tensile strength (Tmax) and the rubber hardness tended to increase with age. On the other hand, the elongation (Emax) showed a downward trend. As shown in the test results, it was found that the change in rubber physical properties was on the extension of the approximate curve up to the third year.

2. Aging of unit tensile strength and elongation of structural sealant

The figure of the unit tensile test is compared with records of the rooftop exposure specimens from the time of completion to the fifth year. The cross section of exposure test specimen is a square of 12 mm × 12 mm, and the structural sealing portion of the unit is a rectangular cross section of 10 mm × 16 mm. The tension test result of the used weather seal part (10 mm x 12 mm) is also added. Weather sealant shape and weathering condition was closer to exposure one.

According to the results in Figure 9, the tensile strength Tmax remains almost constant, and in fact, the 31-year-old sampling results slightly exceed the approximate curve of the exposed specimen.

Consideration: Future durability of structural sealant after 31 years in service

The accelerated exposure test and the cyclic fatigue test perform to specimen of structural sealant after 31 years, and then conduct the tensile adhesion test. Test specimens are cut out from the same window unit of Unit Tensile Test. The result is in Table 5.

The accelerated exposure test was carried out by irradiating 3000hr ultraviolet rays through glass to bonding surface using the xenon weather o meter, and then carried out a tensile adhesion test.

The result is almost equal to the tensile test result of the 31-year-old sample, and the structural characteristics of the structural sealant are maintained shown in Figure 10.

The cyclic tensile and compressive deformation that are 10% of the joint width were applied to the test piece 100,000 times, and then carried out a tensile adhesion test. The cyclic loading caused a decrease in modulus. However, the strength of the structural seal is sufficiently maintained shown in Figure 11.

The structural silicone performance after 31 years in service has been evaluated. The factory glazing SSG with high modulus silicone sealant is keeping performance as structural seal and maintain its strength equal or higher than the initial one even after 31 years, and holds the glass safely. Furthermore, it has been examined that the SSG performance continues to maintain high performance even in a very severe test of adding accelerated deterioration and cyclic fatigue test on 31 years specimens. Results of testing of the aged specimens suggest that performance will remain robust for a significant time in future. Fire risk related to the use of PV systems in building facades
This paper focuses on the fire safety aspects related to the use of fire PV panels and systems in building facades.
Small Hard Body Impact on Annealed, Heat Strengthened and Fully Tempered Laminated Glass
A study was made of the impact resistance of annealed, heat-strengthened, and fully tempered laminated glass using test panels.
Design methods of blast resistant façades, windows, and doors in Germany: a review
Explosion events represent an extraordinary action for buildings and especially for the building envelope.
Carbon Neutral Silicones in Façades – a window of opportunity
Dow has a strong commitment to sustainability and recently introduced the first externally PAS2060-verified carbon neutral silicones for façades.
Material selection and testing of composite panels made of glass and fibre-reinforced plastic
The trend in modern architecture towards a steady optimisation of building envelopes is continuing. Beside its function as a design element, a façade also contributes to the building’s energy balance.
Seismic Behaviour of Bolted and Bonded Point Fixed Laminated Glass Panels
The present research study explores the seismic performance of single laminated glass panels with various point fixing solutions.

The Windoor-tech Fair 2023 is over