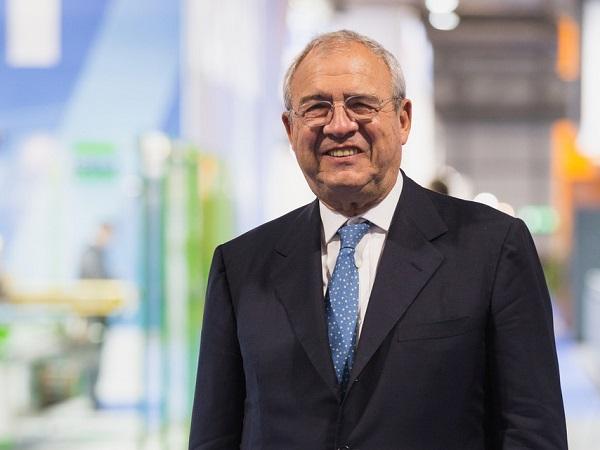 Data from the latest Industry Report were officially presented at the Association’s annual meeting.

At its June 27, 2019 meeting, Gimav – the Association that represents Italian manufacturers of glass processing machinery, systems, special products and accessories – reported 2018 FY data analyzed by its Study Center, which showed an overall 3.75% increase in sales compared to the previous fiscal year.

Breaking out the data for the two macro-specializations, there was a 2.08% increase in flat glass sales, confirming robust growth in the domestic market (+8.54%) and a 1.04% rise in exports. Hollow glass tallied a 5.57% upswing in overall sales, thanks to the driving influence of exports (+6.69%), which compensated for the slight drop in domestic sales (-0.6%), partly influenced by uncertainties about the continuation of the Industry 4.0 Plan.

International customers continued to prefer Italian-made products, which led to a 3.04% increase in exports in 2018, with a 1.04% growth figure for flat glass and an impressive +6.69% for hollow glass.

“Once again, the sizable share of exports confirms that the quality and reputation for excellence of Italian technological solutions are sought-after qualities valued around the world – stated Gimav President, Michele Gusti – The proof is in exports’ 78.13% share of the industry’s overall sales, which peaked at 85% in the hollow glass sector”

The European continent continued to be ranked as the number-one market for Italy’s production, claiming 45% of the sales. Of this share, 37.44% was exported to EU countries. The United States was the leading country-client for Italian-made industry products – with an 11% share of global sales – followed by Poland, Mexico, Germany and China.

Taking a detailed look at the data, the European continent was the most significant market for flat glass, with a more than 50% share of the total, though there was a decrease in exports to the non-EU markets. Again, geographically, the United States stands out as the top customer, with a 15.98% share, followed by Poland, Germany, Brazil and France.

For hollow glass as well, EU-Europe was still the main destination; there was also a significant increase in purchases from African countries.

Thanks to the incentives provided for by the Industry 4.0 Plan, sales in the domestic market grew by 8.49%. Flat glass experienced the biggest increase in growth, up 9.57%, while hollow glass held steady at +6.83%.

This edition of the Report again looked beyond 2018 to the Gimav Study Center analysis of manufacturers’ perspectives on performance in 2019. There were widespread expectations that the economic situation would improve, with 83% of the respondents projecting an increase in overall sales.

Specifically, more than 80% of the companies expressed optimism in the performance of exports; but, due to uncertainties about the Industry 4.0 Plan, only 50% had the same feeling about Italy’s domestic market.

“In light of these forecasts, it becomes even more clear just how strategically important a well-structured and long-standing Industry 4.0 Plan can be for Italian businesses. Process innovation requires lots of time and certainty if businesses are to plan for sustainable, effective investments. It is crucial that a strong message be sent regarding Industry 4.0 Plan’s long-term continuity that takes into account not only tangible and intangible goods, but also the ongoing training of human resources” – concluded Gusti.

Mappi and Tecnoglass: a story made of a shared passion for excellence
At the center of the Tecnoglass manufacturing process is the tempering furnace Mappi Ats 4.0 2500x5000
Webinar: Understanding Window, Door And Skylight Certification
The Understanding Window, Door & Skylight Certification webinar is designed to help architects and remodelers understand the benefits of window, door and skylight certification, and how certified products can enhance their projects.
Adelio Lattuada: Automation - Key Ally for the Recovery (CyberAL)
In this second NL the focus is on the CyberAL project
Anonymous Industry Donor Bolsters NGA Foundation
Additional funds donated to extend MyGlassClass.com courses at no cost to the industry.
VDMA - From start to finish - Virtual production processes are optimising the glass industry
Digitalisation in production is continuing unabated, with monitors, sensors, cameras and server farms becoming characteristics of modern production halls.
GIMAV states: no Exhibitions in 2020, but the 2021 calendar must be followed
GIMAV official statement gathers the Companies position: “participating in Exhibitions during 2020 is nonsense” and sends a message to the Organizers: “avoid an overcrowded calendar in 2021”.

The example of the glass tower