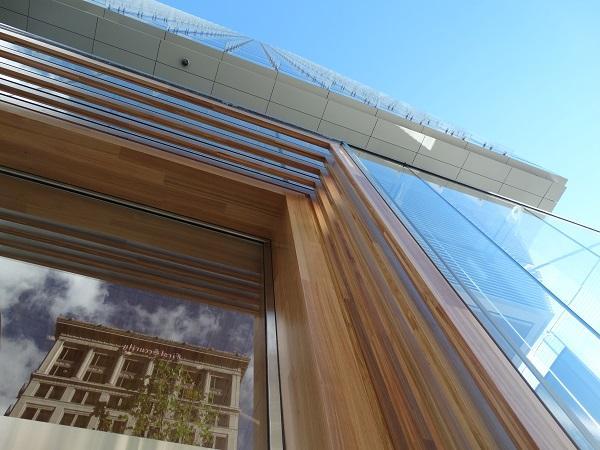 XXL glasses expand the scope for design in architecture: view and admire at glasstec 2018 in Düsseldorf from 23 to 26 October 2018

(Not) a question of size

Architecture began to be substantially impacted by the development and the opportunities of glass manufacturing at the time when glass production became affordable, i.e. with the advent of float glass processes, which made it possible to produce glass in larger sizes.

Over the last few years there has been quite an Olympic size contest among glass manufacturers. Lengths up to 18 metres are now feasible, and one company already has its sights very firmly on the 20-metre mark for 2018. Glasses in XXL sizes can still only be found in selected projects – and of course at glasstec 2018 in Düsseldorf.

For a long time, whenever the issue of transparency was discussed in architecture, expertise and technology in glazing were measured in terms of the most efficient U-value.

And it’s certainly true that, over a period of 50 years, it has been possible to move from single glazing through the first generation of insulation glass to today’s triple thermal insulation glazing.

This has reduced the Ug value from over 5.0 W/(m2K) to 0.7 W/(m2K), bringing it down to almost one tenth. However, the contest for the most efficient heat insulation in thermal glazing has more or less come to an end now.

Although further improvements are technically possible through quadruple or vacuum glazing, they involve so much more effort and costs, and they have so many other functional drawbacks that they cannot currently cover the full range of the market. They seem unlikely to gain much ground in the future or to be genuinely worthwhile.

Glass has increased in size

However, the heat insulation of glass is only one aspect among many that play a role in architecture. We only need to remind ourselves of fire and sound protection and shading – a feature which can now be handled by the actual glazing, thanks to electrochromic (switchable) glass.

It involves no mechanical components such as external Venetian blinds or external roller blinds, which are often susceptible to malfunctioning and can no longer withstand wind impact at high altitudes.

And where superlatives are concerned, glass sizes are currently a much discussed issue in the glass industry, moving away from the significance of glazing for architecture as a purely practical matter and focusing more on aspects of design and aesthetics.

We might even say that glazing has become a big issue again – gaining quite literally in size. With active support from planners – though also challenged by them – glass manufacturers are now engaged in a fierce contest that will decide who eventually succeeds in manufacturing, processing and finishing even bigger glasses.

The glass manufacturers that are currently setting the tone for what is feasible in the development of XXL glasses are Sedak, along with Thiele Glas, AGC Interpane, Saint-Gobain and others. Each of these companies is now able to produce 18 × 3.21 metre glasses, though Sedak is already envisaging 3.51 × 20 metres from the middle of 2018 onwards.

They will then be manufacturing and finishing “the biggest glasses in the world”. And as such over-sized glasses somehow need to be transported from A to B, Sedak – a glass finishing company founded in 2007 – has developed a special inloader for this purpose. It can put 16-metre glasses on the road and is probably the longest HGV semitrailer for glass, with a total length of 23 metres.

Structural stability and logistics – the challenges of XXL glasses

In reality, the manufacturing of XXL glasses is only one side of the coin. Finishing and logistics are equally important and therefore need to be resolved and mastered.

After all, XXL glasses go through just as many manufacturing stages – from the float glass bed to installation at the construction site – and just as many finishing stages as normal-sized glasses.

The dimensions of such glasses only differ with regard to thickness (6 to 20 mm), while the process as such is the same as for any other sizes. However, things get trickier when it comes to ensuring structural stability in a given building.

This is because mounting devices, load-bearing sections and surfaces must be able to bear the enormous weight of the glasses (between two and three tonnes, depending on size) and also cope with wind and perhaps snow.

And of course there is another issue that needs to be resolved: once a large glass has reached the construction site on a truck, it needs to be transported to its final destination without the risk of damage or indeed total destruction.

Depending on each customer’s preferences, the finishing of XXL glasses involve the same stages as any other glass: processing (i.e. cutting, drilling and edge treatment), pre-tensioning (partial toughening, safety tempering and heat soak testing), ceramic printing (web-feed and digital printing), coating and laminating.

Glasses up to a length of five metres can even be bent in a furnace. If glasses are very large, cold-bending methods are applied, with a limited minimum bending radius (1500 x glass thickness, for example, a 12-metre radius for 8-mm glass).

This shows that the parameters and therefore limits in using XXL glasses are set not only in production, but also by the further processing and finishing of such glasses. AGC Interpane and Sedak, for instance, are currently both in a position to make multi-pane thermal glasses up to 3.21 x 15 metres. Larger sizes can only be achieved for mono glasses.

Alongside finishing, logistics and installation, with XXL glasses, the focus is also on edge seals and sun protection. At least one edge is limited to a length of 3.2 metres, so that the deadweight for larger glasses increases disproportionately on the narrow side, due to the manufacturing process.

This is because the thermal bridge impact of the seal is reduced in relation to the surface area ratio. On the other hand, it is all the more important to have a reliable and efficient sun shield. Under conventional construction, e.g. with external blinds, this is virtually impossible with large glasses and particularly at high altitudes.

Another aspect is the aesthetic element: It is counter-productive to emphasise the transparency of a building through the use of oversized glass, if the windows are then hidden behind blinds. Although the heat input can be noticeably reduced through low emission coating, the glare from bright sunshine still remains unresolved if no shade is provided.

For XXL glasses it seems that switchable glazing – offered, for instance, by Saint Gobain under the brand name SageGlass – is virtually predestined as a smart solution to address all three issues: glare, aesthetics and wind load. The cost of energy (Sageglass: 2.4 W per square metre) is almost negligible, considering the money saved on the installation and maintenance of blinds.

The result is that you can always see out of the window, as the view through the glass is never obstructed in any way, even when the glass is dimmed. Switchable glass technology makes it possible to trigger the tint either actively or passively.

The most promising solution is currently the active electrochromic variety (e.g. EControl glass) with internal nanostructured coating. The glass turns blue when a low voltage is applied, creating the so-called “electrochromic effect”.

Impressive references as a testimony to expertise

For a glass manufacturer references are the best form of advertising. References not only show the outstanding architecture that can be achieved with XXL glasses, but also how much expertise is required in the implementation of such projects.

One example is the replacement of the 45-year-old glass façades of the UNCTAD building, the United Nations Conference on Trade and Development, in Geneva. They are 13 metres high and made from non-tempered glass, unusual for 1971. They were probably the largest glasses ever used up until then.

The 15-metre glass façade panes for the new Apple headquarters in Cupertino were another sensation. Such projects do of course arouse ambitions among architects and image-conscious companies, and we can safely assume that Sedak’s 20-metre achievement won’t mark the end of the development and manufacturing of XXL glasses.

Experience multifunctional XXL glass formats for yourself at glasstec 2018

The performance of glass manufacturers and finishers is measured against the challenges of modern glazing posed by principles of aesthetics, design, energy efficiency, functionality, comfort and construction.

There are now specially cut, curved and bent glasses, glasses with striking printing, glasses that can be dimmed as little or as much as required, and indeed glasses of hitherto unparalleled dimensions.

This illustrates the enormous diversity of today’s glass processing. As a result, glass has gained a prominent position as a building material in architecture. glasstec 2018 represents today’s know-how of the glass industry and showcases its visions for tomorrow and beyond.

Design of a Curved Duplex Façade for a 67 m High Residential Tower at the Belgian Coast
The main challenge in the design of the duplex façade was the high aesthetical performance that the façade had to meet.
Investigations on the Cold Bending Behaviour of a Double Glazing Unit with a Rigid Edge-Spacer Frame
In this study, the bending process of specially-fabricated double glazing units (‘panels’) is investigated with a focus on a local instability phenomenon.
Coatings Sensitivity to the Quench Marks
In this paper, we present the development of an intrinsic parameter σQM characterizing the sensitivity of a coating (or configuration) to the quench marks.
Extreme Cold-Bending: Geometric Considerations and Shape Prediction with Machine Learning
This paper presents work undergone for a set of four high-rise towers, featuring 11,136 unique cold-bentpanels, hundreds of which are pushed beyond 250mm.
Design and Durability of Cold-Bent Insulating Glass Units
The paper presents the results of FEM analysis as well as tests performed on double glazed units including Sikasil® IG-25 secondary sealing joints and SikaGlaze® IG-5 PIB as primary seal.
Slim Skins: Towards a New Glazed Façade System
This paper sheds some light on the challenges to build with high performing glazing façade systems (originally called curtain wall systems) while efficiently utilising resources and reducing its manufacturing embodied carbon.