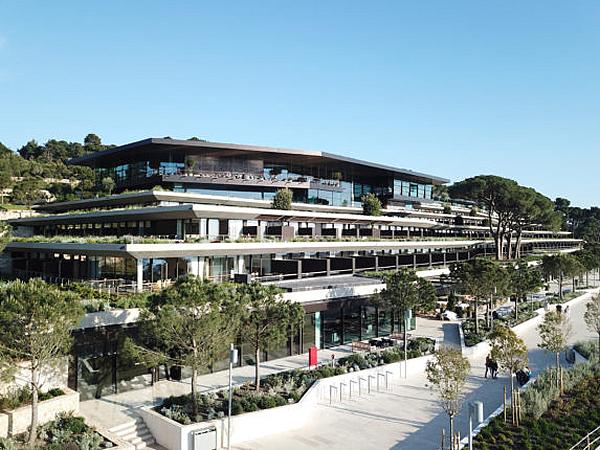 The view over the picturesque historic town center of the Croatian seaport of Rovinj, with the Mediterranean and St Catherine’s Island in the foreground, was the central focus for the architects from 3LHD when planning the new “Grand Park Hotel Rovinj”.

Therefore, the north-west side of the central ballroom opens out with a 3.2 x 15 meter insulation glass window from sedak (Gersthofen) and provides a breathtaking view of this idyllic Adriatic scene. Because the five-star hotel’s new building nestles against the natural hillside of the harbor bay in an understated series of terraces, a fascinating interrelationship is created between the historic town and the modern hotel.

“For us, the reflective nature of glass is a very important characteristic of this architectural element that is often underestimated”, explain the architects. And thus a dialogue unfolds in the reflection of the town’s scenery, which looks back on almost 2000 years of history.

For the architects it was immediately clear that the exceptional panorama would play a decisive role in the design, so all the rooms were planned with unobstructed views of the bay and the town. For the large ballroom – at the heart of the hotel – they had something special in mind: “We asked sedak what the maximum possibility would be in this case. We planned the ballroom using this information – both its appearance and its position”, report the architects.

To facilitate an uninterrupted view and to provide the scenery with a suitable frame, the room was skewed in relation to the rest of the building. “Such large glazing causes the boundary between interior and exterior to completely disappear. This allows us to create breathtaking, almost unreal effects”, say the architects, emphasizing that the result justifies the effort.

In order to achieve the desired effects, the glass needs to fulfill the highest quality requirements. The 3.2 x 15 meter insulation glass was manufactured fully automatically at the sedak production facility. The five-ton glass pane arrived in Rovinj well-packed.

There, it was lifted over the hotel to its intended location by a crane with a 50-meter boom. With the help of guide rails, the flawless glass pane was inserted into its laboriously planned mounting, which in addition to the glass supports a balcony, which overhangs the glass by five meters, enveloping the window in shade.

This increases its transparency. At the same time, right in front of the ballroom is a large area of water, which reflects the historic town centre, also when viewed from indoors, and passes on this reflection to the observer. The many-faceted influences on the transparent building component make the artificial object in dialogue with its surroundings an intermediary that not only has a fascinating story to tell but is also magnificent in itself.

AGI Case Study: Ford Foundation Historic Renovation
Meticulous detail and new glazing for a landmark building.
One Manhattan West is established as Tvitec’s tallest skyscraper in New York
One Manhattan West is the latest Tvitec’s milestone in New York. With 994 feet (303 meters), it was the tallest building that the company glazed in the USA in 2019.
Promoting and protecting the glass and glazing industry
From educating architects, to engaging code officials, to influencing legislation, efforts to promote and protect the glass and glazing industry dominated the conversation at the National Glass Association 2020 Annual Conference in La Jolla, California.
Tianjin Finance Centre – world’s 7th tallest skyscraper shines with Glaston’s technology
Chicago-based architecture firm Skidmore, Owings & Merrill LLP (SOM) has recently completed a 530-meter glass skyscraper in Tianjin, making it the tallest building in northern China and the seventh tallest in the world.
Guardian Glass Project: Florentinum Complex
With energy-saving Guardian SunGuard® SuperNeutral® 40/23, the Florentinum has earned the U.S. Green Building Council’s LEED Platinum Award, the highest possible green building certification.
Another Successful Year For The HEGLA Group
The HEGLA group has seen many developments launched throughout 2019 with a drive to improve customer efficiency being the main focus. 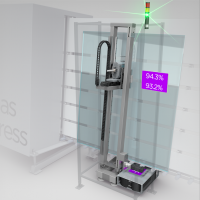 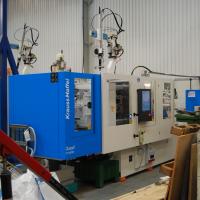