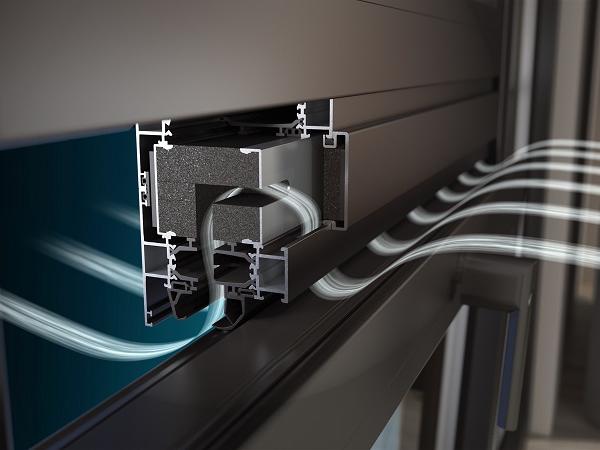 What makes it special you may ask?

Its constant thrive to be innovative and create modern solutions to the fast forward moving technological lifestyle.

At Windows, Doors & Facades Event, HUECK presents itself as a company that is even more open, modern and communicative. As we are participating in the Windows, Doors & Façades Event and we are occupying the Stand A201 Sheikh Rashid Hall, Dubai World Trade Center.

Hueck’s completely redesigned trade fair stand sets out the Dubai based aluminium system manufacturer’s new self-image. With no VIP lounge or closed-off meeting rooms, the HUECK stand is an open space for communication platform for customers and interested parties.

The oversized screen provided at Hueck Stand is to demonstrate and reflect the company’s products, values, and goals.

The presentation across the four themed islands reflects a concentration on HUECK’s core competences: the successful Lambda WS/DS modular door and window system, the Trigon façade system, the Lava fire-protection series, and the Volato sliding series. The key advantage of these modular systems is not simply their overarching component-sharing concept, but rather their compatibility with one another. As a result, the wide-ranging requirements of planners and architects can, for the most part, be met using standard systems.

With this in mind, the successful HUECK Lambda WS/DS 075 window and door system has been further developed through a series of system optimisations to not only keep up with the market’s demand, but also predict future technologies.

One highlight is the sought-after HUECK Lambda WS/DS 075 VS ventilation flap, which was originally developed as a project-specific solution and is now available as a standard system. For a sash height of up to three metres and with an elevation width of just 182 millimetres, this construction offers broad creative scope.

The HUECK GEN 4.0 fitting has also received numerous system expansions and optimisations. Among other things, it is now possible to meet RC3 requirements both for real French windows and for windows with bolt-on dummy mullions thanks to a new safety lock in the mullion area.

The innovative Lambda Silent Air sound-absorbing window – will be presented. This patented window not only offers outstanding soundproofing characteristics when closed but can also reduce the sound pressure level by up to 31 decibels even in the ventilation position.

Lambda Silent Air is already in use in large urban developments such as the Pergolenviertel in Hamburg, the Hafenpark-Quartier in Frankfurt, and the Rheintower in Düsseldorf, in this regard we want also to introduced in the Middle East Region. HUECK presents both the standard solution and system variants for construction projects with even higher soundproofing requirements.

In addition to the elegant Volato SLS 075 sliding series, which was introduced recently, Windows, Doors & Facades Event is an opportunity for HUECK to present the Volato SLS 075 CS sliding series, a construction with a circumferential sash. In its CS version, Volato achieves even greater efficiency of processing and assembly.

Although the new sliding construction is slightly lighter than its sister series, Volato SLS 075 CS can be used to implement sashes with a height of up to two metres and a width of up to 2.50 metres. Among other things, the new series meets the growing demand for sliding systems in international markets.

In addition, HUECK presents a natural heat and smoke exhaust ventilator (NHSEV) in the form of side-, bottom-, and top-hung windows. Based on the Lambda WS 075 and 090 window series, this NHSEV system solution was developed in cooperation with the drive manufacturer Aumüller Aumatic GmbH. 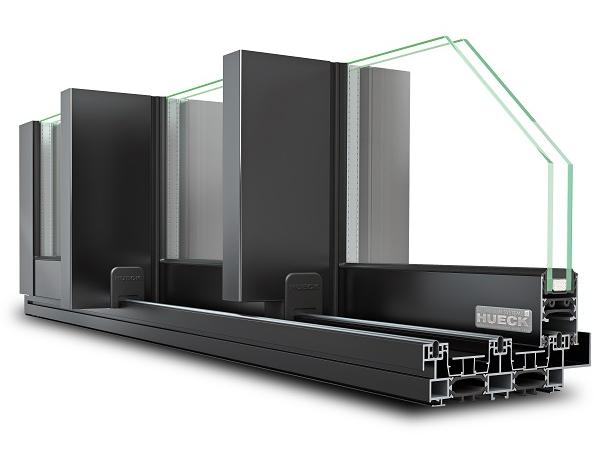 2nd Annual meeting for National Associations
The second Glass for Europe annual meeting for glass and glazing national associations took place on 29 November.
Thirsty Thursday Webinar: Advancements in Glazing Technology
The webinar is accredited for 1.0 AIA LU|HSW and is free to attend.
Forel at GlassBuild America 2022 - Video
Forel showcased its latest innovations for insulating glass manufacturing at GlassBuild America 2022.
Saved by the Cloud at Burris Windows | FeneTech
FeneTech Becomes Part of the Recovery Process
Seminole Hard Rock Hotel & Casino made with SentryGlas®
Stunning six-string edifice strikes a chord on Hollywood, Florida skyline thanks to SentryGlas® – both inside and out.
LiteSentry-SoftSolution at Glasstech Mexico
LiteSentry-SoftSolution are excited to be showcasing at Glasstech Mexico November 30th-December 2nd!