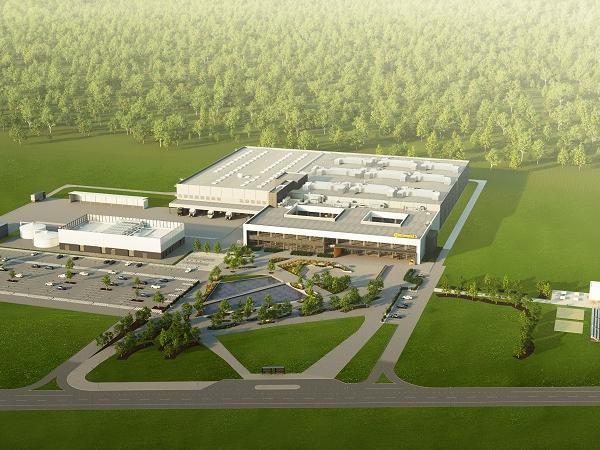 Automotive supplier Continental AG announced on Friday the groundbreaking of their new factory in Kaunas, Lithuania.

This factory will start producing electronic components for the European market in the second half of 2019, including units for Continental’s Intelligent Glass Control system used to control Research Frontiers’ SPD-SmartGlass.

Continental indicated that its Intelligent Glass Control system used to control SPD-SmartGlass increases passenger comfort and lowers CO2 emissions by keeping the interior of the vehicle cooler. As a result, smaller, more efficient and lighter air conditioning units could be used.

Calculations showed a reduction in CO2 emissions of four grams per kilometer. Current regulations coming into effect in Europe regarding C02 emissions penalize auto makers for not meeting CO2/km emissions targets, and a four gram/km CO2 reduction would result in avoiding €380 ($446) per car in penalties.

Continental also estimates that their Intelligent Glass Control system can increase the driving range of electric vehicles by 5.5%. When compared to conventional automotive glass, Mercedes-Benz reported that the use of SPD-SmartGlass significantly reduces the temperature inside the vehicle by up to 18ºF/10ºC.

Continental also highlighted the safety benefits of its Intelligent Glass Control system in typical driving situations such as when the sun is low on the horizon. Normally the driver has to remove their hand from the steering wheel in order to manually lower the sun visor, resulting in both impaired visibility and a brief decrease in control of the vehicle. Continental’s Intelligent Glass Control system can detect this and instantly darken the tint of the glass in the car automatically.

Continental’s Intelligent Glass Control system also enhances security and privacy. For example, when the vehicle is parked, the windows darken automatically so the inside of the vehicle cannot be seen from the outside. This also protects the interior of vehicles and their occupants from heat, light and harmful UV radiation.

These benefits are demonstrated by this video produced by Contintental showing their Intelligent Glass Control System being used to control the SPD-SmartGlass in every window, a multi-segmented sunroof, and a sunvisor embedded in the windshield of a car.

The new state of the art factory will initially cover 22 thousand square meters, with room for expansion, and is expected to employ over 1,000 people. The energy efficiency of the new factory site has been verified by the internationally recognized LEED Gold certification for sustainability. Continental indicated that it will be investing €95 million ($111 million) over the next five years.

Diamon-Fusion® Protective Coating Glass Benefits
Protect your glass with Diamon-Fusion® coating which is eco-friendly, UV-resistant, and comes with a residential lifetime warranty ensuring the surfaces are protected for years to come.
Early Bird Registration is Still Open for the Facade Tectonics 2022 World Congress!
Register today with our Early Bird pricing to claim your spot amongst the industry’s most influential leaders and academics.
NGA Promotes Weather Safety Awareness
Get NGA downloadable resourses to support the use of glass and glazing materials in buildings.
Turnkey solution for your automotive prooduction | Tecglass
On January 31st, 2022 Fenzi Group has completed the acquisition from Johnson Matthey of the Advanced Glass Technologies (“AGT”) business, which combined with the TECGLASS technology, will further innovate the automotive glass market solutions.
SOLARBAN® 67 SOLEXIA® Glass at the University of California Project
SOLARBAN® 67 SOLEXIA® Glass Maximizes Daylight for a Southern California Higher Education Mixed Use Facility
Final Schedule, Speakers Announced for 2022 FGIA Virtual Summer Conference
The final schedule has been released for the 2022 Fenestration and Glazing Industry Alliance (FGIA) Virtual Summer Conference, to be held June 6-9.