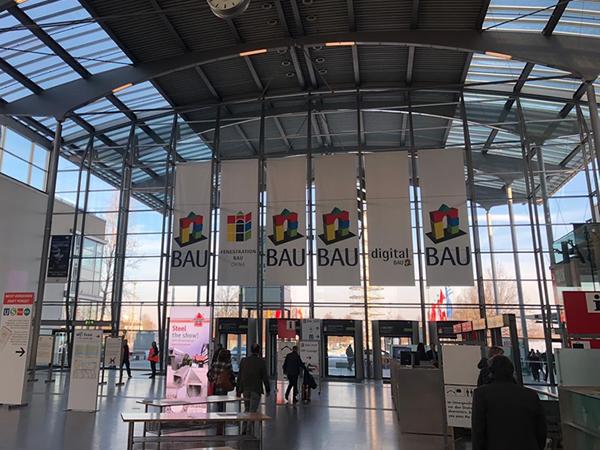 BAU is becoming ever more attractive to international companies. The applications received so far for BAU 2021 indicate the proportion of exhibitors from outside Germany will be as high as 40 percent—for the first time in the 55-year history of BAU.

The exact figures won´t be clear until early summer after the first round of placements when the companies have responded to their placement proposals from the exhibition management. “Currently we are even a good way over 40 percent, but experience has shown that the curve flattens out the closer it comes to the start of the fair,” explains Markus Sporer, Deputy Exhibition Director.

In theory companies interested in exhibiting at BAU 2021 can apply right up until shortly before the start of the show. But because there is already high demand for space, almost all of the 200,000 square meters of space in the 19 exhibition halls has been accounted for.

Demand is particularly strong at the moment from those countries which in recent years were always among the Top 10: Italy, Austria, Poland, Turkey, Spain, Switzerland, Belgium, Netherlands and the Czech Republic. Overseas interest is also high, with demand growing strongly in particular from China and the US.

What is particularly noticeable is that the strong increase in the number of exhibitors and visitors from outside Germany coincides with a significant expansion in the fair´s offering to planners and architects. Forums C2 and C4, the guided tours for architects and also the many architectural prizes such as the Bauwelt Award and the DETAIL Award—all of this was developed over the last 10 to 15 years.

And at the same time as the fair built its reputation as an “architects´ trade fair”, we noted increased demand from companies abroad in particular. With the increasing international spread among the exhibitors and an expanded offering on the architecture side, BAU also became more attractive for international visitors, too. Many of these visitors—spanning around 45 different countries of origin—come from planning and architectural offices, and a good 17,000 of them are from outside Europe.

Despite the comprehensive offering for architects, BAU will in future sharpen its profile as an integrated platform for all those involved in the field of planning and construction, explained Exhibition Director Mirko Arend: “The BAU brand draws its relevance above all from the fact that it appeals to everyone: planners and architects as well as engineers, specialist suppliers, building firms, project developers and not least the building trades from which the majority of the visitors still come. For this reason we will in future be paying particular attention to all those involved in construction.”

Applications to exhibit at BAU 2021 can still be submitted via the website (www.bau-muenchen.com). Even late-comers can be lucky. Because with cancellations and placement changes, opportunities do crop up for new applicants to be offered space—“as long as they are flexible as regards size of booth, can accept smaller presentation spaces, and the company fits in with the exhibition profile of the hall in question,” explains Markus Sporer.

A complete success for the virtual LiSEC Campus