Thinking arson in the workplace | Wrightstyle 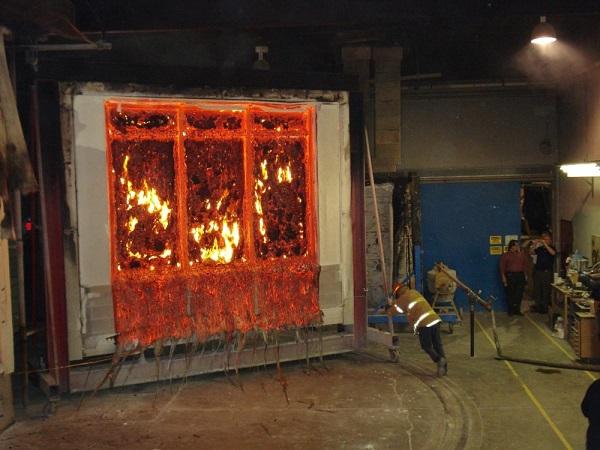 Jane Embury is marketing director at Wrightstyle, the advanced glazing systems supplier. She points out the USA has a National Arson Awareness Week, this year in May, and suggests that we should follow suit.

It’s a crime that we tend not to think about because, we assume, it’s relatively rare and could never happen to us.

However, The Arson Prevention Forum estimates that the annual cost of arson in England alone could be as high as £1.45 billion.

Nor is arson as rare as we’d like to think. The latest fire statistics suggest that 47% of all fires attended by fire and rescue services in England were classed as deliberate.

Depressingly, the long-term trend which saw deliberate fires reducing has been on an upward curve in both 2015/16 and 2016/17.

The headline fact is that the total number of deliberate fires increased by 17% last year, the highest number in the past five years.

But the cost can be much higher.  In February this year, fire caused significant damage to Nottingham railway station. It took ten fire crews to bring under control, closed the station, and a 33-year-old woman was arrested on suspicion of arson.

Grenfell Tower has had an impact. For example, as a result of some local risk assessments conducted following the disaster, some additional car parking and refuse storage restrictions have been introduced.

The fact is that arson is a crime that every business should guard against because the average arsonist, leaving aside insurance fraud, is someone looking for a thrill – or out for revenge. The main age for offending is mid-teens, and they’re mostly opportunists.

Cutting off those opportunities is therefore a good strategy, and starts with a fire safety risk assessment looking at every aspect of the business, not least how materials are stored and what fire precautions are in place.

It means securing the perimeter of the building, with entry restricted, and all outbuildings secured when not in use.  Combustible materials should not be left piled up, and never left near to windows or doors.

Apart from those sensible precautions, companies should include arson prevention in regular basic staff training. An organisation’s attitude towards fire safety issues greatly influences the attitude of its staff.

The Arson Prevention Forum emphasises that many companies targeted by arson attack go out of business – so having a plan of action and a business continuity plan should be front of mind for every business owner.

The fact is that some 80% of firms without a business continuity plan will be bankrupt within five years of surviving a major disaster. That plan should be contain every piece of information needed to allow a company to resume trading as quickly as possible.

But if a fire breaks out, it doesn’t immediately matter if it was started deliberately or not. The important thing is to get everybody in that building to safety. The fire risk assessment should, of course, have addressed each issue in the evacuation process.

For example, occupants in a building should generally be able to escape away from the fire. That means having escape routes protected by fire-resistant materials or self-closing fire doors.  It also means recognising that fire travels upwards, so that stairways must also be protected.

It also means having exit doors that open outwards to make escape easier and, if there are large numbers of people, minimising the crush risk. (Exterior fire doors should also be checked to ensure that obstructions, such as bulk deliveries, aren’t cluttering them up).

Where possible, it means making escape routes as short as possible, with clear signage, and building in planned (and rehearsed) contingencies for evacuating the elderly or infirm. It also means planning for electricity failure and how to evacuate people in darkness.

At Wrightstyle, our business is about managing fire risk. Our systems stop fire, smoke and toxic gases from spreading for up to 120 minutes – minimising fire damage and allowing occupants to escape.

In a real fire situation, the glass will only be as protective as its frame, and vice versa. Specify each component separately, and you run the risk of one failing – and therefore the whole fire protective barrier failing.

Arson isn’t an issue that we like to think about, but it’s a surprisingly common crime that can, and does, devastate lives and livelihoods.

The USA has a National Arson Awareness Week, this year in May. Perhaps it’s time that we followed suit.

The image is of one of Wrightstyle’s systems being tested in the USA.