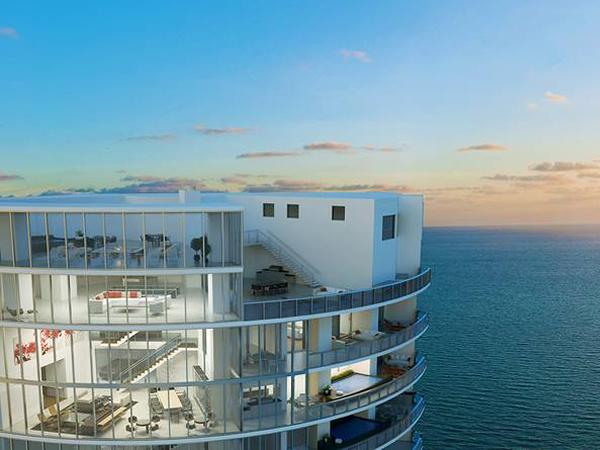 With legislation getting tougher and the use of larger glazing areas steadily growing, SentryGlas® is rapidly becoming the number one choice for these types of developments.

The tower – the first of its kind anywhere – comes equipped with a speedy 600 ft. (183 m) per minute elevator for the residence owner’s cars – allowing owners to park their vehicles right next to their apartments, no matter what floor, in their own sky garage.

The developers and the architects had to balance luxurious, beachside living and the incredible unobstructed views over the Atlantic Ocean with the functional demands of a building of this type and structure.

David Rinehart, the North America Protective Glazing Marketing Manager of Trosifol®, notes: “After Hurricane Andrew occurred in 1992, the design requirements of architectural glazing intended for use in South Florida had to change to meet new impact and cycling performance requirements that were intended to ensure better structure survivability due to resistance to wind-borne debris and the potential damage caused by hurricane-force wind and rain. Laminated glass provided the post-glass breakage integrity for fenestration systems such as windows, doors, storefront, curtain wall, and skylight systems installed in residential and commercial buildings.”

For this demanding application, the 25,000m2 (269,100 ft2) of glazing deployed on the external surfaces of the tower takes advantage of the advanced functional characteristics of SentryGlas® ionoplast interlayers from Trosifol®.

As well as using it on the external balcony railings – in line with expanding local legislation – we also had to take into account the sea turtle lighting ordinances. For this reason the glazing can only allow 45% or less light transmittance.

“SentryGlas® is used for a number of reasons,” he continues. “Firstly it meets the demanding legislation in this state and the panel formulations we used are already certified. Secondly, we are seeing more and more use of larger glazed areas in buildings in Florida, due to their beachfront locations. The relatively lower of thickness of SentryGlas®-equipped glazing panels coupled to its increased performance verses other interlayers make it eminently more suitable. From a laminators perspective we are able to offer longer warranties too, not only because of its superior impact and strength characteristics, but also due to its better edge and delamination performance.”

The façade engineer, designer, manufacturer, fabricator and installation contractor, agrees with Kaiser on the reasons for deploying SentryGlas®.

“A lot of companies in South Florida use PVB for the small-missile protected areas, but in partnership with Cardinal we are promoting the use of SentryGlas® in South Florida. This is not only for its superior longevity and delamination performance, especially where there are exposed edges, but also on the back of its better testing results. It can resist higher design pressures too, but using thinner panel constructions. This is the nature of the beast in our industry; many jobs in South Florida are seeing delamination issues due to exposed edges, so SentryGlas® is becoming the obvious choice.”

The façade contractor also points out the additional benefits from an installer’s perspective.

“The choice of interlayer has a huge effect the installation process, especially when glass replacement is required. In any job you are going to have breakages, it is inevitable, especially when you consider the fact that we regularly work on projects with more than 10,000 individual glazed units. If a panel breaks, it can be incredibly dangerous and very scary – especially if you are 50 storeys up. Panels using SentryGlas® stay rigid, making the whole removal process not only easier, but much safer. Other laminates don’t fare so well and can actually al- low the glass to fold over, which is not ideal for all sorts of obvious reasons.”

The architect adds: “Down here we have hurricanes so everything is laminated, even our railings. We are also seeing greater use of laminates for interior walls, such as mezzanine windows, where we are designing structures that borrow light from one space and share it with another. Laminates give us more interesting design avenues too, compared to regular glass. We can then couple this added creativity with the confidence that the glazing we use is tested and approved by the testing labs in Dade County.”

The Porsche Design Tower is a staggering example of functional capabilities being balanced highly effectively with a building’s aspect and its aesthetic appearance.

With legislation getting tougher and the use of larger glazing areas steadily growing, SentryGlas®, as part of the Trosifol® Structural offering, is rapidly becoming the number one choice for these types of developments.

Eastman Onboard for Glasstec June, 2021
Eastman is looking forward to Glasstec in June 2021
SentryGlas® from Trosifol delivers structural capabilities and unhindered views in Thailand’s tallest building
The 314 m (1,030 ft) tall 78-floor King Power MahaNakhon, located in the center of Bangkok’s central business district, strikes an impressive pose on the skyline as Thailand’s tallest building.
A Talk with Roman Schieber, associate director ppa., Knippers Helbig Advanced Engineering
Roman Schieber will walk us through the amazing project of the Academy of Motion Pictures in Los Angeles.
Trosifol will not join glasstec 2020
Trosifol / Kuraray cancels participation in Düsseldorf because of corona pandemic.
cube berlin: Double skin façade that meets complex aesthetic and technical performance requirements
cube berlin is an eye-catching, 11-storey office building located at Washington Platz in the Europacity urban district of Berlin.
Trosifol® PVB and SentryGlas® ionoplast interlayer meet EN 16612 und EN 16613
In 2019, the two European codes EN 16612 and EN 16613 were introduced for the calculation of the strength of glass and laminated glass. 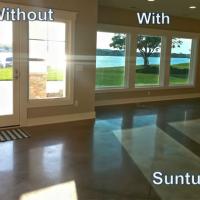