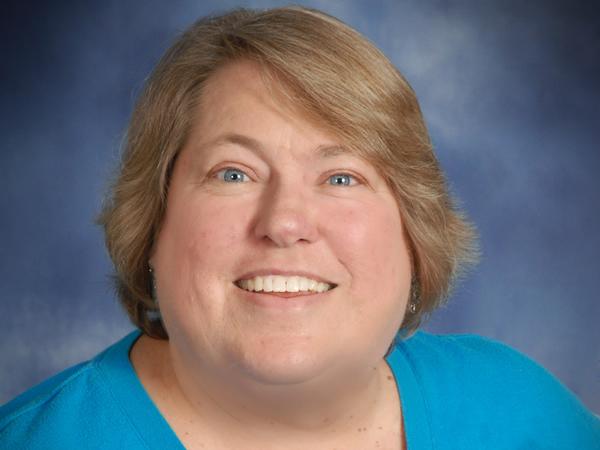 This past spring, the ICC Board of Directors requested nominations for 2017 Honorary Members. An Honorary Member is considered to be a person who has been of outstanding service to the ICC. On behalf of AAMA, Diana Hanson, AAMA codes and regulatory affairs manager, submitted a nomination form for Ruth. A second nomination for Ruth was submitted by a member of the ICC Board of Directors.

"Julie is well known among ICC staff as a strong supporter of safety and energy conservation in the built environment," wrote Hanson. "Julie's history includes education and training efforts and many articles in trade publications discussing the I-codes."

"I am humbled to have received this distinction from the ICC," said Ruth. "It means a great deal to me because it is one of the few recognitions members of industry are eligible for, within the ICC. The recognition really goes beyond my own participation. It also goes to the commitment AAMA made to the success of the ICC when it was in its infancy, and as it has grown over the last 17 years. I deeply appreciate the opportunity to participate in the ICC, which both they and AAMA have given me."

Ruth has over 30 years of experience in the development and application of building codes (ICC International Codes and legacy codes predating the I-codes). Between 1988 and 1997, Ruth worked for Building Officials and Code Administrators Evaluation Services (BOCA ES). She has represented the fenestration industry in building code development at the Window and Door Manufacturers Association (1997-2000), and then at AAMA (2001-present).

Ruth will be retiring at the end of 2017. Hanson noted that she wished to nominate Ruth in appreciation of her many years of service to the ICC, the code community and AAMA.

AAMA is the source of performance standards, product certification, and educational programs for the fenestration industry.SM

Register Now for The 2022 BEC Conference
Registration for the Building Envelope Contractors (BEC) Conference is now open! 24 years of tradition begins again this March.
Vitro Architectural Glass reinforces commitment to sustainability
Vitro Architectural Glass partners with various organizations and industry initiatives to reinforce its commitment to the environment.
Soft Tech and FeneTech join forces in serving the market
Soft Tech and FeneTech will be included in a Window & Door Vertical group, following Compusoft Group's merger with 2020 Technologies.
Glass Futures’ latest opportunity to showcase your newest technologies, R&D and training
Glass Futures would like you to be part of a great opportunity in supporting the industry in the form of an IS machine/ancillaries to showcase at our brand new facility.
NGA President Joins Council of Manufacturing Associations (CMA) Board
Nicole Harris to represent trade associations within the National Association of Manufacturers (NAM)
Eastman seeks nominations for 2022 Vanceva® World of Color Awards™
Global architectural design competition opens Jan. 18.