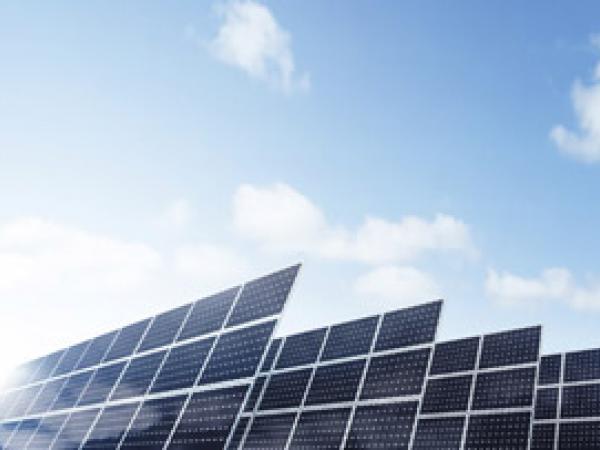 Was Fukushima like Chernobyl? There are those who say yes, and those who lean toward no. That is, from a purely technical point of view. But, in the eyes of the media, or of people’s awareness in general, the difference is huge.

In particular, because the Japan of 2011, unlike the Russia of 1986, was and is considered one of the most advanced and trustworthy countries, and also one of the most judicious in the use of nuclear energy, if, for no other reason than the fact that it was the very first to be the victim of it.

So, if Japan decides to abandon nuclear technology as a source of energy, after Germany, Italy (and, it seems they’ll be joined by France, too), there’s good reason to believe that a general rethinking in favor of sustainable and ecocompatible resources is underway. In other words, from the much heralded “nuclear renaissance”, there’s a decided drift toward today’s green revolution.

Huge tragedies and sudden changes in sensitivity are like strong winds in the sails of the so-called Green Economy. The Desertec Project is one shining example – stand outs among the primary technologies used to produce clean energy are photovoltaic cells and concentrating solar power. (Source: www.desertec.org)

In fact, until a few months ago, nuclear energy’s share of the total global offering was limited to 16%, without any forecasts for significant increases in the near future. For the most part, the bulk of investment funds were earmarked for replacing old systems dating back, in the majority of cases, to the ‘60s and ‘70s.

Nowadays, instead, it is the oil companies themselves that are predicting a boom in renewable resources in the coming years. In Spain they already supply 40% of the electricity, in Denmark, it’s more than 28%, even Italy is already above 23%, and, according to Giuseppe Onufrio, Director of Greenpeace, it’s possible that within the next 20 years, Europe might reach the 68% mark.

But even institutes with less of a ‘vested’ interest, like McKinsey, one of the leading global management consulting companies, maintain that the use of energy produced almost entirely from renewable resources, without having to compromise the general standard of living, is a perfectly attainable objective. In fact, they expand it to other global population groups which are currently excluded from this paradigm shift in the way energy is produced. The only problem is that this ambitious goal is set for 2050.

In the meantime, the studies and experiments are all concentrated on speeding up technological progress in areas that work in favor of alternative energies, like the adoption of organic coatings for photovoltaic panels, or flat mirrors rather than parabolic ones for concentrating solar power systems.

Along with wind power, these are the three most well-established technologies currently available, but the problem of cost, and internationally-agreed-upon implementation and incentive policies (indispensable for the success of existing projects) will be increasingly crucial. Because, clearly, the transition from the old to the new will be gradual and programmed.

In fact, sustainable resources are expected to work alongside the traditional ones in producing energy, and then replace them, if everything goes according to plan, only in the long and extra-long term. The Desertec project, which proposes to generate electricity in North African and Middle Eastern desert regions, is moving in this direction.

It calls for wind power technology and CSP (concentrating solar power) to be used to generate energy in North Africa and the Middle East, for transmission to African and European countries via a grid of high voltage direct current cables. These countries will, in turn, also produce a clean energy mix using geothermal and biomass systems, in addition to the already mentioned PVC, wind, and traditional hydroelectric power generating systems.

Speaking of solar power, the second edition of the Solar Symposium, organized in conjunction with GANA and ASTM International in Baltimore, USA at the end of June, cited this as the leading sector for growth in employment in North America. It’s creating more jobs per megawatt than any other energy source. From 2010 to 2011, jobs related to the solar energy industry grew by 26%.

However, growth in global demand for solar energy in the 5-year period from 2009-2013 is expected to be 191%, with spikes reaching 500% in North America. Such lofty growth potential naturally calls for the availability of suitable and increasingly state-of the art products and technologies.

The glass industry is directly involved in this, as Dino Fenzi, Honorary President of Gimav and President of Vitrum, indicated in a speech at the Baltimore conference, offering the example coatings used on the CSP (Concentrating Solar Power) mirrors, of which his company is among the leading manufacturers in the world, and an active participant in the finalization of the international standards regarding them:

“Installed in the desert, the concentrating solar power mirrors are exposed for decades to particularly aggressive atmospheric agents. Consequently, it is absolutely essential to ensure the highest levels of durability, and at the same time allow qualitative characteristics that are superior to those that are already considered to be exceptionally high.  In fact, this is the only way it will be possible to take advantage of this extraordinary business opportunity and optimize the investments that have already been made.” Latest on Glastory: How to reduce energy consumption in glass lamination
Gain multiple benefits with upgrades to the glass laminating furnace
3 ways to reduce energy consumption in glass tempering
Read the latest Glastory blog by Taneli Ylinen.
Energy and Daylighting Evaluation of Integrated STPV Windows with Internal Light Shelves in Open-Office Buildings
Abatement of the high building energy is possible by employing semitransparent photovoltaic window which has triple point advantages as they control the admitted solar gain and daylight and generates benign electricity.
MICA (Monitoring Internal Comfort Application)
A new BIM tool processing IEQ data input for building management and energetic optimizations
Experimental and numerical characterization of twisting response of thin glass
The use of new generation thin, lightweight and damage-resistant glass, originally conceived for electronic displays, is moving its first steps in the built environment, in particular for adaptive and movable skins and façades.
The Glazing for the Stairs in the Refurbished Margherita Theatre in Livorno
The paper illustrates the design project of the main laminated glass balustrade of a steel staircase installed in the historical Margherita Theatre in Livorno, Italy. 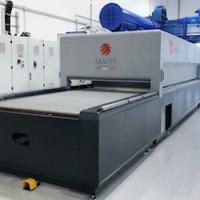 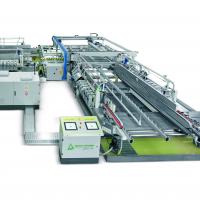 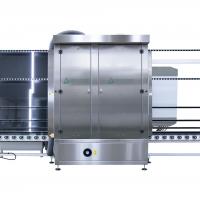