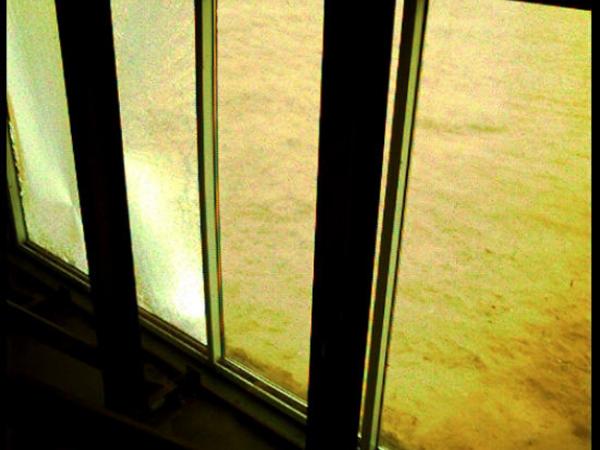 A growing global concern over terrorist activities has resulted in an increasing number of architectural specifications that require security glazing.

Both private and public sector buildings – many of which are located in dense urban areas – are incorporating design features and materials that enhance occupant safety, including laminated glass to minimize flying glass after an explosion.  While laminated glass has been recognized for its ability to retain glass fragments after breakage, this benefit is particularly important for buildings that are the target for terrorist activity.

Standards for testing glazing and systems incorporating glazing are available from ASTM and ISO for both shock tube and arena.  Government standards for blast resistance are also available, although not always published for security reasons.  Low level requirements will result in thinner, lighter glazing, while higher blast performance may necessitate thicker, heavier laminate constructions, attachments, and frames.  Blast consultants are often part of the design team.  Their primary role is to assess the risks associated with the project, identify the building’s vulnerabilities, and recommend specific options to protect the building and its occupants.  Blast consultants often use software tools for their analyses.

These tools may be used to estimate the performance and security level of glazing systems without running an actual blast test.  The properties of the glass and interlayers used in blast resistant glazing are part of the software package to enable blast consultants the opportunity to investigate the effect of a PVB interlayer as compared to an ionoplast interlayer like DuPont™ SentryGlas® on protection from a blast event.  Both interlayers can be used to mitigate the effects of an explosion.

Terrorism is on the rise.  From the 2001 crashing of hijacked planes into the World Trade Center to bombings in Iraq, Indonesia, India, Pakistan, and the Philippines, the last decade has been marked by thousands of fatalities and injuries caused by terrorist attacks. Much of the destruction worldwide can be linked to car and truck bombs, which serve as their own delivery mechanisms and carry a relatively large amount of explosive without causing suspicion.  Car bombs produce flying debris, including glass, which can cause secondary damage to people and property.

In 1995, a truck filled with, among other things, 108 bags of high-grade ammonium nitrate fertilizer, three drums of liquid nitromethane, several crates of explosives, and seventeen bags of ANFO,  was detonated in front of the Alfred P. Murrah Federal Building in Oklahoma City, Oklahoma (USA).  The bombing took the lives of 168 people, injured more than 680, and caused $652 Million in damage.

In 1998, two United States Embassies in Dar es Salaam, Tanzania and Nairobi, Kenya were bombed simultaneously by terrorists, leaving 258 people dead and more than 5,000 injured.  Again trucks were used to deliver the bombs.  The Nairobi bomb was made of 400 to 500 cylinders of TNT, ammonium nitrate, aluminum powder and detonating chord.  The cylinders were packed in special crates that were sealed and placed on the bed of the trucks.  The explosion destroyed half of the embassy building and shattered glass in windows in neighboring buildings.

While bombings cannot always be prevented with screening and surveillance, buildings can be made safer by incorporating products and strategies that promote a safer environment.  Blast resistant glazing design is one part of a set of design strategies that are aimed at reducing injuries from flying glass.

Laminated glass is made with two pieces of glass bonded together by an interlayer, typically Polyvinyl Butyral (PVB).  PVB is a solid sheet resin interlayer that is available in thicknesses ranging from .38mm to 2.23 mm.  The original application for PVB was car windshields, and as such, the product has been used in this application for more than seventy-five years.  PVB is a tough, ductile viscoelastic polymer that offers improved impact resistance and post-glass breakage performance, as well as the ability to absorb energy and reduce transmitted energy to the impacted object (e.g. a passenger in a car crash).  As an architectural interlayer, PVB has been used for intrusion, physical attack, and ballistics resistance, as well as bomb blast protection.

SentryGlas® ionoplast interlayer has also been used for impact protection.  Originally developed to resist wind-borne debris occurring during a hurricane, this tough ionomer-based interlayer is stiffer and more tear resistant than PVB.  It was first used in window, door, curtain wall, storefront and skylight systems tested for impact resistance and a regimen of pressure cycles characteristic of a hurricane event. The U.S. State Department also incorporated ionoplast interlayers in their Standard Embassy Design of windows because of a requirement to withstand higher pressures and longer impulses than those found in other government/military specifications.

ASTM F1642 Standard Test Method for Glazing and Glazing Systems Subject to Airblast Loadings (1) was first published in 1996.  The most current edition of the standard is 2010. ASTM F1642 enables the user to determine a hazard rating for the glazing or system utilizing either a shock tube or arena test.

In 2010, DuPont sponsored a laminated glass testing program using the shock tube at ATI Laboratories in York, Pennsylvania to compare PVB laminated glass to ionoplast laminated glass performance.  Following the shock tube testing, DuPont sponsored several rounds of arena testing outside of Lubbock, Texas, run by HTL Laboratories.  The purpose was to further examine the use of these interlayers in window, storefront, and curtain wall systems.  In both cases, the peak pressure and impulse were set at 41 kPa (6 psi) 282 kPa-msec (41 psi-msec), representative of levels found in the Unified Design Criteria (UFC) of the U.S. Department of Defense.

The test specimens were 126 cm (49.75 in)  x 172 cm (67.75 in) wet glazed into a wood frame.  The results are presented in Table 1.  ASTM Hazard Ratings are expressed differently than those of the U.S. General Services Administration (GSA).  GSA Condition 3a equates to the Very Low Hazard level defined in ASTM F1642 where the glass cracks, and fragments land on the floor no further than 1 meter.  GSA Condition 2 equates to ASTM F1642 No Hazard, where glass cracks but is retained in the frame.

The overall performance of the glazing systems evaluated in arena tests reinforced the viability of SentryGlas® interlayer in systems designed for low level blast performance.  A sample of the results is shown in Table 2.  Note that these systems also are designed to perform to various hurricane test protocols required for construction in certain regions of the United States.

Blast consultants often use blast software to assist in the design of glazing systems.  These programs allow the user to readily model a variety of glazing systems and predict the glass fragment hazard, calculate and display time-history plots of loading, displacement, velocity, acceleration, and reactions, automatically determine glazing capacity, and generate pressure-impulse curves.   The physical properties of both PVB and SentryGlas® are required as a basis of software tools.  Figure 4 shows tensile properties of both PVB and ionoplast interlayers measured at high strain-rates appropriate for modeling the response of laminated glass under dynamic blast loading.

The tensile characteristics of a SentryGlas® ionoplast interlayer shown in Figure 4 have recently been incorporated into the WINGARD suite of blast software design tools (developed and distributed by ARA, Vicksburg MS, USA).  The performance of ionoplast laminates predicted by the WINGARD software matches our observed test results for both the shock tube and arena tests.

Blast resistance of glazing materials and systems utilize laminated glass to reduce the hazards associated with an explosion.  Laminates with either PVB or ionoplast interlayers are typically used in window, door, curtain wall, and storefront systems designed to provide a high level of performance than standard systems.  Shock tube and arena test results support the use of ionoplast interlayers in lieu of PVB.  Software tools are able to model both interlayers for a dynamic blast analysis of the glazing.

The DuPont Oval, DuPont™, Butacite® and SentryGlas® are registered trademarks or trademarks of E. I. du Pont de Nemours and Company or its affiliates.

Devil's Detail: Bent Glass
From domed skylights to curved handrails, revolving door enclosures to building enclosures, the dramatic curves of bent glass offer architectural form and function.
Devil's Detail: Fire-Rated Glass
The main goal of all fire-rated glass is to compartmentalize fire to enable safe exit. It is most commonly used around egress areas, property line walls, stairwells, and points of exit.
#AskGlaston: Isn’t our company’s tempering system working automatically?
Glaston is working hard to make tempering furnaces more automated.
glasstec Specialist Article No. 4: Glass in Modern Architecture
Held in Düsseldorf from 15 to 18 June 2021 glasstec will pick up on the latest glass trends related to shapes, formats and structures.
#AskGlaston Episode 58: Why is SentryGlass more difficult to laminate than normal PVB?
That’s an excellent question! It really is true that SentryGlass is more difficult to laminate in many aspects than standard PVB. But if we first think of what SentryGlass has been designed for, it is to give structural strength to the laminate.
A lesson in color layering
Two plus two does not equal one!

Folienwerk Wolfen on the NBS Platform

A letter from a special customer | NorthGlass

Tvitec dress up the trendiest mall in Slovenia with Tecglass technology