A UK steel glazing company is helping to complete one of the most significant regeneration projects in the Middle East, the US$160 million redevelopment of the Solidere Beirut Souks.

The project has created The Lebanon’s largest shopping area, with over 200 retail outlets, as well as leisure, entertainment and other public spaces, bringing back to life an area of the city that had been badly scarred by the country’s civil war.

Devizes-based Wrightstyle has supplied some 1300 sq metres of SR60 large-span curtain walling, as well as a large number of thermally-broken window assemblies.  The company was chosen for this nationally-significantly project because it could supply large-span systems able to meet high wind-loading criteria.

Reconstruction of Beirut’s central district started in 1991, with a master-plan aimed at preserving and redeveloping as much of the city’s historic buildings as possible.  However, the original medieval souks had been too damaged in the conflict to be saved and an international design competition was launched by Solidere, the project’s developers.

The new souks are a low-rise complex of buildings, together having 163,010 square metres (1,754,600 sq ft) of floor space and 17,307 square metres (186,290 sq ft) of pedestrian areas that closely follow the ancient Greek street grid.  The Beirut Souks were partially opened in October 2009 with final completion scheduled for the end of this year.

The award of the contract to Wrightstyle reflects the increasing specialism involved in the design of high-performance steel glazing systems, particularly those intended to mitigate against fire or terrorist attack – to being able to withstand high wind-loads in large-span configuration.

In the past few months, Wrightstyle has supplied advanced curtain walling and door systems for projects in Hong Kong, the USA and Malta.  The company has also been specifically involved with a number of other regeneration projects, both in the UK and internationally.

Wrightstyle’s has a proven expertise in designing large-span glazing systems, a key factor for the Beirut contract, and its systems are in place from Ocean Terminal, a retail and entertainment complex in Edinburgh, to Langham Place, a retail and mixed-use development in Hong Kong.  In both projects, particularly in Hong Kong which sits in a typhoon zone, wind-loading was a key design criterion.

“We are very pleased to have supplied to this prestigious project in Beirut, an important element in the redevelopment of this historic and beautiful city.  It underlines how specialist the international design and supply of steel glazing systems has become, with specifications becoming more and more stringent,” said Tim Kempster, managing director, Wrightstyle.

For images, please go to: 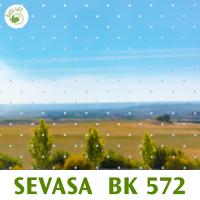