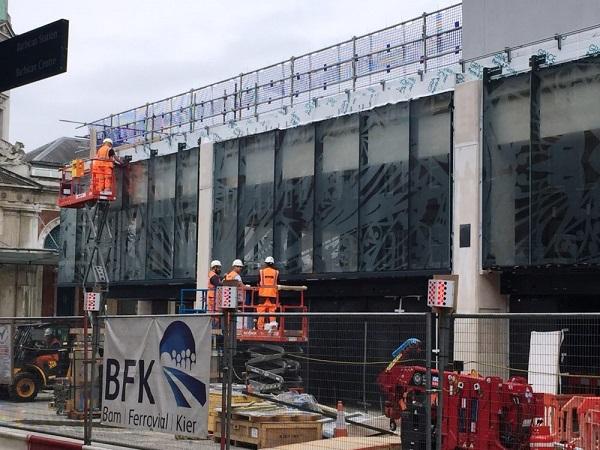 Artwork doesn’t usually measure over 50 metres long and weigh several tonnes, but that’s the challenge that Wrightstyle has to overcome as it completes work on Farringdon station on London’s Crossrail project.

Artwork doesn’t usually measure over 50 metres long and weigh several tonnes, but that’s the challenge that Wrightstyle, the advanced glazing systems supplier, has to overcome as it completes work on Farringdon station on London’s Crossrail project.

The enormous artwork entitled Force and Energy was commissioned by the Crossrail Arts Programme, which is integrating art into several Elizabeth Line stations to reflect the ambition of London’s new railway and the communities it serves.

British artist Simon Periton drew inspiration from the nearby Hatton Garden diamond district, and his artwork is a sequence of gemstones that will roll and tumble across the station’s interior walls – over 45 glass panels of up to three metres tall and two tonnes in weight. 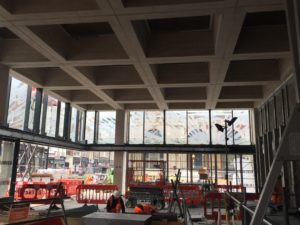 The Elizabeth Line is expected to fully open at the end of this year and will increase London’s rail capacity by 10% when it is fully operational.  The new Farringdon station is expected to serve 82,000 passengers every working day.

The £14.8 billion Elizabeth Line has 40 stations, including ten new stations, and will have up to 24 trains running each hour in both directions on its 100 kilometre route.

Specialist glass from Hero Glass was chosen for the project “which pushed the capabilities of normal glass design, but which also successfully fuses art and architecture in this remarkable building,” according to Lee Coates, UK director, Hero Glass.  The glass panel artwork was created using a silk screen print process in Hero’s factory which gave the visual result the artist was looking for. 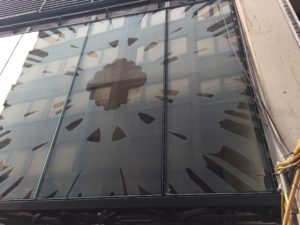 Wrightstyle has particular expertise in major transportation projects, both in the UK and internationally, with recent completions including a major railway hub in Hong Kong and the renovation of the iconic frontage of London’s King’s Cross station.

The company is an international leader in the supply of guaranteed systems to mitigate against fire or ballistic or bomb attack – and has live tested its systems against both car and lorry bomb attack, using up to 500kg of TNT-equivalent high explosive.

“Crossrail is the largest construction project in Europe and passenger safety is, of course, the paramount concern of the design team,” said John Woodcock, contracts manager, Wrightstyle.

The artist Simon Periton talks about his inspiration here.