NorthGlass to occupy the C position in the industry 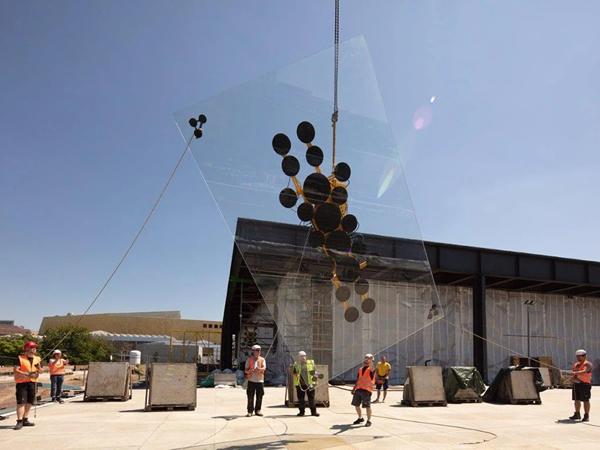 All glass for the new National Gallery renovation project is produced by only one Chinese company- Tianjin NorthGlass.

A while ago, there was an online article on the renovation of the New National Gallery created by Ludwig Mies van der Rohe, in which mentioned that “owners have found only one standard supplier in the world - one supplier from china and asked: which chinese company?”

How are you going to make us to occupy the C position?

The new National Gallery (German: Neue Nationalgalerie), located in the cultural square in the heart of Berlin, near Potsdam Square, was built in 1965 and completed in three years. It is the last representative work completed in the legendary life of architect Ludwig Mies Van Der Rohe.

After its use of nearly 50 years, the new National Gallery was renovated in 2015 by David Chipperfield Architects, and whose minimalist design style is famous all over the world. The new project is expected to be completed in April 2021 and to be opened in August of the same year. 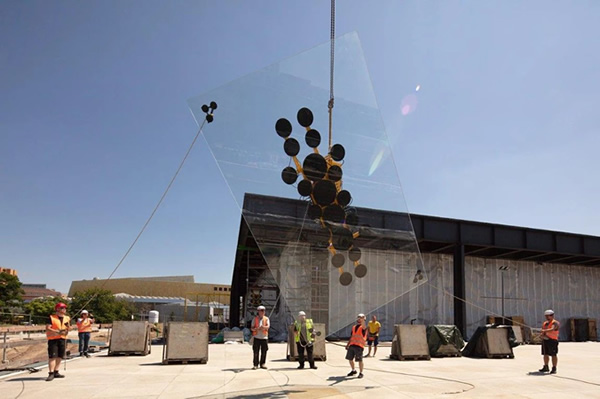 The gallery is a two-story square building, with a clear posture at a glance. The upper layer is a large glass courtyard covering an area of 2600 square meters. The huge square flat roof is supported by eight cross-shaped columns, which are mainly used for special exhibitions. The lower layer can accommodate permanent collections and provide special exhibition and learning platforms for viewers and schools. In addition to exhibition space, museum buildings include libraries, shops and cafes.

The renovation project of the new National Gallery includes the whole architectural appearance and structure, and also meets the requirements of modern museum operation and tourist service. Official presented that in order to ensure the openness and unity of the curtain wall, all glass is produced by only one Chinese company- Tianjin NorthGlass.

And its most characteristic is the super-large structural glass of the glass curtain wall in the upper hall, with a width of more than 3.5 meters. Such a wide toughened laminated glass is extremely rare in European architectural applications and super glass is more like a bridge between space and light.

Joachim Jagger, director of the New National Gallery, said “After years of renovation, the sun-filled glass halls and basement spaces are shining, and the new glass, the perfect painting of the steel roof and the freshness of the building as a whole are particularly impressive.”

The building, from the whole of the huge glass roof to the nuances, seems to be striving for excellence for the “purity” of the building, it has clear and rational style with a minimalist but detailed structure. NorthGlass has the same way to make very simple glass with complex to subtle craft. NorthGlass not only witnessed the non contemporary modernist architectural style, but also witnessed the outstanding vision of architects.

The C position is destined for NorthGlass.

600450
www.northglass.global
NorthGlass to occupy the C position in the industry glassonweb.com

The Şişecam Project in Touch with Nature Surrounded by Juniper Trees: Folkart Ardıç Residence
Şişecam’s flat glass products were preferred in the Folkart Ardıç Residence project in Çeşme/İzmir.
ICSA 2022 - 5th International Conference on Structures & Architecture
The aim of the ICSA conferences is to present research and developments on the merging of architecture and structural engineering.
Facade Tectonics Institute Recognizes Industry Leaders with the Vitruvian Honors & Awards
In this first 2022 issue of SKINS, we pause to look back on 2021 through our most-read stories of the year, which we’ve recycled here in case you missed them (more original content coming in 2022!).
The Kaleidoscopic Station: Colorful High-Speed with Vanceva and Tvitec
Leon's High-Speed underground rail line ‘breathes’ through 11 luminous and kaleidoscopic skylights with Vanceva.
Glas Trösch: Public hospital in Solothurn with user-focused glass solutions
A new 290-bed public hospital recently open its doors in Solothurn, Switzerland
NGA Leads Architectural Glass Activities for the International Year of Glass 2022 in the U.S.
Planning for activities begins this week at the NGA Glass Conference in California.