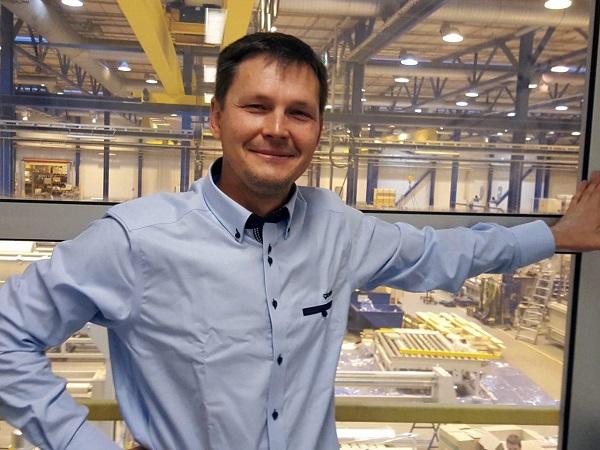 Konstantin Petrov replaces David Charnock, who celebrating 50 great years in the glass industry will retire at the end of this year.

As of July 1, 2021, Konstantin “Konsta” Petrov has taken the helm as Sales and Service Director of Glaston’s Australian Branch Office. Konsta replaces David Charnock, who celebrating 50 great years in the glass industry will retire at the end of this year.

Konsta, too, has held a wide range of responsibilities for many years in the glass processing industry. He began his career in 1996 as a senior operator and later as a chief technologist at glass processing factories in Moscow, Russia. In 2001, he joined the Moscow Tamglass Maintenance Service unit to work as a service engineer, and later on, as a service manager for LLC Tamglass-Bavelloni.

Konsta moved to Singapore from 2006 to 2009 to manage after sales in the Asia Pacific market. He returned to Moscow in 2009 as Service Manager for Glaston, where he then took on new roles and more responsibility in the region before relocating in 2017 to Sydney, Australia, to become Service Manager at Glaston Finland Branch Australia.

Konsta has worked now for several years alongside David. He praises David’s leadership skills, saying it is no exaggeration to credit him with the growth and development of the glass industry in the region.

David’s career began in 1971 at Pilkington Glass in St. Helens, UK, unofficially known as the Pilkington capital. In 1988, he moved with his family to the other side of the world, joining Glaston in 2019 after working in numerous management roles in Pilkington Glass Australia and Viridian Glass.

“Thank you for your constant positive attitude and extremely hard work! Your contributions to the company are greatly appreciated,” Konsta underlines, as he and David continue to work closely together for the rest of 2021 to ensure a smooth leadership transition.

Siegfried Glaser, founder of HEGLA, passes away
HEGLA says farewell to their company founder, longstanding Managing Director and Executive Board Member Siegfried Glaser.
FACE 1 Tecglass Technology at Project 923 Quentin Building – New York
JETVER BASE inks range were developed by Tecglass for the world of architecture, providing excellent performance in terms of chemical resistance to the effects of weather and superior durability over time.
Early Bird Registration is Still Open for the Facade Tectonics 2022 World Congress!
Register today with our Early Bird pricing to claim your spot amongst the industry’s most influential leaders and academics.
Fensterbau Frontale 2022: “Summer Edition” with extensive supporting programme
Fensterbau Frontale takes place as a one-off “Summer Edition” from 12 to 15 July 2022.
Tecglass Jetver Ultra, infinite colours for the most imaginative projects
With Jetver Ultra, Tecglass brings sweeping changes to the inks sector for digital printing on glass.
The Italian Glass Weeks: Less than 30 days left to nominate your event
There are less than 30 days remaining to participate in The Italian Glass Weeks, the first edition of the event that combines two internationally renowned shows, Vision Milan Glass Week and The Venice Glass Week.

Semantic segmentation with deep learning: detection of cracks at the cut edge of glass

Getting white haze under control in tempered glass