This move is in response to growing demand for EVA film used as an adhesive film for solar modules. Bridgestone has earmarked approximately ¥5.4 billion for investment in the project, with plans to begin increasing production in early 2011. Combined with the previously announced expansion plan in April, 2008 which will begin increasing production in late 2010, Bridgestone will have boosted production capacity by roughly 3 times relative to current levels, once underway. Total monthly production of EVA film will be around 3,000 tons.

Amid rising concerns over global warming caused by greenhouse gases such as carbon dioxide, photovoltaic power generation is becoming increasingly important from the perspective of environmental protection. This is because it is a clean energy system that does not release any waste emissions during the power generation process. In recent years, demand for solar modules has skyrocketed worldwide, and in line with this, demand for EVA film for use as an adhesive for solar modules has also grown dramatically.

EVA film is used to fasten the silicon cell (which converts the sun’s rays to electricity) to the glass surface through heat-induced molecular binding. EVA film becomes transparent and colorless upon heating, while its waterproof nature and strength against ultraviolet rays makes it an ideal adhesive film for solar modules outdoors.

At Bridgestone, environmental activities are one of management’s top priorities, and are viewed as indispensable in achieving the management goal to “establish the status of being the undisputed world No.1 tire and rubber company both in name and reality”. EVA film is one product borne from such activities. Bridgestone considers increasing production capacity of this product further as the need arises in line with projected growth in demand for solar modules.

STRATO® is the first and only EVA interlayer certified by Miami-Dade County
STRATO® has passed the weathering and flammability requirements that have been set and mandated by Dade County Florida to allow the sale of the product in the windborne debris zone.
STRATO® Bird Friendly
The first anti-collision EVA film to protect birds
The maximum acoustic comfort with STRATO® EVA interlayers
The complete range of STRATO® EVA interlayers is characterized by its excellent sound insulation properties.
STRATO® EVA interlayers meet EN 16613:2019 standard
It's very important to select the most appropriate interlayer to use in glass lamination: STRATO® EVA interlayers meet EN 16613:2019 standard.
STRATO® is the widest EVA film in the world
The world’s largest EVA film is already a reality: it is STRATO® produced in Italy by Satinal Spa.
Guardian Glass launches new coater in Czestochowa, Poland
Guardian Glass started full production on a technologically advanced new glass coater, July 6, at its second facility in Czestochowa, Poland. 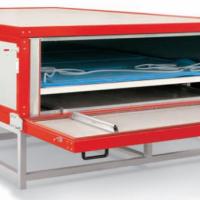