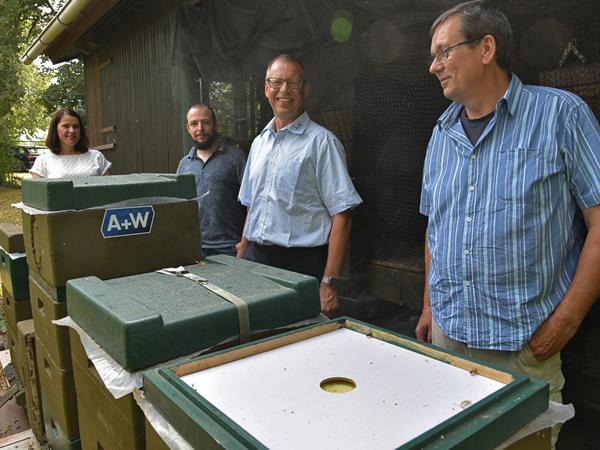 Bees help us – so now we're helping the bees

Did you know that frequently more than 30,000 bees live and work in a single beehive during the summer? They fly far and wide to find abundant blooms and they gather nectar and honeydew by the kilo. At home in their beehive, they make honey from these. 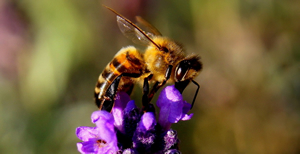 Something that snackers usually don't understand is that even more important than the delicious honey is the bees' pollination work, which makes them the third most important creature in agricultural production. Without bees, we simply wouldn't have many types of fruits and vegetables. Experts estimate the economic benefit of bees in Germany to be approximately EUR 4 billion per year. For this service, the beekeepers' charges aren't paid anything at all.

We've known for a long while that bees are endangered. In particular, modern forms of agriculture threaten their well-being. For example, monoculture and the insecticides and herbicides that are used to destroy crucial blooming plants in the fields, for farmers regard these plants as weeds. And the varroa mite is a dangerous pest that threatens the bees and that beekepers constantly have to combat.

"And climate change," explains beekeeper Kay Lürßen, "also harms the bees. They need enough water to live and make honey. Food gets scarcer since the plants' nectar production also relies on moisture. This summer is already much too dry."

Some support for the bees would be a good idea, thought A+W employee David Gorr. Beekeeper Lürßen is his neighbor, and David is interested in bees.

From their many conversations came the idea of a bee sponsorship - and now, thanks to David's initiative and the management's enthusiasm for his idea, A+W has "its" beehive with Kay Lürßen. Of course we don't tend "our" hive personally, Mr. Lürßen still takes care of this. He does it much better than we could. But we support him in his work. According to the principle "it's better to light a candle..." - but you know how the saying goes.

The management is especially pleased that we can support a project here in the region, actually right nearby – Mr. Lürßen's hives are in a beautiful meadow with trees and bushes between Steinbach and Annerod.

Now, all employees hope that they will soon be able to harvest meadow flower honey from "their" hive – the bees are already working diligently on this.

Visitor appetite for FIT Show at record high
FIT Show pre-registration figures are up 130% compared to 2019.
The Glass events – glasspex India, glasspro India, fenestrationpro India have been rescheduled to 03 -05 March 2022
In view of the impending uncertainty during these pandemic times, Messe Düsseldorf India has decided to reschedule the combined events of glasspex India, glasspro India and fenestrationpro India.
NGA Announces New Commercial Fenestration Systems Manual
NGA is proud to announce the publication of the Commercial Fenestration Systems Manual, an authoritative resource on the complete fenestration system for the glass and glazing community.
China Glass 2021
Welcome to the 31st China Glass Exhibition in Shanghai
Enhance Worker Performance with Automation | A+W
One way change is happening in our industry is through the utilization of new technologies, including software.
Glass for Europe welcomes the update of the EU Industrial Strategy
Yesterday, the European Commission released the update of the EU Industrial Strategy, firstly published in March 2020, just before the explosion of the COVID19 pandemic.