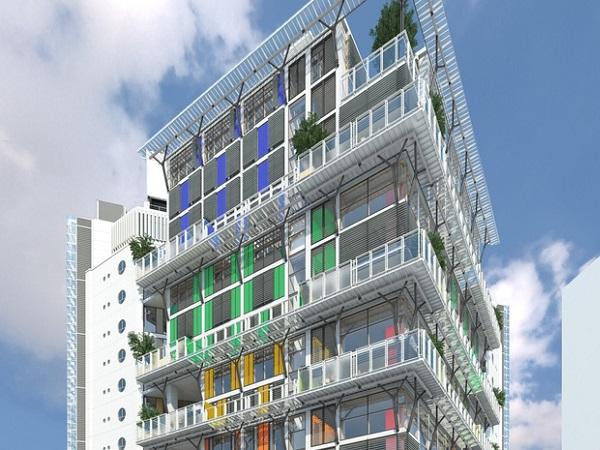 We recently completed a project at Guy’s Hospital in London, supplying fire-rated windows and curtain walling. We’ve also worked on other healthcare projects across the UK, as well as internationally in Saudi Arabia and Hong Kong.

In each case, our systems either robustly contain fire and prevent it spreading, or protect escape routes. That’s particularly important in a hospital or healthcare facility where many of the occupants may be frail or immobile.

While fatal fires in hospitals are thankfully rare, they do happen. In January this year, nearly 40 people died in a fire in a hospital in Miryang, South Korea – the country’s deadliest fire in nearly a decade.

That initial assessment starts with a close examination of the possible risks against the hospital’s occupants, structure, resources and continuity of operations, and there are a number of assessment methodologies to understand the potential threats, identify the assets to be protected, and how best to mitigate against risk.

It’s led to design teams taking a multi-disciplinary approach to assessing hazards – from power failure to cyber attack, from civil disorder to fire and explosive detonation – and arriving at risk assessments that, hopefully, illuminate how that that building should be designed, built and safely operated.

But the size and complexity of modern hospitals means that the risk of fire cannot be entirely avoided. What’s important is that it is detected quickly, contained and then dealt with.

Modern thinking on fire safety in healthcare facilities extends back to 1949 and a catastrophic fire in St Anthony’s Hospital in Effingham, Illinois, which killed over 70 people, including 11 newborn babies.

From that disaster came regulations on flame-retardant materials and effective barriers to contain fires at source, and a new recognition in both the USA and UK that containment was an integral part in minimizing fire risk.

Fire safety is an issue that is constantly being reviewed. For example, following a hospital fire in Ipswich in 2011, all hospitals in England and Wales were urged to review their fire safety measures – with worries over mismanagement and lack of governance.

But if fire does break out, it needs to be suppressed – most commonly with a sprinkler system – and contained, which is where specialist glazing systems have an important role to play – containing the fire for up to 120 minutes: long enough for safe evacuation and for an emergency response.

At Wrightstyle, we have long UK and international experience in designing steel and aluminium systems to mitigate against fire and other security risks, in all kinds of commercial and public buildings. For example, for a healthcare project in Hong Kong, in a typhoon area, the design specifically required high wind-loading resistance – which our advanced systems provide.

In a hospital environment, where ambient light has an important influence on staff morale and patient recovery, glazing systems can have both a functional and aesthetic purpose: helping in the recovery process and, if fire breaks out, ensuring that it is contained at source.

Solarban® glass by Vitro Architectural Glass clads four 2022 top 10 green buildings
AIA Committee on the Environment (COTE) honors three renovated buildings with additions and one new build featuring high-performance solar control low-e glass by Vitro Architectural Glass
Glass Futures Agrees Strategic Partnership with North West Business Leadership Team
The NWBLT believes that by working together can support the delivery of a multi vector energy system that will drive clean growth, deliver investment and jobs and help to build a better future for communities and businesses.
Parliamentary debate celebrates UK glass industry
The British glass industry and its supply chain was celebrated as part of a parliamentary debate that took place on July 14.
‎Advanced interlayers: Designing with laminated glass
Episode 4 of Kuraray's new podcast season now available: Find out what new design options the high-tech glass interlayers from Trosifol® and SentryGlas® offer you for your next architectural projects.
FIT Show Announces 2022 Marketing Award Winners
FIT Show organisers have announced the winners of its ‘Best FIT Show Marketing Campaign’ following its hugely successful 2022 event, which took place at Birmingham NEC from 10 - 12 May.
NorthGlass super glass, the approaching station - Jiaxing
The space of a city should belong to everyone. Architecture, sunshine, nature and fresh air should be shared in harmony to create a convenient, comfortable and humanized environment for living and travel.