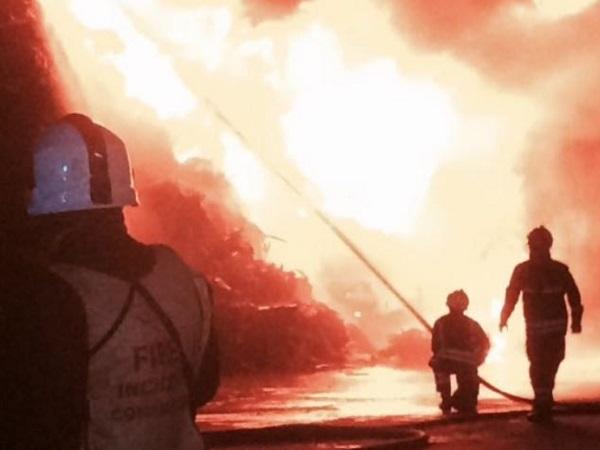 The tragic fire in a Siberian shopping centre earlier this year underlines once again how even the most seemingly-safe places can be made dangerous by poor design and human stupidity.

Some 41 children were among the 64 people killed at the Winter Cherry shopping centre in the Russian city of Kemerovo, a blaze made worse by the fact that fire exits were blocked and the centre’s public address system was switched off.

However, the Russian fire isn’t the worst shopping centre fire on record.  That happened in 2004 in Paraguay, and was caused by a spark in a fast food outlet.

That comparatively minor incident in the Ycuá Bolaños supermarket on the outskirts of Asunción, the country’s capital city, went on to orphan over 200 children.

International fire investigators found that the fire started in an improperly-maintained grill located in the centre’s food court. The fire then spread downwards to the underground garage, where a car exploded, bringing down the centre’s ground floor into the basement.

The final toll was 364 dead, nine simply “disappeared,” and nearly 500 injured. Forty-six children died. The sheer scale of the tragedy so overwhelmed local health services that burns victims were also treated in nearby Uruguay.

The Paraguay fire started with just an ember from a chimney, and that’s how most catastrophic fires begin – often just a dropped cigarette or a spark from faulty wiring. However, if dealt with adequately, most fires pose little threat. But when a fire does take hold, occupants must be able to get out quickly and safely.

It sometimes seems that the lessons of the past are inadequately learned. The operators of the Russian shopping centre could, for example, have learned from the 2012 Villagio mall fire in Qatar which killed 19 people, including 13 children and two firefighters.

Like the Winter Cherry mall fire, it too started with an electrical fault. The fire alarm, according to an eyewitness, sounded almost “like a door bell” – and which many people ignored, some because there had been a recent false alarm. Also, an emergency exit was closed.  In other words, exactly the same set of faults and stupidities.

The fact is that shopping centres can be extremely complex, with potentially large fuel loads and equally large numbers of people within a series of spaces that can include hotels, food courts, cinemas, restaurants, bars, as well as offices, with most people unfamiliar with the shopping centre’s layout and exits.

That’s why compartmentation is so important, dividing the building into discrete fire zones, with retardant materials to limit the spread of fire, and an adequate sprinkler system able to extinguish the fire at source.

That’s  also where our advanced systems come in, tested together to US and European standards, and subjected to furnace temperatures of well over 1000˚c – testing the strength of the glass, the protective level of the glazing system, and their overall capability to maintain compartmentation in a fire situation.

The main lesson from Russia, Qatar and Paraguay is that fire can spread with devastating speed, particularly in a large open space such as a supermarket or shopping centre. The key is containment, trapping the fire, and allowing people to escape along protected evacuation routes to emergency exits that aren’t blocked or locked shut.

Surely that isn’t too difficult to legislate for?