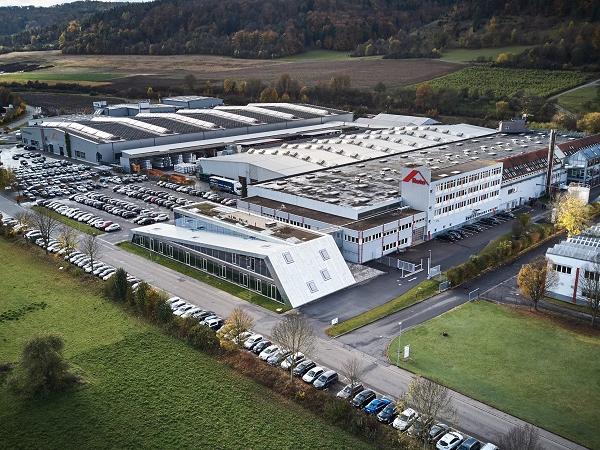 The Roto Group is “on the whole pleased” with the business performance in 2018 and the development at the start of 2019.

As the construction supplier with its around 4900 employees worldwide reports, the overall turnover rose nominally by 4.5% to EUR 661.8 million last year (previously EUR 633.5 million). This growth rate is at the upper end of the specified target range.

According to the Chairman of the Board of Directors Dr Eckhard Keill, both divisions played their part in achieving this growth, in spite of having to cope with difficult market conditions. On balance, Roof and Solar Technology (DST) performed slightly better than Window and Door Technology (FTT).

The upward trend is expected to continue into 2019 “thanks to the company’s own efficiency” and to result in another turnover increase of between 3% and 5%. After a “good” first quarter on the whole, Keill considers the internationally oriented producer to be “fully on track”. Compared to the previous year, both DST and FTT are once again reporting growth. This is mainly down to the efficiency of the strategy that is being systematically pursued to create specific benefits for customers and therefore to differentiate the company and make it stand out from its competitors.

The well-founded company-specific optimism, however, is reaching its limits with regard to the tense geopolitical situation. It remains a “major factor of uncertainty”, which may quickly have a significant impact on the markets relevant to Roto. The “no longer resolvable Brexit chaos” is currently the most striking example of this.

Not only does Keill describe the renewed deadline extension recently granted for leaving the EU with an withdrawal agreement by 31st October 2019 (at the latest) as a continuation of the “seemingly endless story”, he also sees it as an “extremely poor alternative” for the United Kingdom. Against the express wishes of all parties involved, the United Kingdom might now have to take part in the European elections.

This is further complicated by the negative economic effects of Brexit. These consequences are a “foregone conclusion” for the industry and the United Kingdom will bear the full brunt of them over the next few years. The recent EU-China summit, however, offered a “glimmer of hope”. There were signs here that a constructive solution to the trade conflict could be found. The global economy urgently needs these kinds of positive signals.

In general, the future success of the construction supplier is greatly dependent on factors including professionally fulfilling various market and customer requirements. Fast, individual and flexible responses are essential for this. According to Keill, this is exactly what the new Group structure aims to achieve.

This restructuring is set to be implemented by 1st May 2019 and, as reported, will see Marcus Sander join the group as Chairman of the FTT Board of Directors. This will allow the two established divisions to concentrate on their specific line of business, like Roto Professional Service (RPS), without any limitations. The new company offers complete services providing follow-up care for windows and doors. It will publish details of the initial experiences and results over the course of the year.

glasstec 2020 postponed
The effects of the Coronavirus have now also impacted glasstec 2020, which will be postponed to 15 to 18 June 2021.
SentryGlas® from Trosifol delivers structural capabilities and unhindered views in Thailand’s tallest building
The 314 m (1,030 ft) tall 78-floor King Power MahaNakhon, located in the center of Bangkok’s central business district, strikes an impressive pose on the skyline as Thailand’s tallest building.
Guardian Glass Project: 50Hertz Netzquartier
The glass chosen for the facades is Guardian SunGuard® SuperNeutral™ (SN) 62/34.
VetroMount Balustrade System from Bohle Honoured with Red Dot Award as Innovative Product
The VetroMount balustrade system is based on the ingenious yet simple idea of the cable-tie principle, which makes its installation as easy as can be.
VDMA - From start to finish - Virtual production processes are optimising the glass industry
Digitalisation in production is continuing unabated, with monitors, sensors, cameras and server farms becoming characteristics of modern production halls.
Mappi chooses not to participate to Glasstec 2020
In our life priorities come before business. Safety is our first priority. Customer support, constant search in solutions and innovations for a better world, and unconditional love for the glass industry, remain at the top of our hearts and minds.