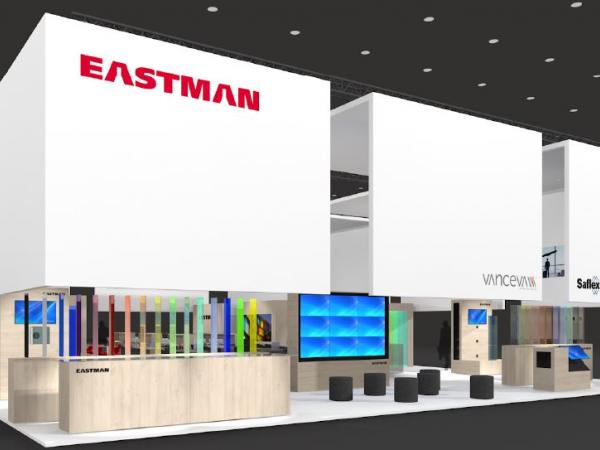 The Eastman booth, located in Hall 11-A48 at the Messe Düsseldorf, will feature interactive displays and information about Eastman PVB product lines including Vanceva Illusion White, Saflex structural, acoustic, solar and automotive PVB products, as well as present the winners of this year’s Vanceva World of Color Awards™.

Since the inception of automotive HUD systems in the late 1980s, wedge shape interlayers have been used to enable a clearer HUD image.

As HUD technology evolves, wedge shape interlayers must also evolve so OEMs can deliver the experience drivers want and expect with this increasingly popular technology.

This international competition recognizes the achievements of architects, interior designers, and other industry professionals who have demonstrated innovative and liberal use of Eastman’s Vanceva color interlayers for laminated safety glass in their building design and interior spaces.

No matter where visitors’ interests lie — architectural or automotive — this year’s Eastman Booth at Glasstec 2016 has something for everyone.