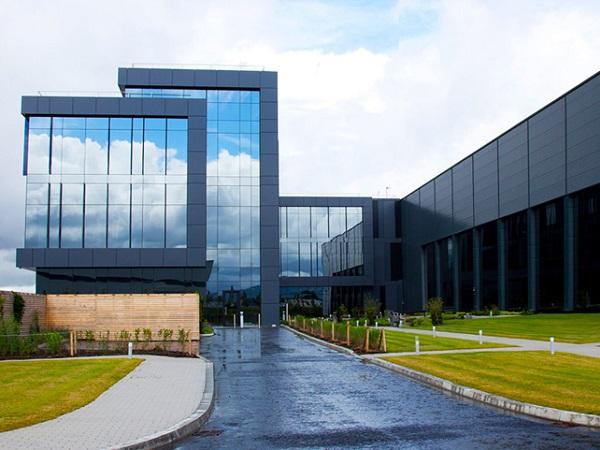 Duggan Systems has been using BM Aluminium’s LogiKal software for more than 10 years – in fact, it bought the software when BM Aluminium was still a division of Business Micros and before it had been set up as an independent business.

At the time, LogiKal represented a major investment for the window and curtain walling specialist, but it has gone on to become an integral part of Duggan’s business, repaying that investment many times over.

Managing Director John Duggan says: “We’ve created our own bespoke version of LogiKal over the years which helps us manage every element of our process from quotation right through to production and labelling.

“We started on a fairly small scale in 2007, but by 2010/11 we were really starting to get the full benefit. LogiKal has certainly grown with us, and we’re constantly adding valuable new functionality every time new updates are released from the developers Orgadata.”

Duggan Systems fabricates in a mix of Reynaers, AMS and Schueco profiles along with many of its own systems, so it makes perfect sense for it to use a software package like LogiKal which is capable of switching seamlessly between all of them.

The company uses the standard data sets but adjusts them to suit the specific way that it uses the profile sections, and has also integrated its own in-house unitised curtain walling system. This, John Duggan adds, is relatively straightforward thanks to the intuitive way that LogiKal works.

BM Aluminium and Duggan Systems have remained close partners since the supply of the software, and the programming team at BM Aluminium’s Tewkesbury head office are in regular contact with the design and manufacturing departments in Co Limerick, advising on new aspects of the software.

Over the years, the BM Aluminium team have also helped to train Duggan Systems’ staff on the software and provide a service which John Duggan describes as ‘hugely helpful’.

One of the key areas where BM Aluminium continues to support is in the linking of Duggan’s machinery. Three CNC machining centres, including a recently added 12 axis Emmegi Quadra, and two CNC saws have all been linked to LogiKal, meaning that set ups and optimisation are all carried out automatically.

Duggan Systems believes that the fact that LogiKal has been able to keep pace so easily with its expansion over the past decade or so has been a critical element in its success.

The Irish construction market has bounced back strongly from the 2009 collapse and Duggan Systems has been at the very forefront of that recovery, growing rapidly and expanding across the whole of Ireland and even into the US.

The company has seen turnover increase from €19m in 2015 to an estimated €33m in 2017, and it is currently producing 800m² of windows and doors per week, alongside 2000m² of curtain walling and 600m² of unitised curtain walling.

Dean Hodges, Managing Director of BM Aluminium, is understandably delighted that LogiKal has proven itself in such an intense environment. He says: “Duggan Systems is a great example of how our software can grow with a business and provide the framework for even the most ambitious expansion programme.

“The company’s reputation has been built on the quality of its design and the short lead times associated with its manufacturing and LogiKal makes a major contribution towards that. Because it is constantly being updated, it is able to do everything Duggans asks of it, and more.”

Renaud Schmitt Rejoins A+W Software
Renaud Schmitt rejoins the A+W Software team as a Cantor Customer Support Specialist.
LiSEC Highlight Interviews / perfectscan
Learn more about the benefits of the LiSEC software perfectscan in today’s video.
NorthGlass' super glass is perfect!
The two sections of Beijing Municipal Administrative Center Library have 276 pieces of large glass supplied by NorthGlass.
Science and Innovation delivers climate solutions at COP26
Senior officials from both UK Research and Innovation (UKRI) and The Department for Business, Energy and Industrial Strategy (BEIS) visited COP26 on Science and Innovation Day.
Winners revealed for annual Glass Focus awards
This year’s winners of the Glass Focus Awards were revealed at a glitzy black-tie event at Hotel Brooklyn in Manchester.
Thermoseal Group Wins Spacer Bar Manufacturer of the Year for the 2nd Year in a Row!
The Group also won the award in 2020 and back in 2017.
LiSEC Highlight Interviews / reporter
The ever increasing amount of data makes administration and meaningful analysis a challenge. With reporter LiSEC offers a simple solution to create own analyses and reports. Learn more in the video.
Acristalamientos Vinuesa bets again on TUROMAS
TUROMAS talked to Felipe Parra, director of ACRISTALAMIENTOS VINUESA, about his business, his objective and the development of the Spanish market.
FGIA Releases New Technical Information Report Establishing Criteria for Window Gauge Device Locations
AAMA TIR-A18-21, Structural Test Deflection and Permanent Deformation Gauge Placement for Fixed and Compression Seal Windows, an FGIA document, is now available for purchase.
NorthGlass has reappeared at Expo Dubai
Tianjin NorthGlass participated in the construction of the liquidity theme pavilion, which designed by company Foster + Partners, and the curtain wall company is Permastelisa.
November 16 Webinar to Offer Glass Cutting, Washing Demonstration, Q&A
The Fenestration and Glazing Industry Alliance will host a webinar entitled “Glass Cutting & Washing Video Demonstration and Live Q&A with Industry Expert, Bill Lingnell” on Tuesday, November 16 at 11:30 a.m. Eastern.
St Helens’ ground-breaking Glass Futures takes the stage at COP26
Glass Futures will put the Liverpool City Region at the forefront of decarbonising the global glass industry, an event at COP26 in Glasgow has heard today (Thursday 4 November 2021). 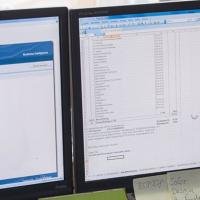 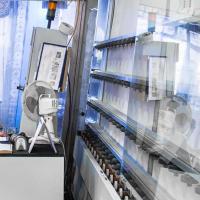 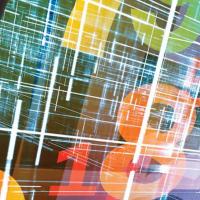