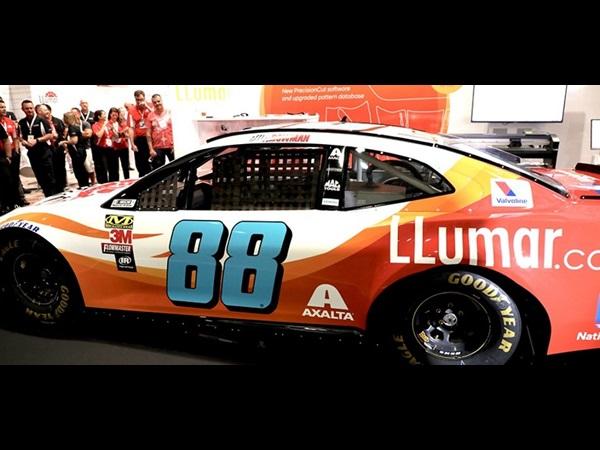 Presented live on day one of the 2018 SEMA show, for over 70,000 car enthusiasts to potentially see throughout the three-day event, attendees took in the new sleek design.

The car showcases a brilliant transitional blend of oranges and reds, the main color elements that represent the LLumar brand. A special touch is the callout of the number 88 in a pop of teal blue, making the numbers appear to be floating.

“We couldn’t wait to pull the cover off the car at SEMA, in front of hundreds of excited fans,” said Darrell Reed, Commercial Director for Eastman. “The partnership with Hendrick Motorsports and sponsoring the No. 88 team has been one of the most thrilling things we’ve done with the LLumar brand so far. The build-up of the new paint scheme reveal has been exciting, and we’ve had a lot of fun with it.”

Earlier this year, Eastman announced that it had joined 12-time NASCAR Cup Series champions Hendrick Motorsports as a primary sponsor for Bowman and the No. 88 Chevrolet Camaro ZL1 team in the premier NASCAR Cup Series through 2020.

The three-year agreement includes associate sponsorship of the No. 88 team in all non-primary events throughout the Cup Series season. Hendrick Motorsports utilizes LLumar window tint and paint protection film on all Chevrolet Camaro ZL1 cars across its entire four-team stable.

“The 2019 LLumar paint scheme looks awesome. The colors of the car didn’t change too much from this year, but there are some noticeable changes to some design elements that I think everyone will like,” said Bowman, driver of the No. 88 LLumar Camaro ZL1. “We have three more races this year, but I am already excited and looking forward to the 2019 season and being behind the wheel of the LLumar Camaro ZL1 for two races.”

Get ready fans because this new paint scheme was designed for a fast car on a fast track and 2019 is looking to be a great ride.

FEN-TECH implements FeneVision ERP software
A production solution for highly-customized manufacturing
The key themes at BAU 2021: Resources and recycling
Setting the pace and giving structure to the wide range of products and services on show—the four key themes chosen for BAU 2021.
Webinar: Understanding Window, Door And Skylight Certification
The Understanding Window, Door & Skylight Certification webinar is designed to help architects and remodelers understand the benefits of window, door and skylight certification, and how certified products can enhance their projects.
GPD 2019 – Market Trends in the Glass Industry (2/3)
This week, we continue with 3 videos from the Market Trends in the Glass Industry session. Please check out the videos via the links below.
NGA to host co-located BEC + GPAD 2021 at Caesars Palace
NGA co-locates two premium conferences connecting glazing contractors and glass fabricators for education.
The Big 5 postponed to September 12-15, 2021
The next edition of the event connecting the global construction community in Dubai is expected to boost the construction sector’s recovery efforts in the post-COVID-19 era. 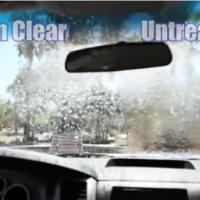 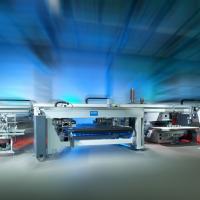 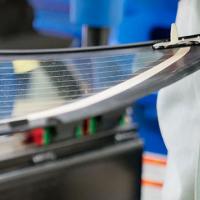