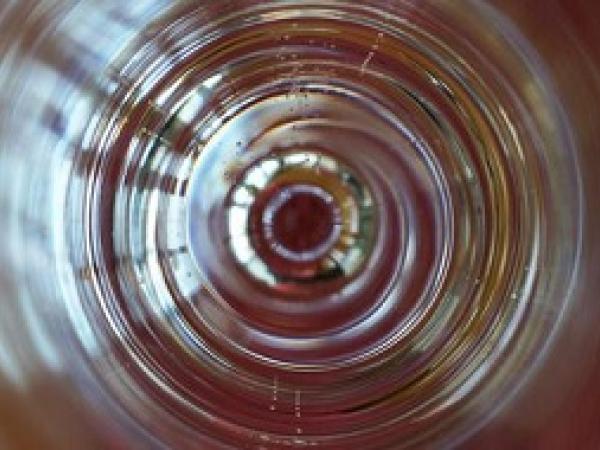 A new method of manufacturing glass could lead to the production of ‘designer glasses’ with applications in advanced photonics, whilst also facilitating industrial scale carbon capture and storage.

An international team of researchers, writing today in the journal Nature Communications, report how they have managed to use a relatively new family of sponge-like porous materials to develop new hybrid glasses.

The work revolves around a family of compounds called metal-organic frameworks (MOFs), which are cage-like structures consisting of metal ions, linked by organic bonds. Their porous properties have led to proposed application in carbon capture, hydrogen storage and toxic gas separations, due to their ability to selectively adsorb and store pre-selected target molecules, much like a building a sieve which discriminates not only on size, but also chemical identity.

However, since their discovery a quarter of a century ago, their potential for large-scale industrial use has been limited due to difficulties in producing linings, thin films, fibrous or other 'shaped' structures from the powders produced by chemical synthesis. Such limitations arise from the relatively poor thermal and mechanical properties of MOFs compared to materials such as ceramics or metals, and have in the past resulted in structural collapse during post-processing techniques such as sintering or melt-casting.

Now, a team of researchers from Europe, China and Japan has discovered that careful MOF selection and heating under argon appears to raise their decomposition temperature just enough to allow melting, rather than the powders breaking down. The liquids formed have the potential to be shaped, cast and recrystallised, to enable solid structures with uses in gas separation and storage.

Dr Thomas Bennett from the Department of Materials Science and Metallurgy at the University of Cambridge says: “Traditional methods used in melt-casting of metals or sintering of ceramics cause the structural collapse of MOFs due to the structures thermally degrading at low temperatures. Through exploring the interface between melting, recrystallisation and thermal decomposition, we now should be able to manufacture a variety of shapes and structures that were previously impossible, making applications for MOFs more industrially relevant”.

Equally importantly, say the researchers, the glasses that can be produced by cooling the liquids quickly are themselves a new category of materials. Further tailoring of the chemical functionalities may be possible by utilising the ease with which different elements can be incorporated into MOFs before melting and cooling.

Professor Yuanzheng Yue from Aalborg University adds: “A second facet to the work is in the glasses themselves, which appear distinct from existing categories. The formation of glasses that contain highly interchangeable metal and organic components, in is highly unusual, as they are normally either purely organic, for example in solar cell conducting polymers, or entirely inorganic, such as oxide or metallic glasses. Understanding the mechanism of hybrid glass formation will also greatly contribute to our knowledge of glass formers in general.”

Using the advanced capabilities at the UK’s synchrotron, Diamond Light Source, the team were able to scrutinise the metal organic frameworks in atomic detail. Professor Trevor Rayment, Physical Science Director at Diamond, comments: "This work is an exciting example of how work with synchrotron radiation which deepens our fundamental understanding of the properties of glasses also produces tantalising prospects of practical applications of new materials. This work could have a lasting impact on both frontiers of knowledge.”

The researchers believe the new technique could open up the possibility of the production of 'chemically designed' glasses whereby different metals or organics are swapped into, or out of, the MOFs before melting.

Clarity on Proper Glass Cleaning
Architectural glass is a durable product that can be maintained in satisfactory condition by regular cleaning using accepted good glass cleaning practices.
What is Embodied Carbon?
The significance of balancing operational and embodied carbon continues to grow.
Stainless Steel Spacers Outperform Foam in Residential Windows
There are parts of the window inside the glass that play a crucial role in its performance.
“Global Glass Trends” by Jorma Vitkala
Analysis of worldwide glass industry developments and trends.
Durability of Saflex® Structural mechanical properties
The determination of interlayer modulus data is complex.
Breaking Misconceptions About Laminated Glass
High-performance interlayers add to the stability, design flexibility, and adaptability of architectural glass

Check Out These Product Demos at GlassBuild